ASTANA – EXPO 2017 recently reached 2.5 million visitors one month ahead of its closing, according to a report presented by Astana EXPO 2017 national company Chairman Akhmetzhan Yessimov to Kazakh President Nursultan Nazarbayev. 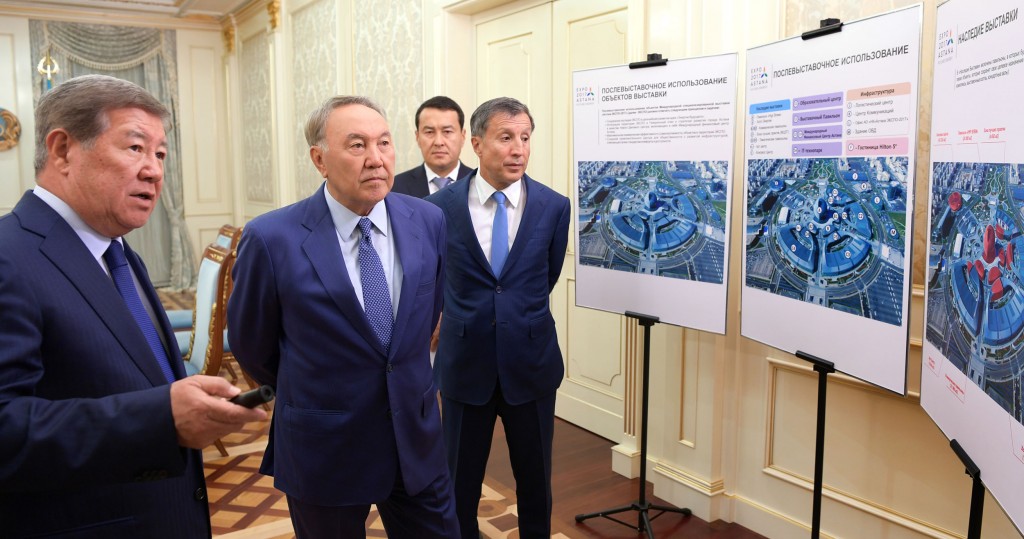 “The number of exhibition visitors was expected to reach two million in three months. To date, this number hit 2.5 million. We also anticipated five million visits to international pavilions; now the indicator has already reached 20 million. Kazakhstan’s pavilion, the Nur Alem Sphere, is the most popular pavilion among visitors. As of today, it has been visited by 831,000 tourists. The figure is expected to reach the one million mark by the end of the expo,” Yessimov said during an Aug. 15 meeting with Nazarbayev.

The number of hotels and hostels in Astana has grown 27 percent due to the expo and their occupancy has increased 60 percent, he reported.

“The expo has positively affected almost all the sectors of the economy. There are more tourists in hotels and public catering places. This resulted in additional funds flowing into Astana’s budget. New jobs have been created. The exhibition complex’s construction involved 196 Kazakh companies, which is approximately 200,000 people. Now there are about 21,000 people contributing to the expo’s operation,” said Nazarbayev.

He also voiced proposals for the post-exhibition use of the expo’s facilities, including the location of the Astana International Financial Centre (AIFC) and an IT startup park as well as the preservation of some exhibition pavilions as a legacy to the event.