ASTANA – The Kazakh and Singaporean delegations signed agreements on joint cooperation in Astana as part of the Singaporean visit to the EXPO 2017 for the National Day of Singapore, the Astana akimat (city administration) reports. 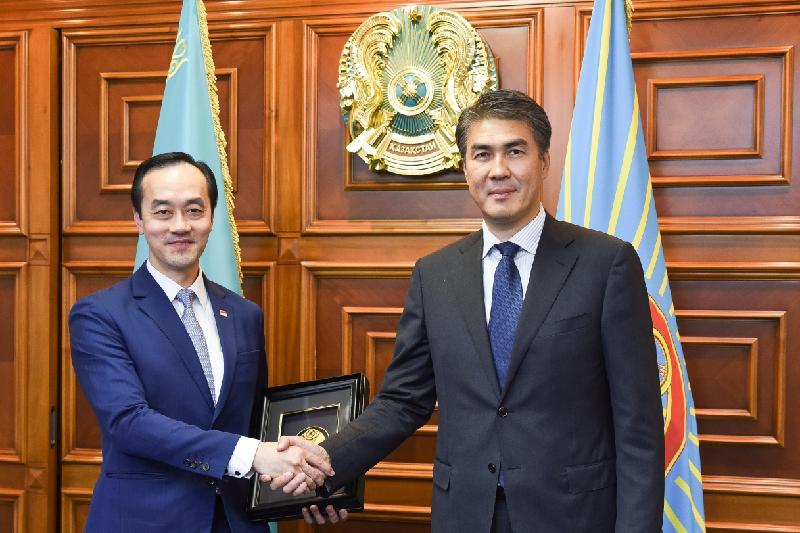 The Kazakh delegation was represented by Akim (Mayor) of Astana Asset Issekeshev and the guests were represented by Senior Minister of Trade and Industry of the Republic of Singapore Koh Poh Koon.

During the meeting, the akim presented the delegation a programme of be capital’s development as tasked by the head of state until 2020. The akim told the gathering about the transformation of the capital to a “smart and safe city” concept. Astana, according to the akim, is also to become a Eurasian and international hub for investors and innovations, taking into account the creation of the Astana International Financial Centre (AIFC).

The Kazakh delegation proposed projects in areas such as the introduction of smart technologies into city planning and management systems in the areas of public transport, health, education, security, and transparent workflows of the akimat and city services.

Following the meeting, the sides agreed to implement projects in three areas.

The issue of green construction and the use of energy-efficient technologies was considered separately. Singapore has developed its own green standard and the number of buildings that meet the green standard is 33 percent.

The second agreement deals with cooperation regarding public transportation systems, road construction planning, parking, the introduction of information technologies in passenger transport and the creation of an integrated model of passenger transport management, among others.

As for the third area, the sides agreed to cooperate to introduce more technologies in public healthcare.