ASTANA – Approximately 125 pianists, violinists and cellists from 20 countries demonstrated their accomplishments June 15-25 at the 10th International Tchaikovsky Competition for Young Musicians. The event, held for the first time in Kazakhstan as part of EXPO 2017, offered musicians up to age 17 the opportunity to declare themselves the best of the best in their respective spheres. 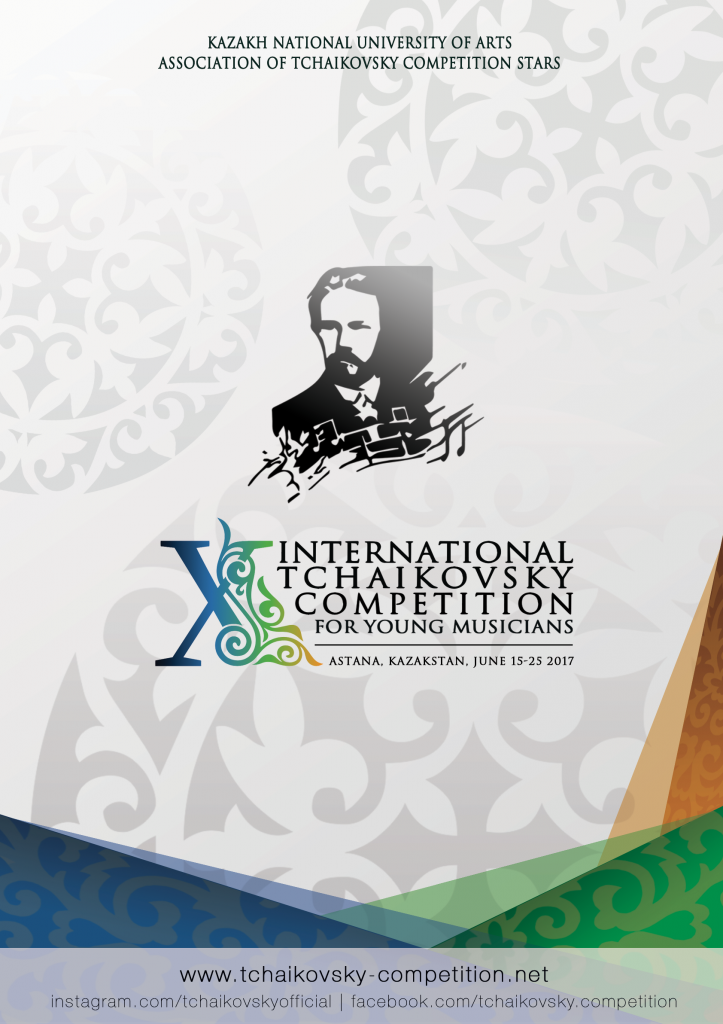 Competition namesake Pyotr Tchaikovsky is considered by some to be one of the most talented composers the world has ever known. Works such as his classic “Scherzo in C-minor” and “Waltz of the Flowers” could surely warm the coldest human heart.

“A pure innovative revolutionary” are words that come to one’s mind when the thought of a Tchaikovsky piece slowly fills listeners’ ears. The legend of the Russian’s wondrous works has lived for more than a hundred years, inspiring up-and-coming composers through the painstaking endeavour to bring the genius of his musical mind to an ever-changing world.

The competition has been held in various countries, travelling to Russia, Japan, South Korea, China and Europe. Only the most famous maestros and outstanding musicians from different nations have the rare opportunity to set foot onstage.

The jury was composed of more than 200 world-famous musicians and teaching professors from 24 countries, providing an unbiased way to discover the most gifted talent due to the members’ vast years of experience. One of the main goals of the event is to provide both competitors and laureates a unique opportunity to jump-start their careers.

“Of course, this competition is an opportunity for us Kazakhs and we want to see our children compete not just abroad but also at home. For them, it is a big ego boost and a stimulus to be able to have the opportunity to win as well as open themselves up even further due to the sheer competition at hand that they face,” said People’s Artist of Kazakhstan Aiman Mussakhodzhayeva.

The International Tchaikovsky Youth Competition has involved thousands of talented young people eager to have their voices heard and the event has become a stepping stone not only for recognition in their native countries, but worldwide.