National round of World Robot Olympiad takes place in Astana

More than 300 schoolchildren are taking part in the national robotics competition of the World Robot Olympiad which took place July 3-4 in Astana. 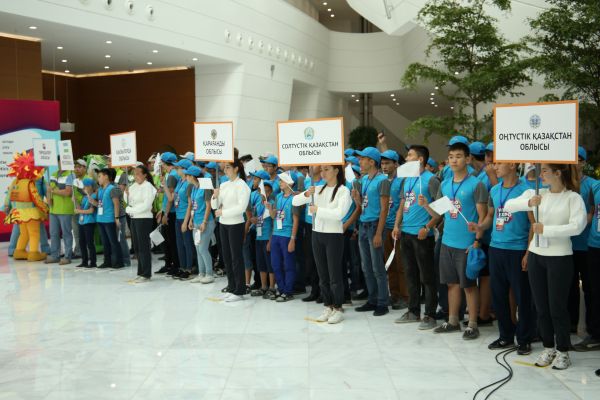 Kazakhstan’s Minister of Education and Science Yerlan Sagadiyev congratulated the participants on the opening of the competition and wished everyone good luck.

“Robotics is gaining ground among young people and I am very glad to see future leaders of this industry together here today. You will make your contribution to Kazakhstan and work towards its prosperity. I would also like to note that the number of participants has increased two and half times this year,” noted the minister in his opening remarks.

The national competition, a qualifying round of the international robotics championship, is held annually by Nazarbayev Intellectual Schools (NIS). This year, the majority of participants came from NIS. In terms of regional representation, Almaty had the largest delegation of 30 children.

The youngest participant was Zhasmin Yeshchanova, who is eight years old. She studies at the ITHOUSE innovative educational centre in Pavlodar. The minister mentioned Zhasmin in his remarks and gave her a laptop.

The winners in all the categories will compete to represent Kazakhstan at the World Robot Olympiad in Costa Rica.