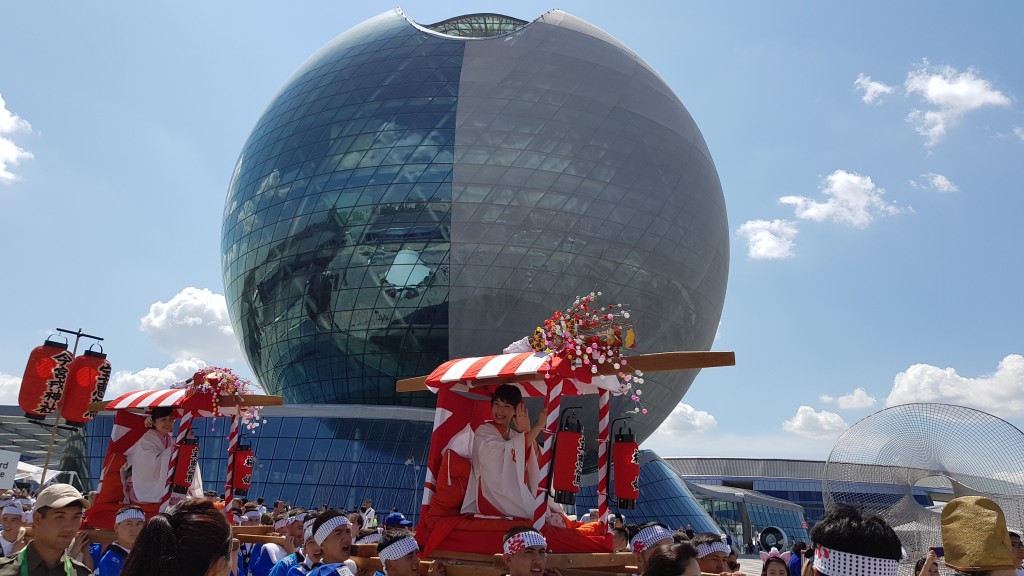 The event was titled “Become a Samurai of Green Energy” and featured traditional Wagakki music, demonstrated a colourful Osaka parade, dances of geishas and performances of samurais and Osaka’s promotion to host the expo in 2025.

The main feature, according to pavilion representatives, was the performance of popular Japanese singer and actor Tatsuo Kamona – the creator of the song dedicated to the expo and the mass choir of Japanese Global Industrial and Social Progress Research Institute. 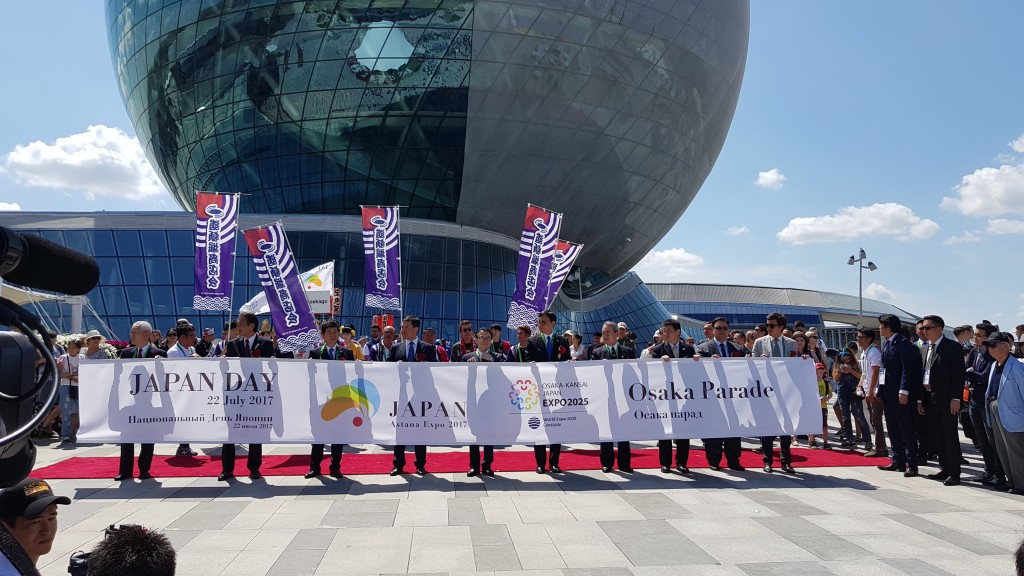 Japan has pursued energy-saving technology since the 1970s, according to the data provided at the pavilion. Thanks to the enactment of the Act on the Rational Use of Energy and the efforts of country’s top engineers, “Japan has realised world-class energy efficiency in a wide range of fields.”

One of Japan’s missions at the expo is to share the lessons learned from the 2011 Fukushima nuclear plant accident and continue its quest for peaceful uses of nuclear energy.

“Japan lacks energy resources,” Japan pavilion representatives said when describing the pavilion. “In order to solve the challenges of energy consumption and environmental problems that are increasing along with our economic growth, we have worked on the promotion of energy conservation, the introduction of new energies and the reduction of CO2 emissions with the whole nation involved.”

The slightly more than 960-square-metre pavilion is divided into three sections. The first section takes visitors through the timeline of the country from 1950s to the present day.

“This zone will deepen your interest and understanding of the ‘all-Japan challenge’ up to now toward resolving energy issues-endeavours made possible only in Japan,” the pavilion official statement said.

In the second zone, the guests will witness the prospects of future energy via a short video clip. And the third section is the interactive part of the pavilion where visitors are able to use VR goggles and play games and solve quizzes.