By Aigerim Seisembayeva in International on 12 July 2017

ASTANA – “Kazakhstan and Germany – 25 Years of Partnership: Cooperation in Energy, Technology and Raw Materials” was the topic of the 20th anniversary meeting of the Berlin Eurasian Club (BEC), held in Astana July 10. 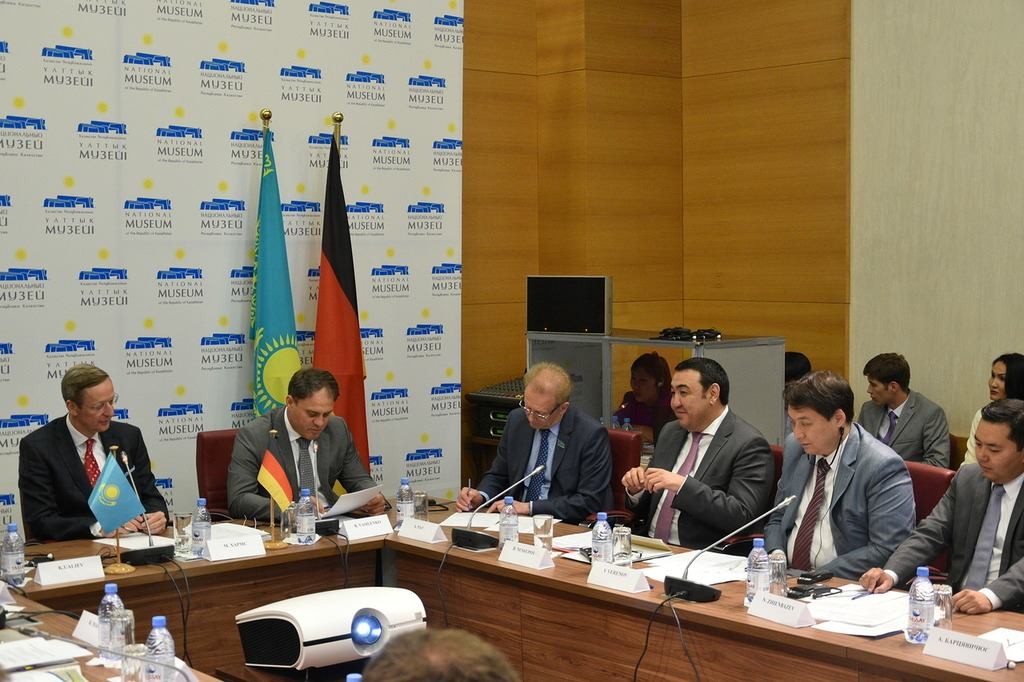 Executive Secretary of the Kazakh Ministry of Culture and Sports Kuatzhan Ualiyev opened the meeting which took place at the National Museum, briefing the audience on Kazakhstan’s history and cultural heritage and the milestones of Kazakhstan’s identity modernisation as outlined in an article by Kazakh President Nursultan Nazarbayev published last April.

Kazakh Deputy Foreign Minister Roman Vassilenko noted in his remarks that over the five years of its existence, BEC has become a meaningful dialogue platform where pressing issues for both Kazakhstan and the entire global community are discussed in an atmosphere of mutual understanding and trust. Noting the relevance of the topic, he highlighted the success of Kazakhstan and Germany’s cooperation in the study and reassessment of Kazakhstan’s deposits of solid minerals that are of strategic interest to the German economy. A number of companies, such as the Ulmus Fund, AurumDeutschland AG and ICMDHoldingGmbH, have already started implementing projects in that sphere. 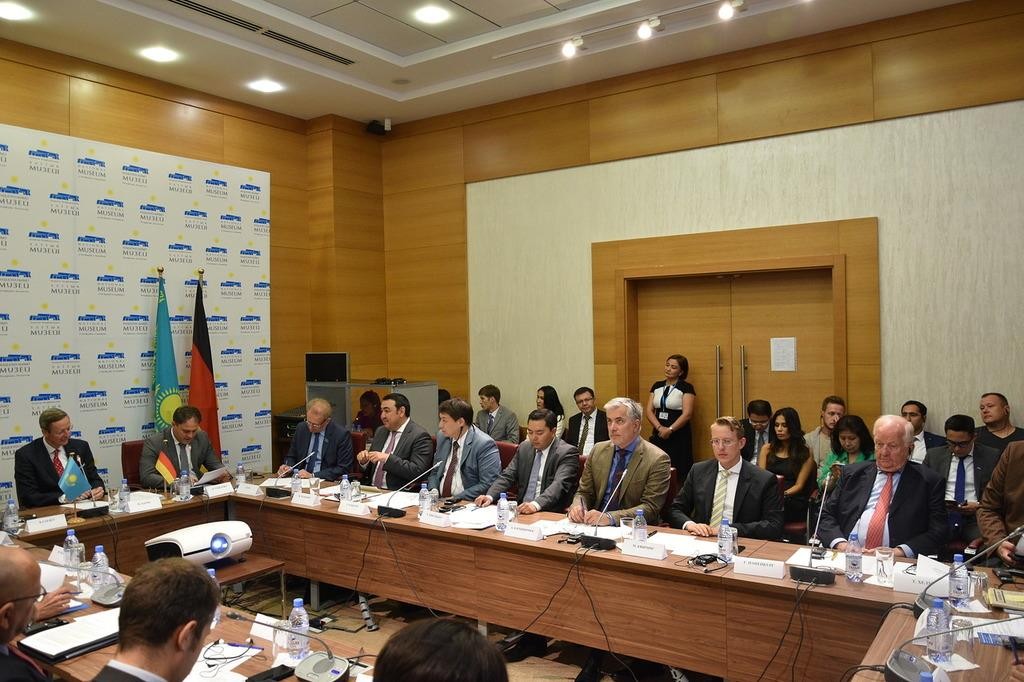 Vassilenko stated that the development of alternative energy sources is the foundation for creating a diversified economic model for Kazakhstan. Five out of 19 investment projects worth 400 million euros submitted for signing during the July 11 meeting of the Kazakh-German Business Council for Strategic Cooperation are relating to “Made in Germany” products in high-tech renewable energy industries. That is about 50 percent of investments from the agreements presented for signing during the visit by the German Federal President Frank-Walter Steinmeier to Kazakhstan July 11-13. It is notable that they target the non-primary sector, he said.

“Today, Kazakhstan faces the goal of defining a vision of a new economic diversification model based on new technologies. Kazakhstan is confident of continuing the successful dynamics of relations with Germany that we have reached over 25 years of partnership, especially in its economic component, and we look forward to further fruitful cooperation on all aspects of the multifaceted Kazakh-German cooperation,” Vassilenko stressed.

Professor Friedbert Pflueger, a famous German politician and director of the European Centre for Energy and Resource Safety (EUCERS) at King’s College London, talked about the interests of German companies in cooperating with Kazakhstan in the fields of energy, technology and raw materials.

Kazakh and German experts exchanged views on a number of topics of interest and answered questions from guests and the media.

The participants considered the meeting timely, taking into account EXPO 2017’s Future Energy topic, which is relevant for the mankind. The German side noted that Kazakhstan has achieved significant successes in political, social and economic development and in creating a favourable investment climate.