Astana to become most attractive city in Eurasia by 2020, says mayor

ASTANA – Urban leaders gathered for the 25th International Assembly of CIS (Commonwealth of Independent States) Capitals and Major Cities July 13-14 to discuss a new programme of sustainable development as a response to global challenges. Akim (Mayor) Asset Issekeshev spoke on the first day about specific plans for the capital. 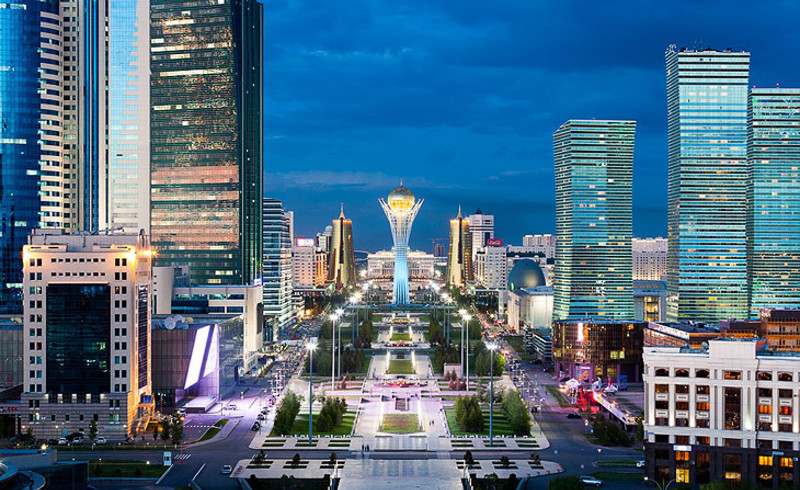 “In accordance with the United Nations Development Programme, 17 sustainable development goals were outlined. One of them is making cities inclusive, safe, resilient and sustainable, which includes 10 tasks – affordable housing, safe and sustainable transport, sustainable urbanisation, protection of the world’s cultural and natural heritage, population protection, air quality, green areas, links between urban, peri-urban and rural areas, mitigation and adaptation to climate change and constructing sustainable and resilient buildings,” he said.
In terms of access to housing, the capital has already reached the UN level, as rentals exceed 20 million square metres.

“On the transformation of the urban environment, we determined 50 public spaces as centres of urban life – streets, squares, parks and development of pedestrian and bicycle infrastructure. Also, for the equal development of the city, we divided the capital into 129 sectors, each with a population of up to 10,000 people and 34 social standards,” he said.

In terms of security, the city is implementing the country’s first large-scale, public-private partnership video surveillance project. More than 10,000 cameras will be installed on roads, public places and social facilities, all coordinated at a single situation centre.

“To ensure environmental sustainability, city authorities are implementing a number of low-carbon projects, including the transition to low-carbon transport. We plan to expand the river and create artificial lakes on the under-flooding grounds to mitigate the effects of climate change,” said Issekeshev.

The city is moving toward full gasification, investing 2 billion tenge (US$6.14 million) to build a natural gas regasification station. A new gas supply source was launched based on innovative LNG (liquefied natural gas) technology, which provides a substantial reduction in emissions compared to coal and diesel fuel. 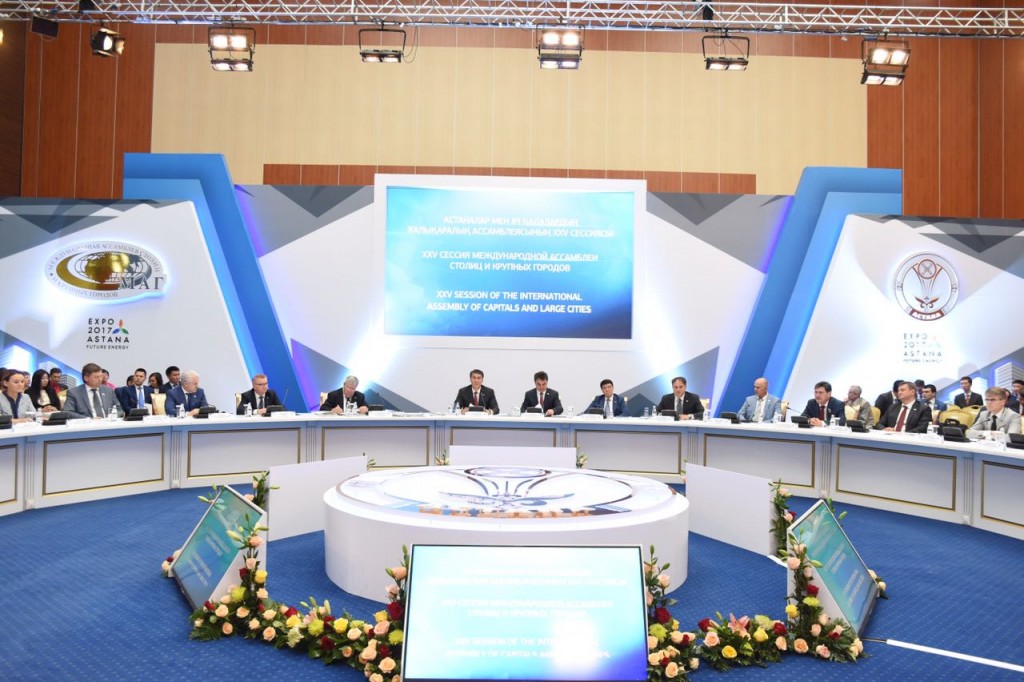 To develop transport infrastructure, authorities have introduced an intelligent transport system. Measures are underway to increase the attractiveness of public transport.

“By 2020, we intend to make Astana the most attractive and exciting city in the Eurasian space with excellent urban recreational activities and the most professional business destination. Astana should become one of the key centres for holding various forums, summits, business conferences and cultural and sporting events, because the city has a quality and developed infrastructure for this – airports, train stations, hotels, wide streets and boulevards. We set a goal to increase the number of foreign tourists to one million a year and up to two million people from other cities of Kazakhstan. This means increasing the number of tourists more than three times,” he said.

Forum participants noted the main trends are similar – cities are striving for the use of smart technologies and digitalisation – and ended the session by voicing many proposals and issues to be solved. Issekeshev suggested creating a single information resource to exchange experience, expanding the circle with the inclusion of the CIS countries such as Russia and Belarus, as well as those in Central Asia, the Caucasus, and China and India.

“We came out with the initiative to establish a Council of Mayors of the cities of the SCO (Shanghai Cooperation Organisation) countries, between Russia, China, India and Central Asia. The objectives of the council are cooperation in the areas of trade, the exchange of technologies in urban development, energy efficiency, renewable energy, smart technologies, development of public transport and e-commerce, university connections and much more. All these goals are in line with the idea of the SCO. The council should become a pragmatic platform, working not from session to session, but as a permanent body,” he said.

Capital authorities earlier amended the city development programme until 2020 aimed at improving the quality of life, building a new model of sustainable growth and transforming Astana into a successful, global smart city. The capital has also developed a master plan through 2025, a document of strategic spatial planning in which each department’s activities are focused on achieving one goal.