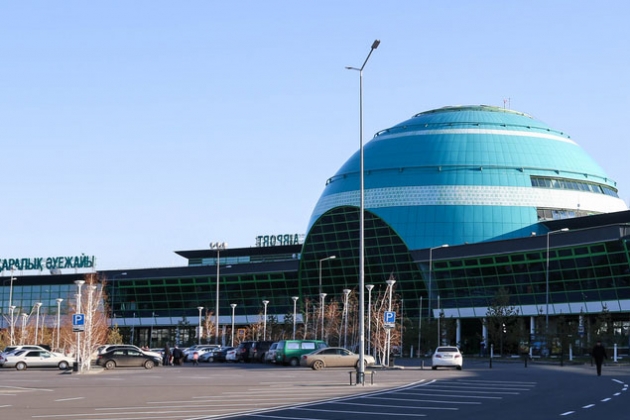 Kazakhstan’s Civil Aviation Committee is now negotiating with the International Air Transport Association on changing the airport code, TSE, which still refers to the name of the city, Tselinograd, which was abolished in 1992.

“I want to congratulate all of us, all Kazakhstan citizens on this decision. The proposal to secure the outstanding contribution of the Leader of the Nation to the construction of our state was already actively discussed in society after the adoption of the Declaration of the Parliament on the 25th anniversary of Kazakhstan’s independence. This also affected the renaming of Astana International Airport. This initiative received massive support from citizens of Kazakhstan, which we saw first-hand during our trips to the regions, during meetings with the people,” Nigmatulin said.

Kazakh Prime Minister Bakytzhan Sagintayev noted that the idea to rename the airport after Nazarbayev, implemented by the government’s resolution, was proposed eight years ago by Senate Deputy Darkhan Kaletayev, who was the first deputy chair of Nazarbayev’s Nur Otan party at the time.

“We all know that the brands ‘Kazakhstan’ and ‘Nazarbayev’ are inseparable. Today, it is actually a single concept. International practice shows that airports are named after national leaders,” Kaletayev said in May 2009 in a programme on the Astana TV channel.

He cited the example of George Bush International Airport in Houston, Texas.

Changing the airport code is another matter. Airports around the world are identified by three-letter codes, and while cities and airports may be renamed, changing an airport code is difficult and expensive, and therefore rarely done. This is why many airports have codes that don’t seem to match their current city names: St. Petersburg’s airport is still coded LED (for Leningrad), Samara – KUF (Kuibyshev), Vladikavkaz – OGZ (Ordzhonikidze), Bishkek – FRU (Frunze), and so on.

Astana Airport, which serves a city that has been twice renamed (from Tselinograd to Akmola and from Akmola to Astana), is still coded TSE for Tselinograd. The Civil Aviation Committee is negotiating to have it changed, as well as the codes of other cities of Kazakhstan, which have not changed since the times of the Soviet Union.

In an interview with Russia 24 TV channel on July 4, Nazarbayev explained his reaction to the renaming of facilities in his honour.

“This is not my initiative. I am always against it. This happens regularly. I guess people appreciate [my work] and I am grateful for that, for the fact that they see the work I have been doing, even though any politician, any leader of any state should strive to be remembered in history through his deeds,” he said. He said he believes this is a matter for the future generations.”

“I often recall the expression of Marcus Aurelius, the great Roman emperor and philosopher, who, when asked why there were no monuments in his honour, would respond: ‘I don’t want people to ask whose monument was that. I would prefer they ask, when I am gone, why there is no monument built to him yet.”