Rehabilitation centre for people with disabilities opens in Karaganda region

ASTANA – A rehabilitation centre for people with disabilities was opened in Karkaralinsk, a town in the Karaganda region. The centre was designed and built in consultation with those who will use the facility and in line with international standards. 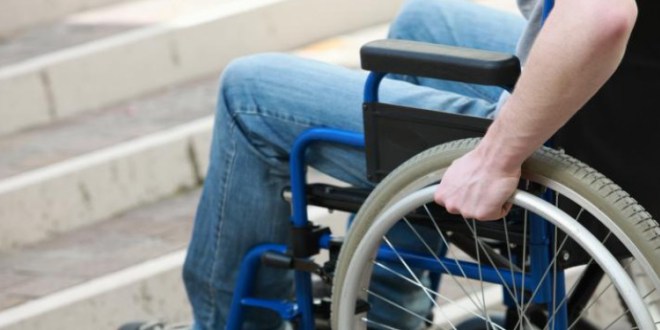 “Inpatient social and medical care is as close to home conditions as possible … Creation of comfortable conditions for people with disabilities is a priority in the social policy of the state in accordance with the law on ratification of the Convention on the Rights of Persons with Disabilities,” said Deputy Akim (Governor) of the Karaganda region Zhandos Abishev, Kazinform reports.

The three-story building of the centre, which can treat up to 64 patients, was using daily consultations with people with disabilities who came to the construction site to consult with builders.

The project cost 703 million tenge (US$2.2 million), including the repair and purchase of medical equipment. At that, 447 million tenge (US$1.4 million) was allocated from the state budget for the construction. The remaining 225 million (US$717,000) tenge was given by a sponsor.

For visually impaired people, information is presented in Braille. The facility also includes two hairdressing salons, a room for social and domestic rehabilitation, a kitchen where people with disabilities can cook their own meals if they wish. In the medical building, there are double and single rooms. There is a separate block with beds for spinal patients. There are offices of traumatologist-orthopedist, rehabilitologist, neurologist and surgeons on the first floor.

“The institution is ready to provide services to more than 500 persons with disabilities per year. In total, nearly 16,000 people with disabilities live in the Karaganda region. The rehabilitation period lasts two-six weeks,” said Maxim Galiullin, acting head of the department for coordination of employment and social programmes of the region.