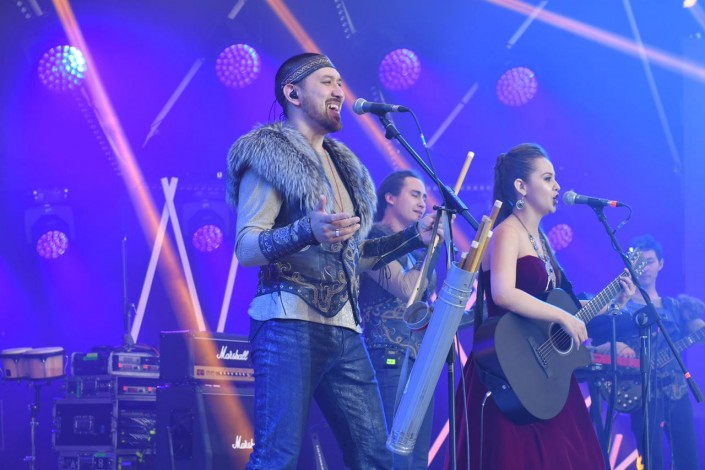 Kazakh bands Tigrahaud, Hapanasasa and singer NAsia, as well as the Abbos band from Uzbekistan and the Argymak band from Bashkortostan performed ethnic folk-rock to introduce the audience to the freedom-loving culture of nomads.

Vice Minister of Culture and Sport Aktoty Raimkulova believes that Nomad Way will become a favourite festival of local people.

“The festival brings together most amazing bands of different directions – ethno, rock, jazz, etc. We are very pleased to welcome guests from different countries of our commonwealth, from the (Shanghai Cooperation Organisation) countries, as well as from European countries. … With a great pleasure, we will present our national (musicians) who are the brightest representatives of ethnic music today. I think this festival will become a favourite holiday destination for Astana residents and guests. I believe they will receive a lot of positive impressions and emotions from visiting Nomad Way,” she noted before the event.

“The Nomad Way Festival is one of the brands of the Spirit of Tengri project. Nomad Way was born thanks to cooperation with the Ministry of Culture and Sport. I would like to express gratitude to Minister Arystanbek Muhamediyuly. … The legacy of nomadic culture, especially the musical heritage, is one of the undisclosed terra incognita for the whole planet. Our task is to make this richness of folklore creativity the property of the whole planet,” Alash Media Group Chief Executive Officer and the chief organiser of the event Batyr Kazybayev said.

“These bands are very popular; they are recognisable in their countries. Therefore, there will be literally a burst of stunning musical art. Live sound, live performance and energy. You will plunge into a rich world of stunning sounds, amazing philosophy, which is the legacy of our great steppe,” Kazybayev added.