ASTANA – Kazakhstan drivers continue to convert their vehicles to liquefied petroleum gas (LPG) consumption. In 2016, LPG sales increased by 43 percent, while gasoline sales fell by 5 percent. Experts find this trend promising and favourable not only for the drivers, who save money, but for the national economy and environment as well. 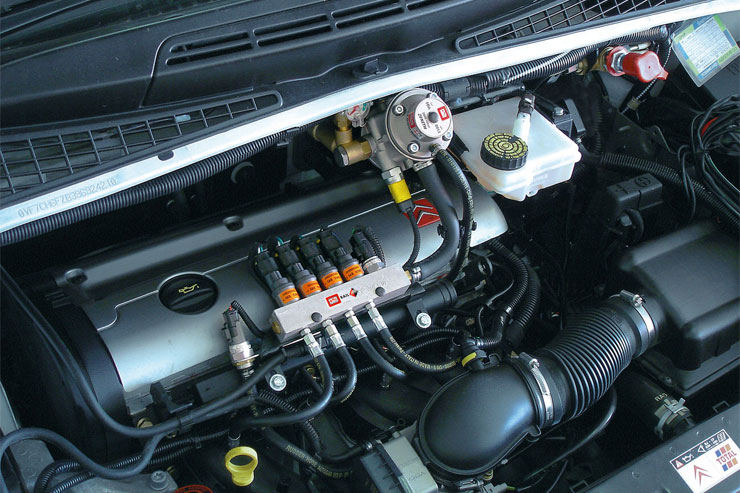 “As of today, LPG is 2.5 times cheaper than low-octane gasoline and three times cheaper than high-octane gasoline. Up-to-date LPG equipment sufficiently increases engine life, decreases engine oil pollution and the converted car has two fuel tanks, which means that its trip distance doubles. We can talk about the increase in demand for our services from one year to the next,” said Gazcentre Manager Varvara Gutchenko in an interview with The Astana Times.

Gutchenko, who works at a major service station for LPG vehicles, finds that one of the reasons for converting is that it makes vehicles more environmentally friendly.

The number of LPG filling stations in the country year increased by 51 percent in one year, as driver demand for gasoline fell in response to a sharp increase in prices in the last 12 months after the government refused to control fuel prices. In 2016, the average price of the most popular type of gasoline increased by 13 percent compared to 2015. Consumers found the price increase excessive and actively converted their cars to the cheaper LPG fuel.

“We don’t call on everybody to convert their cars to LPG consumption. It is irrational to convert some vehicles; for example, old cars or cars with insignificant everyday kilometrages. It is also unwise to convert a car if its owner plans to sell it in the near future, because the cost of converting won’t pay for itself in a short span of time.” said Gutchenko.

Gutchenko believes up-to-date equipment is absolutely safe and that LPG equipment is safer than a car’s standard gasoline system. She noted it is extremely important to select a qualified company to complete the conversion.

“An LPG tank’s wall thickness is 3-4 mm. A gasoline tank’s wall is 0.5 mm. It is much firmer than a standard fuel tank, which has been proven in ghastly accidents. Also, an LPG tank is equipped with a multivalve, which disables its explosion. All you need to do is to choose the right place for converting and further maintenance of your car,” she said.

“The minimum price for LPG converting is 260,000 tenge (US$800) for a four-cylinder passenger car. We don’t give preference to any brand, because every brand has its own advantages and peculiarities without regard to the country of its production. But we can say that Italian, Turkish and Polish equipment is the best. Italian companies started to produce the equipment in the 1960s and have great work experience,” she added.

The conversion has one disadvantage – the loss of free space in the trunk, which is solved by using a toroidal tank, she said. The tank is installed instead of a spare wheel or under the body of the car, truck, pickup or SUV.

Gutchenko noted the station has a variety of customers. The company converted even tiny three-cylinder cars and worked on brand-new BMW, Lexus and Range Rover models and other luxury cars whose owners want to save money. In addition to the fact that these cars are expensive, they are complicated and have very protected electronics. Sometimes, experts need to dismantle half the car to install LPG equipment and electronic adjustment is difficult.

“The Toyota Land Cruiser is the most popular model we are working on. This model amounts to approximately 50 percent of the cars we convert and maintain,” said Gutchenko.