ASTANA – Investments play a vital role in the development of any country. Much has been done to attract investors to Kazakhstan, but plenty of tasks are ahead. In an interview with The Astana Times, the capital’s Department for Investments and Development head Alisher Abdykadyrov talked about the results and future goals in that direction. 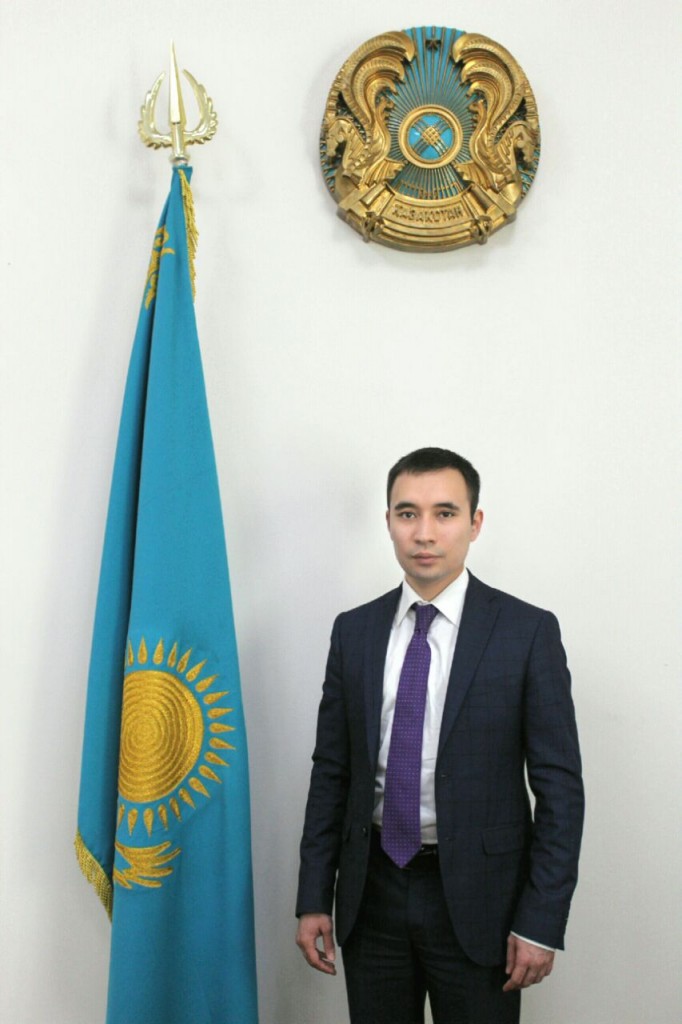 The department is the division of the akimat (city administration) which manages investments, concessions and activity coordination in the Astana – New City special economic zone, as well as other regulated types of investment activities in all sectors of the city’s economy.

“The main goals of the department are contributions to the social and economic growth of the capital through the development and implementation of strategic initiatives, as well as attraction, support and development of the investments in all sectors of the economy, including the industrial and innovation sector and the tourism sector,” said Abdykadyrov.

The department’s main objective is Astana – New City, which has been functioning since 2002 and has repeatedly expanded its territory since its creation. Today, the total area is more than 7,600 hectares, including Industrial Park No. 1 (598.1 hectares), Industrial Park No. 2 (433.1 hectares) and a city light rail line (72.41 hectares).

“The free economic zone Astana – New City targets an accelerated development of Astana, which is reached by attracting investments and using advanced technologies in construction, as well as creation of a modern infrastructure. Also it aims to create highly efficient development, including high-tech and competitive production, of new types of products,” he added.

In 2016, 10 projects worth a total of 37 billion tenge (US$118.4 million) were put into operation within the industrialisation programme, including projects involving foreign investors and multinational corporations. The biggest projects include Selena Insulations, which produces building materials and was implemented by the Polish multinational corporation ranked as one of the top three producers of polyurethane foam in the world. The cost of the project is one billion tenge (US$3.2 million).

Another huge success was the launch of a paper products manufacturer with the participation of the Turkish company Ipek Kagit, which has a capacity of 4,400 tonnes of product per year. The project cost is 3.4 billion tenge (US$10.8 million). Swissgrow produces fertiliser based on a Swiss technology with the participation of a Turkish investor. The capacity is 150,000 tonnes of fertiliser per year and the project cost is 460 million tenge (US$1.4 million)

“Considering the great work and role of the state, as well as the adopted 100 Concrete Steps Programme of the head of the state, the capital and the country as a whole have great potential and everything necessary for the implementation of investment projects,” said Abdykadyrov.

“The first key priority is tourism. Due to the world-class sports and cultural facilities created in the capital, as well as the medical cluster, Astana will become an international centre for event, business and medical tourism. The second one is a construction cluster, including new technologies in construction, new materials and engineering, which will ensure a favourable growth of the capital, both on a territorial and economic scale. The third is development of the financial centre. Astana International Financial Centre will have a special set of conditions for world investors, such as an independent legal system based on the principles of English common law, tax incentives, a simplified visa and labour regime, the modern infrastructure of the EXPO international exhibition and communication with major world financial centres via direct flights,” Abdykadyrov explained.

Abdykadyrov noted the supporting sectors are vocational education, health (medical tourism), trade and logistics and creative divisions, as well as culture and sport.

Assessing the last year, the results were decent despite the economic challenges.

“In general, the akimat is doing a lot of work in the field of investments; new potential investors are being searched on a regular basis. Active work is underway on public-private partnership projects that will reduce the burden on the local budget. This year, 10 industrial projects are planned to be put into operation, including the NYK Line (transportation) and logistics terminal (Japan),” he added.

A great deal of attention is paid to the companies that addressed possible investments following visits by the head of state and capital’s mayor to foreign countries.

“For example, we are cooperating with Calatrava Grace Corporation, with United Arab Emirates’ companies, Dubai Investments and Sabis International School,” he said.

The department hopes EXP0 2017, taking place from June 10 to Sept. 10, will also give new impetus to existing businesses and an influx of domestic and foreign investment into the capital.