By Anuar Abdrakhmanov in Sports on 13 June 2017

ASTANA – The Astana Arlans boxing team claimed a solid 7-3 victory over the British Lionhearts in the semifinals of the World Series of Boxing (WSB). As the British team prevented the Kazakh boxers from reaching the finals last season, the Arlans were determined to take revenge against their opponents. 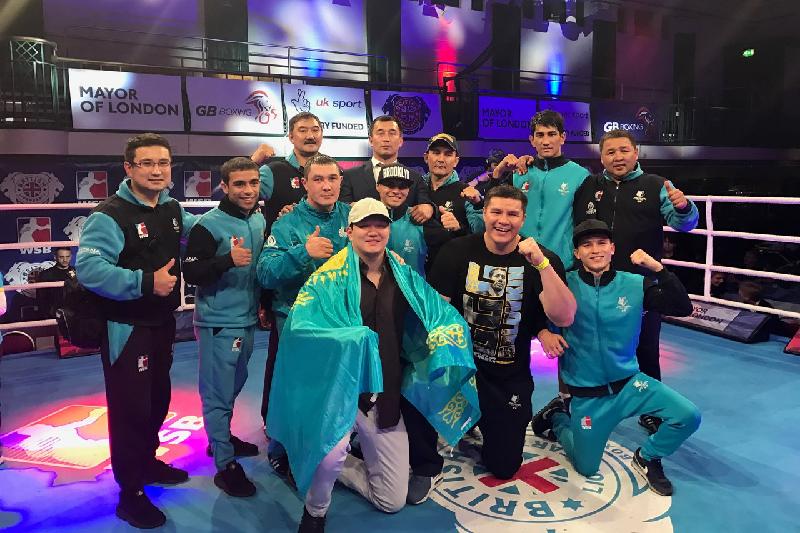 The first leg was held in the northern Kazakh city of Kostanai and it was clear from the first bout the Astana team intended to gain an advantage before the trip to London. Temirtas Zhussupov (49kg) overwhelmed Kieran McDonald, then Ilyas Suleimenov did not give his opponent Christopher Bourke any chance, forcing a corner retirement.

The outcome of the match was decided in the third bout, when Dilmurat Mizhitov beat Conor Loftus, giving the Arlans an ahead-of-time win.

The 75kg fourth bout brought together home team boxer Abilkhan Amankul against Brit Nikita Ababiy. Amankul, called by some specialists one of Kazakhstan’s most talented young boxers, had a confident win over his opponent.

The hosts failed to win just one bout that evening, as heavyweight Anton Pinchuk lost to David Kieran Nyika. Pinchuk was injured in the quarterfinals, however, and have not made a full recovery.

“We were pleased with the way our boxers fought. All bouts turned out to be tough, but the guys coped and showed grit. As for Pinchuk’s loss, there is nothing to blame him for, because despite the injury he got last time, he decided to box and did his best to help the team. I’m very grateful to the fans who helped the Kazakh boxers in all bouts. We have laid a good groundwork and almost made it to the finals, but away fights are always hard, so we will get ready for the return match to confirm our superiority in London,” said Nurlan Akurpekov, the Arlans head coach.

Based on the first round results, Team Kazakhstan needed to win at least two of the five fights in the June 8 return match to go to the finals. The Arlans won more than needed, claiming a 3-2 away victory in London to secure tickets to the WSB finals.

In the finals, Team Kazakhstan will challenge the Cuba Domadores who reached by defeating WSB’s Colombian franchise.

The final will be the fourth for the Arlans in the past seven years. The team took silver in 2011, then became WSB champions in 2013 and 2015. With two titles each, the Arlans and Domadores lead the league.

AIBA wholly owns WSB. All WSB boxers are registered with AIBA and all referees and officials working WSB matches are specifically certified for the competition. Franchises have a national identity and are formed by national federations. Teams are allowed a quota of overseas boxers: a maximum of eight and no more than three of the same nationality.