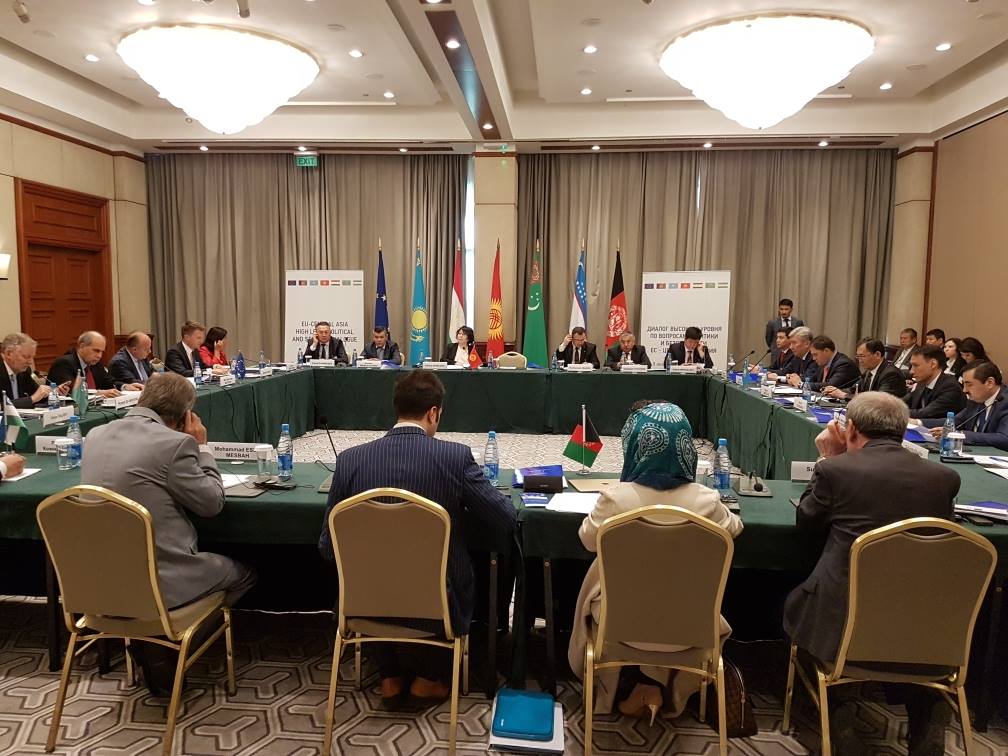 “Kazakhstan, like the entire international community, is committed to the economically sustainable and safe development of Afghanistan,” Kazakh Deputy Minister of Foreign Affairs Roman Vassilenko said.

“The national restoration of this country as a prosperous state and a good neighbour will have a great positive impact on the well-being of our region,” he added.

Participants discussed regional and global issues and reviewed the implementation of agreements reached at the previous meeting in Brussels in May 2016. They also focused on cooperation in border management and counter-narcotics activity by agreeing to extend implementation of the EU-funded Border Management Programme in the Central Asian region (BOMCA) and the Central Asia Drug Action Programme (CADAP) until 2019.

During its existence, the BOMCA programme held 36 events, including seminars, trainings, meetings and conferences on cross-border security with the participation of 200 Kazakh representatives.

The participation of Afghanistan’s representatives in the meeting allowed its participants to consider the situation in the region in a wider context and discuss different formats of interrelations to support Afghanistan government efforts to achieve political stability and improve the social and economic situation inside the country.

Vassilenko and head of the European delegation Jean-Christophe Belliard also discussed the implementation of the platform for EU cooperation with the countries of the Central Asian region in relation to Kazakhstan, highlighting prospects for cooperation in education and the development of small and medium-sized businesses.