ASTANA – The Royal Thai Embassy in Kazakhstan staged the Ambassador’s Cup, a friendly Muaythai boxing competition held at the Radisson Hotel May 25 to commemorate the 25th anniversary of Thai-Kazakh relations. 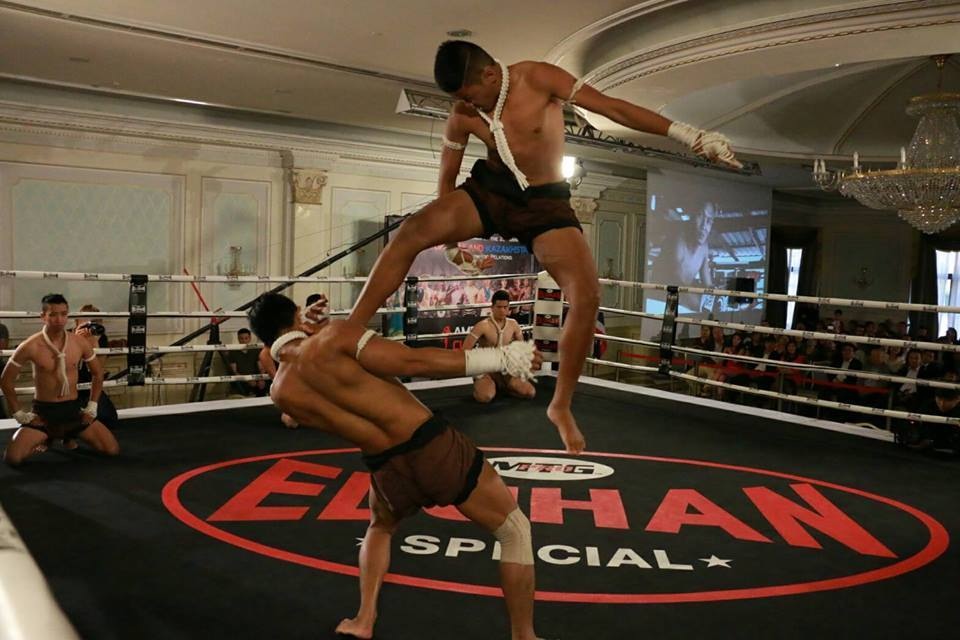 “When we were thinking about what could interest Kazakhs, we thought boxing was one of the areas where we could connect and this is how we decided to hold this event,” said Thai Ambassador Nat Pinyowattanacheep.

“We contacted the Muaythai Federation of Kazakhstan and they were supportive of our idea. Then we contacted our federation in Bangkok and told them this might interest Kazakhs and they sent a group of Thai boxers. Our boxers had a training session at the Kazakh gym and received a very positive response,” he added.

Seven bouts were staged between Kazakh and Thai, Kyrgyz and Russian fighters. Kazakh fighters won all but one bout and were presented certificates and cups by the guests of honour – Muaythai Federation of Kazakhstan President Karim Massimov, Kazakh Minister for Religious and Civil Society Affairs Nurlan Yermekbayev, Thai Advisor to the Minister of Foreign Affairs Chaisiri Anamarn and the Thai ambassador himself.

Although the three-minute, three-round matches were arranged on a friendly basis, the kicks and punches echoed throughout the hall, rushing the blood of some staunch fans. The last two fights ended with knockouts. 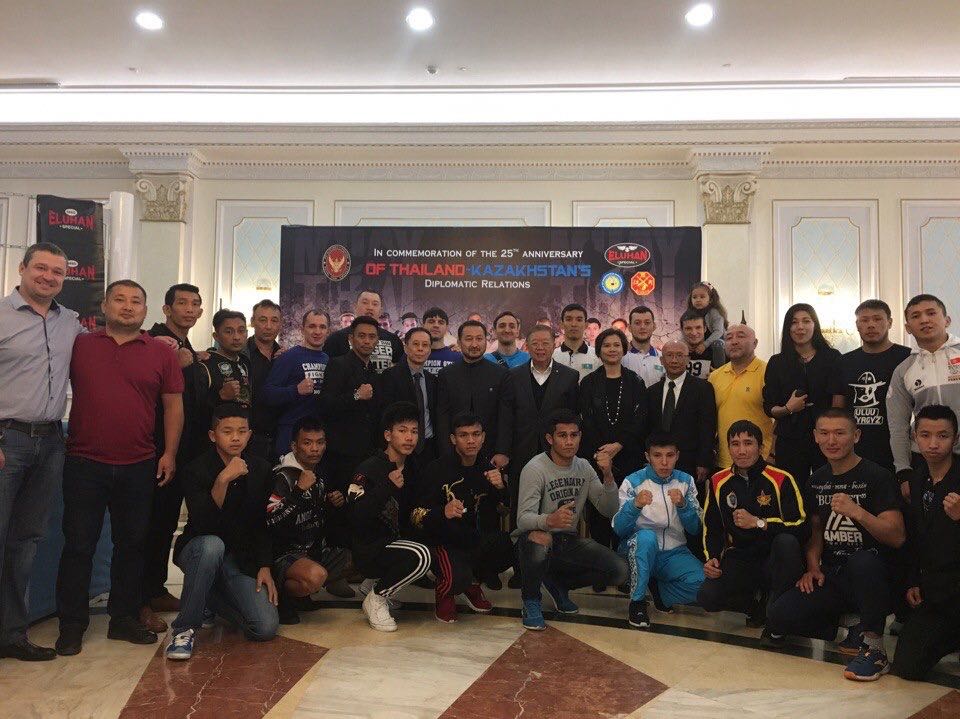 Pinyowattanacheep noted Thai people are well aware of Kazakh athletes thanks to the nation’s success in recent Olympic Games and especially because of Gennady “GGG” Golovkin.

“One of our boxers said he was inspired by the famous Kazakh boxer Gennady Golovkin. He said although he had another competition planned, he cancelled that one and arrived in Kazakhstan because of his inspiration. Golovkin is very famous in Thailand. Thai people also know Kazakhstan from volleyball and weightlifting, when Kazakhstan won many medals. Thai people are inspired by your athletes,” he said.

The ambassador added preparations for EXPO 2017 are nearly finished and pledged support from the embassy to attract as many Thai tourists as possible.

“As for the EXPO – our pavilion is more than 95 percent complete. We are one of the five countries which made the most progressive preparations, because we consider Kazakhstan as our friend. Whatever we can do to prove that our commitments are serious and want to make the EXPO a success – we will do it! We will tell our people to visit Astana to see how beautiful the city is with so many activities to do during EXPO,” he said.