By Kamila Zhumabayeva in Business on 4 May 2017

ASTANA – Kazatomprom, the country’s national atomic company, and Kanysh Satpayev Kazakh National University (KazNU) have established a scientific and educational nuclear centre where high-skilled professionals will be trained for the uranium industry. 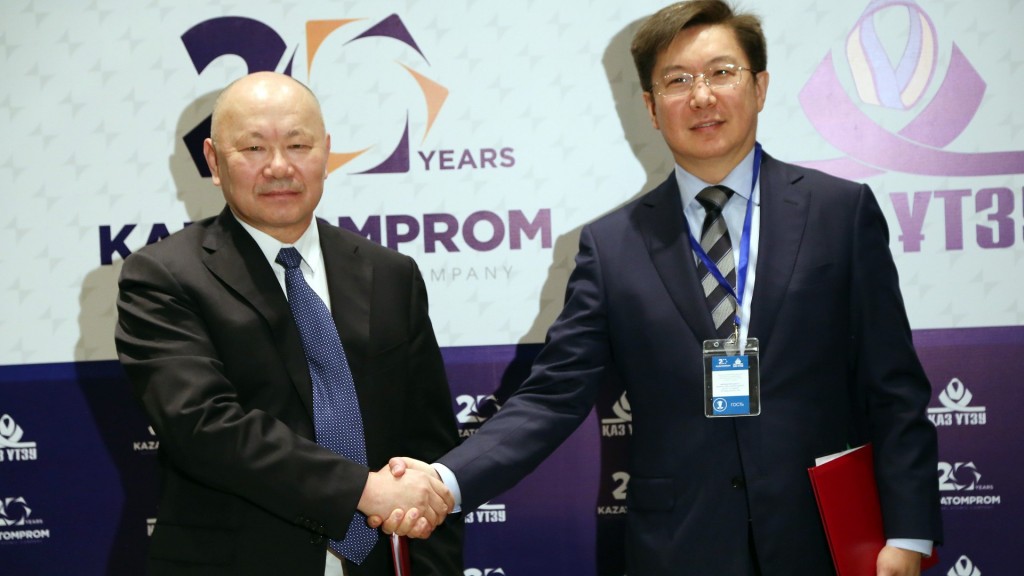 The industry lacked sufficient personnel in the 1990s because young people were not willing to study technical fields, while the few new grads in the discipline lacked proficient knowledge. The problem is gradually being resolved, however, as several Kazakh higher learning institutions, including KazNU, are now preparing specialists, reported Kapital.kz.

“Establishing an international scientific and educational centre for the nuclear industry within this university means that now personnel training for the uranium industry will enter a higher level,” said Kazatomprom’s Chief Director for production and nuclear fuel cycle Baurzhan Ibrayev, according to the report.

The centre will have master’s programmes and short-term certified courses. The former include geology and uranium deposit exploration, mining practices, uranium metallurgy and its compounds, rare earth metals metallurgy, power engineering and other important areas of study.

Master’s programmes will be conducted this year in geology, metallurgy and industrial process automation. Up to 10 specialists will be trained in each area.

The synergy of scientific, educational and industrial activity is key to the programmes. The centre will partner with Kazatomprom, Areva, Katco  (a joint venture between Kazatomprom and Areva) and other industrial giants, as well as Converdyn, Honeywell and Verbulak, according to Kapital.kz. Kazakhstan Nuclear University, Kazatomprom’s corporate university, will also be an educational affiliate.

The centre will conduct scientific research as well as design and complete experimental work in nuclear science and industry. Teaching will be in English more than 60 percent of the time. All master’s programme students will undergo prolonged industry training at Kazatomprom and through internships abroad.

“The industry is transforming. We are reviewing the company’s positions on the global market; demand for personnel will be growing and requirements for competitiveness, knowledge and skills will be toughening. We need personnel who comply with the highest international criteria. We plan to solve this task locally in Kazakhstan and with the involvement of our higher education institutions,” said Kazakhstan Nuclear University Rector Miras Kassymov, according to the news report.

The centre will be training personnel particularly for Kazatomprom. Students from foreign countries can also study there, as it will train personnel for the peaceful use of atomic energy.

“We will be applying dual learning methods; our grads will arrive at the enterprise as prepared specialists and can be involved in the extraction process straight away,” he added.