By Aigerim Seisembayeva in Central Asia, International on 12 May 2017 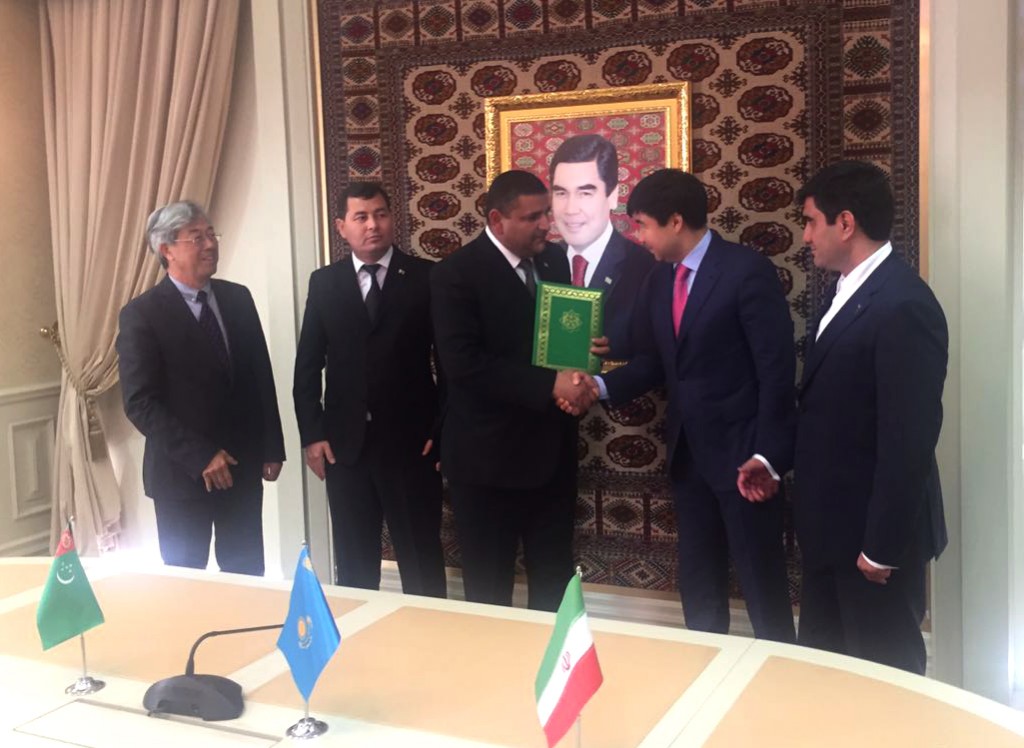 KTZ Vice President for Logistics Sanzhar Elyubayev briefed the conference on Kazakhstan’s transit-transport potential as well as the Kazakhstan 2050 Strategy, the Nurly Zhol programme and the 100 Concrete Steps to implement Plan of the Nation.

Container shipping on the route of Europe-China-Europe more than doubled from 581 to 1,212 trains in 2016, he said. Container traffic volume in these directions was approximately 105,000 twenty-foot equivalent units (TEUs), while the planned amount had been 94,600 TEUs. Today, KTZ serves more than 15 transit routes between China and Europe.

A new transport product, Rail-Air, was developed as an alternative to the existing Sea-Air logistics chain from Southeast Asia via Dubai to Europe. In 2016, nine shipments were operated under this scheme – to Amsterdam, Istanbul and Moscow.

Trans-Caspian International Transport Route (TITR) participants are also involved in the development of cargo transportation on this route. The development of the Trans-Caspian route, including the accession of new members, may pave the way for the expansion of container and logistics services on the Eurasian continent.

According to Elyubayev, the Kazakh logistics terminal in the port of Lianyungang has become one of the centres for reviving the Silk Road Economic Belt. The port is well placed between the East and the West and envisages the eastern beginning of the new Eurasian transcontinental corridor.

“The creation of a logistics and trading centre in the port of Lianyungang will promote the increase in transportation to Kazakhstan, Central Asia, the Middle East, Turkey and Europe,” Elyubayev said.

He also highlighted Khorgos – Eastern Gate Special Economic Zone’s (SEZ) role in developing the Eurasian transport system. The SEZ is one of the largest regional transport and logistics hubs at the crossroads of commodity flows between China, the Eurasian Union, Central Asia, South Caucasus and Europe.

Elyubayev informed the participants about Kazakhstan’s maritime infrastructure in the Caspian Sea, the opportunities of the Aktau and Kuryk ports and the formation of networks of external and internal transport-logistic centres.

He also participated in a meeting of representatives of the Turkmen and Iranian railways administrations and the Chinese Transport and Communication Association.

The negotiations resulted in the signing of a protocol to create conditions to increase rail transportation volume along the China-Kazakhstan-Turkmenistan-Iran international corridor.