By Aigerim Seisembayeva in International on 27 May 2017 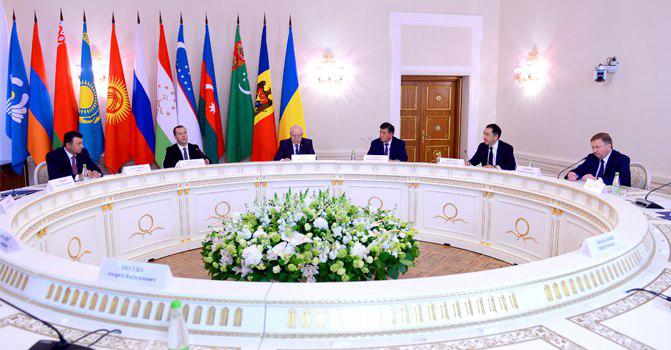 Sagintayev attended a regular meeting of the CIS Council of Heads of Government meant to enhance cooperation in transport security, geodesy and radio navigation. Meeting participants also signed agreements on innovative cooperation, specific regulations on peaceful use of atomic energy, counteracting the production and distribution of counterfeit goods and the legal protection of intellectual property.

The council’s work in an extended format discussed the plan of priority measures for implementing the Transport Security Strategy in the CIS during international transportation for 2017-2019.

Also signed was the document on the implementation of the decision of the CIS Council of Heads of State adopted in 2016 on the CIS Economic Court.

In its turn, the Eurasian Intergovernmental Council (EIC) discussed the elimination of exemptions and restrictions on the EAEU market, the implementation of the digital agenda and the development of a one-stop-shop mechanism in the EAEU states’ foreign economic activity regulation and other topics of economic cooperation.

Following the meeting, the council signed documents on agro-industrial cooperation and the development of the abovementioned one-stop-shop mechanism.

EIC participants agreed to hold the next meeting in August in Astana.

Sagintayev also met with President of Russia’s Republic of Tatarstan Rustam Minnikhanov and discussed implementing the agreements reached by President of Kazakhstan Nursultan Nazarbayev and Russian President Vladimir Putin during the 13th Forum of Interregional Cooperation of Russia and Kazakhstan held last year in Astana.

The Kazakh PM visited innovation facilities, including an IT-park’s business incubator and the Glonass+112 monitoring centre as well as a high-tech city of Innopolis, where he visited the special economic zone and the University of Innopolis.