ASTANA – Kazakh archers, heavy underdogs who have never been on the podium at the World Cup or World Archery Championships, beat an Olympic trio from South Korea May 21 to win its first-ever 2017 Hyundai Archery World Cup stage in Shanghai, reported worldarchery.org. 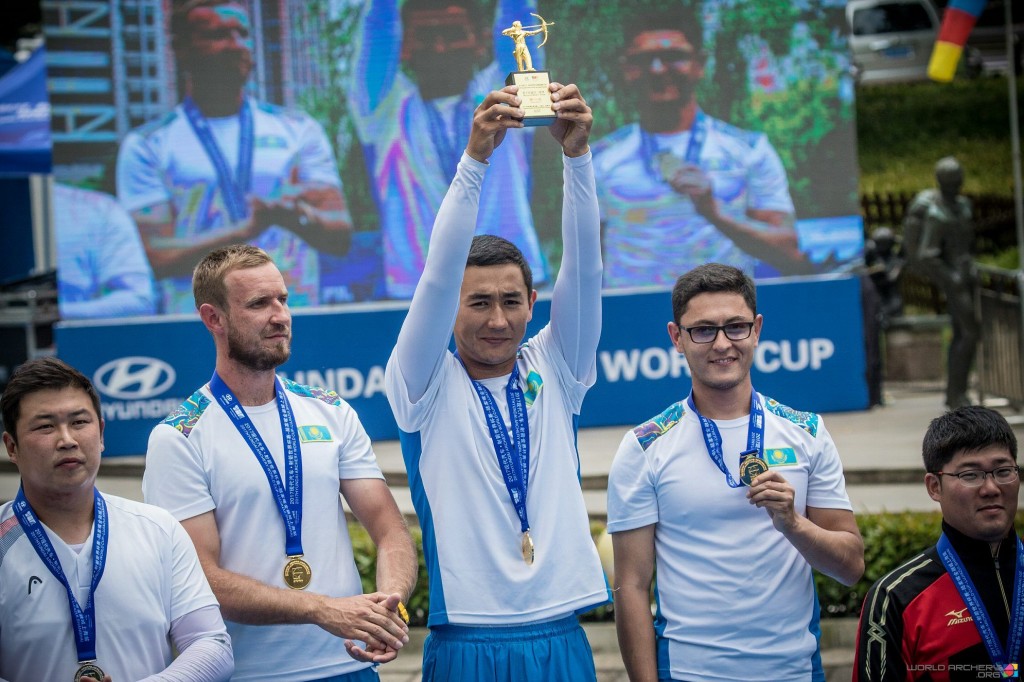 “We still don’t believe we won the archery world cup stage,” said Saidiyev after the final. “It feels great to win gold. We prepared for it. We did it.”

South Korea, which has reigned since modern archery was introduced into the Olympics in 1972, has won 23 gold medals in the event, more than any other country or any other Olympic sport in the nation’s history. South Korea also leads in all-time tallies in tae kwon do and short track speed skating in the winter Olympics.

Saidiyev noted the main aim of the match was not just “beating Korea, but to shoot well for Kazakhstan, to show that we have good archers and let the rest of the world see us, too. Working on executing our techniques and making clean shots was our goal throughout the competition.” 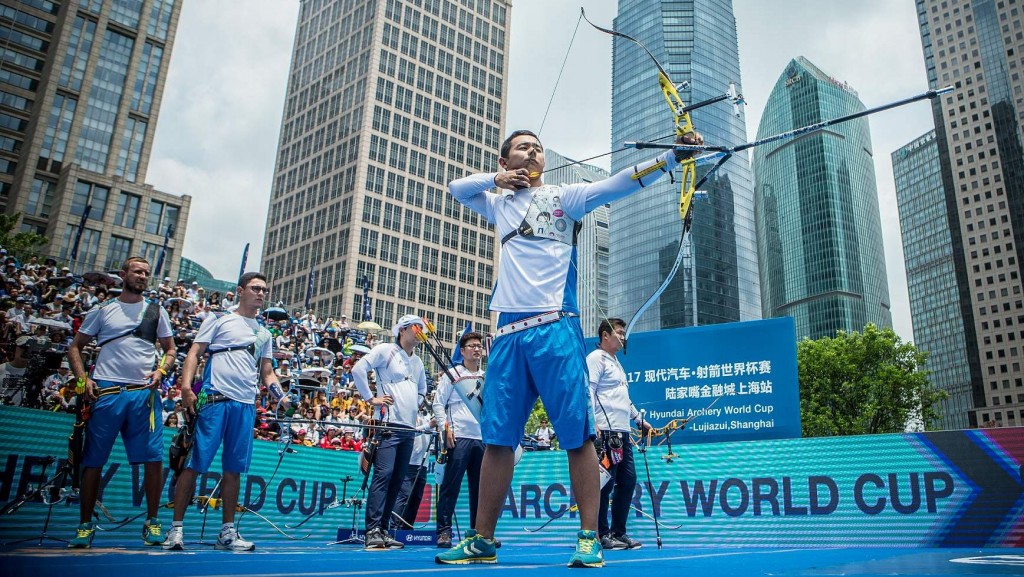 South Korea shot 57 points to Kazakhstan’s 50 to easily win the first set, according to worldarchery.org. The Kazakh archers rallied in the next sets to turn some heads.

“Kazakhstan swiped the second series, 55-54, after London 2012 winner Oh Jin Hyek send down a pair of eights. But South Korea looked safe when the third went the favourite’s way, 56-50, and needed just a draw in the fourth set to win gold. Both teams shot 28 out of a possible 30 for their first three arrows. Korea finished badly. Nines each from of Im and Kim left Oh needing something strong, but he sent down an eight,” wrote the website.

“They shot well and put on a great performance. I would like to congratulate them on winning,” said Oh.

“They showed their ability to compete against any nation. It’s good for Kazakhstan, but it’s also a good opportunity for the Korean team, as we have to learn to be wary of all our opponents,” he added.