ASTANA – The prestigious Operalia, the world opera competition founded by Plácido Domingo, will take place in the capital July 24-29 as part of EXPO 2017. A total of 40 contestants from 17 countries, including four from Kazakhstan, are scheduled to participate. 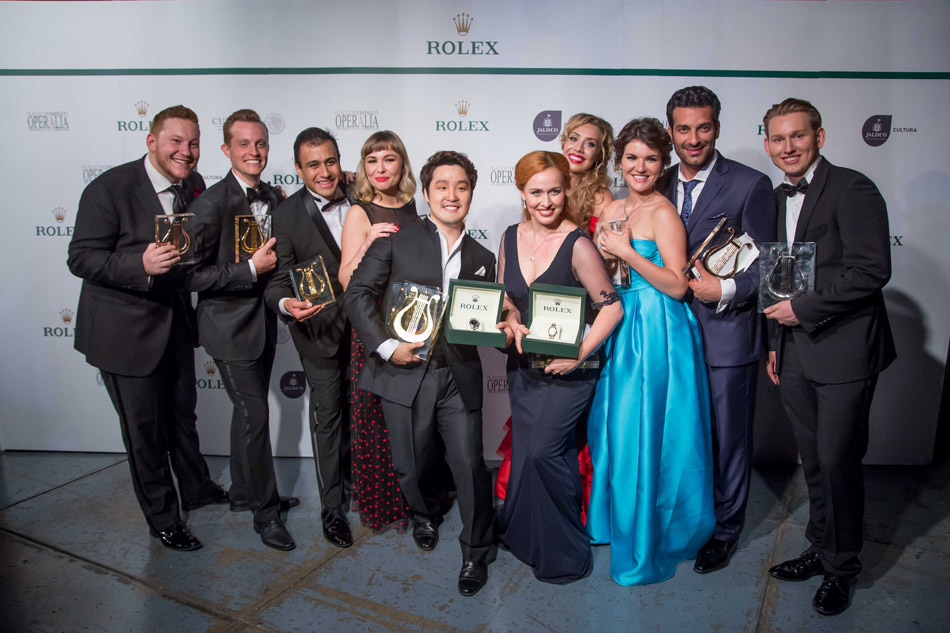 This will be the 25th season of the prestigious event. The host country will be represented by Astana Opera soloist and laureate of a number of international contests soprano Maria Mudryak, tenor Damir Saduakassov and baritones Stanislav Li and Rasul Zharmambetov.

The Operalia will be held under the auspices and sponsorship of the Kazakh Ministry of Culture and Sports and Rolex. People’s Artist of the USSR Bibigul Tulegenova will be the guest of honour.

All stages of the competition are to be held publicly for the viewers’ delight. The quarterfinal and semifinal rounds will be held as auditions on July 24, 25 and 26, when the participants will perform their chosen arias from the world of opera. On July 29, 10 finalists will perform in a gala concert format under the accompaniment of the Astana Opera Symphony Orchestra directed by Maestro Domingo himself.

Operalia was founded in 1993 to discover young talent and help them launch their careers, event officials state on its website.

“Domingo’s goal is to attract singers of all voice tessituras and from every country in the world ranging from 18-32 years of age, to have them audition and be heard by a panel of distinguished international opera personalities in the most prestigious and competitive showcase in the world.” it notes.

According to official data, the organisers receive more than 1,000 applications each year.

“A select jury of three respected opera professionals listens to every recording submitted and rates them in a one-ten scale. The scores are tallied, uncommon discrepancies in the scoring are jointly discussed and the top 40 candidates are invited to participate in that year’s competition. (A few singers are also held in reserve, in case one or more of the selected candidates are unable to accept the invitation),” explain the organisers.

“The jury of ten opera experts, presided by Domingo as a non-voting member, convenes in a different international host city every year to listen to all 40 finalists live during two days of quarterfinals. Each singer begins by selecting and singing one opera aria from a list of four arias that he or she has chosen and the jury then asks the singer to perform a second aria from that list. If the singer is also competing in the zarzuela category, he or she also interprets a zarzuela aria. Twenty participants are then selected to continue on to the semifinals, in which they sing one aria chosen by the jury and – if they are competing in the zarzuela category – one zarzuela aria as well. From the 20 semifinalists, ten singers are chosen for the Final Round.”

The jury is represented by ten opera directors from world’s renowned opera houses.

The following is a detailed list of prize categories and purses for winners in each classification:

Culturarte Prize chosen and offered by Bertita and Guillermo Martinez from CulturArte de Puerto Rico – US$10,000