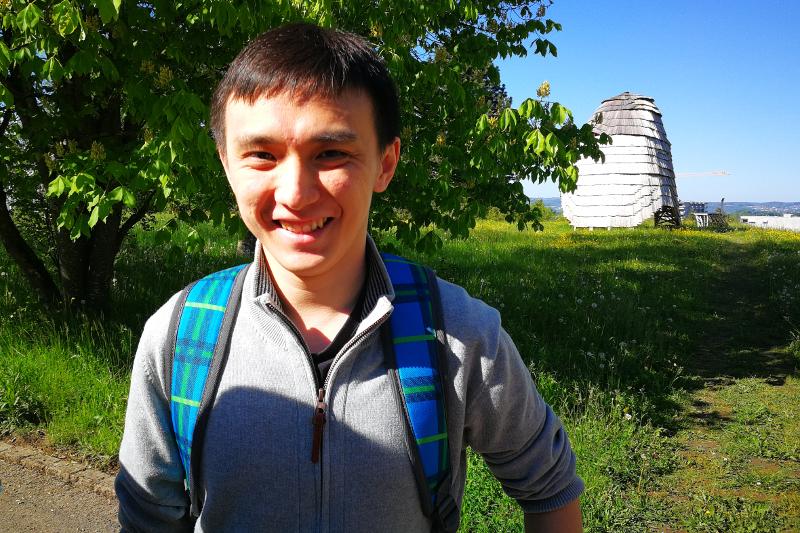 “I am a doctoral student, but doctoral candidates are also staff in this university… Teaching is my duty and the university pays for it. We do not pay a tuition fee accordingly. … I was teaching operating system roughly three hours per week; it is one of the subjects for computer skills,” he said during a visit of Kazakh journalists to the university, according to the news report.

Nigai sparked interest in studying and using supercomputers. He now works at the university’s IT supercomputing laboratory, the only one of its kind in Europe. Along with his colleagues, he attempts to make supercomputing easier and more efficient.

“Weather forecasting is the closest use of supercomputers to life. Nowadays, forecasts are done on supercomputers. In the main, they are used by scientists for modelling physical processes. Physicists use them for modelling the formation of stars, for example. Pharmacists study how drugs interact with the human body,” said Nigai.

He can work at the institute up to six years, during which he may try to complete his doctorate. Nigai has not yet selected a topic for his thesis, as he began the programme six months ago and is still gaining experience. He noted there is no hurry to confirm a topic and can therefore deal with the specifics a little later.

“Life in Zurich is expensive, but wages here are accordingly high, too. Some things even remind me of my native land. As a matter of fact, it seems to me that the city is very similar to Almaty, especially in terms of climate. Even the grass is the same as in our city. Lilac grows nearby my house. It smells like a lilac in Almaty,” he added.

Nigai does not plan to live abroad and will be ready to consider possible job offers from Kazakh companies.

“I would not want to live overseas permanently. I am used to living here and was studying in Edinburg for a year before, but I don’t feel like it is home anyway,” he said.