ASTANA – Astana Opera and Russia’s famous national Bolshoi Theatre signed a memorandum of cooperation May 15 in Moscow, according to the opera’s press service. 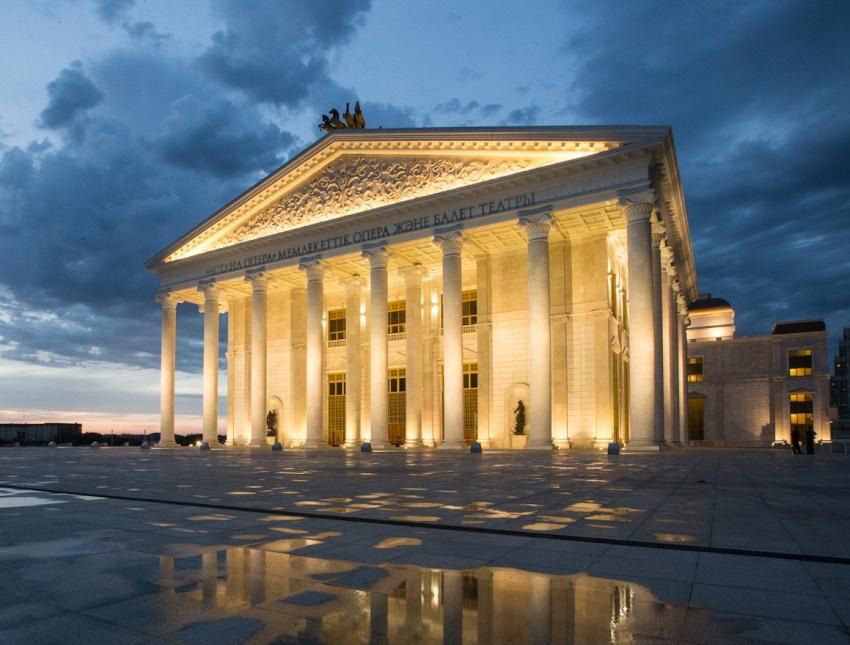 “One of the tasks of spiritual modernisation, which was set by the President of Kazakhstan Nursultan Nazarbayev, is the promotion of modern Kazakh culture in the world. As the head of state correctly noted, this is very serious and time-consuming work, including not only the selection of the best works of national culture, but also their presentation abroad. The signing of the memorandum is part of the implementation of the plans of the Ministry of Culture and Sports of Kazakhstan to implement the strategy of our President,” said Astana Opera Director Galym Akhmedyarov.

The document was signed by Akhmedyarov and Bolshoi Theatre General Director Vladimir Urin. A number of projects were also discussed during the talks and the parties will develop partnerships in several directions. In addition to the exchange of specialists, artists and performers, further plans include organising tours, joint productions, master classes by leading specialists of both theatres and participating in music competitions and festivals.

Kazakh artists have appeared repeatedly on the famous Moscow stage. Astana Opera leading soloist and Honoured Worker of Kazakhstan Talgat Mussabayev performed the main role in “Eugene Onegin” by Pyotr Tchaikovsky. Bolshoi Theatre soloists have also had the opportunity to perform in front of the Astana audience. Prima ballerina and People’s Artist of Russia Svetlana Zakharova took part in a gala concert dedicated to the world premiere of the Astana Opera, according to the statement.

The Bolshoi Theatre was established in 1776. Today, its repertoire consists mostly of masterpieces of 19th–20th century Russian musical theatre. In addition to those classics, Bolshoi offers its audience the masterpieces of Western European composers, including authors of the 20th century, as well as specially-ordered compositions.

“It is Russia’s main national theatre, a bearer of the traditions of the Russian music culture and the centre of the world music culture, the spearhead of the development of the country’s performing arts,” notes its website.