By Kamila Zhumabayeva in Nation on 21 April 2017

ASTANA – It seems economics and law have been eternally popular and cliché fields to study and work in former Soviet Union countries. The notion that one is guarantied a job afterwards has been fading away, however, with the arrival of the digital era and a competitive new world ruled by science and technology.

“People go with law and economics because these are easy to do. They are concerned about getting a piece of paper rather than what they are going to do afterwards in life,” Bohdan Krawchenko, Director General at the University of Central Asia, told The Astana Times. The University of Central Asia, established under an agreement between the governments of Kazakhstan, Kyrgyzstan and Tajikistan and the Aga Khan Development Network that is building campuses in the three founding states.

Most people who graduate from law school do not practice law or ultimately work in places that have nothing to do with the field. He noted universities offer law and economics courses because they get students, but economics departments do not train economists.

“It’s from ‘narodnoye hozyaistvo’, or national economy, and used to train people for Gosplan (the agency that was responsible for central economic planning in the Soviet Union),” he said. 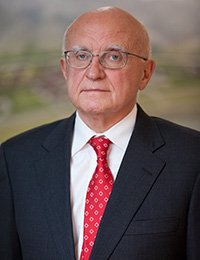 “I have relatives who have earned these degrees and they don’t know anything. They are not even good accountants. They don’t have to take courses to become accountants. I think, it is first of all, something that is not sustainable,” he added.

Societies need people in all kinds of technical fields, but the director noted students do not go into certain areas because there is a very significant drop in mathematical skills. Many people avoid engineering, computer science or “real” economics where one needs to know calculus and other such skills because they do not know math and instead go into areas where it is not needed.

Krawchenko believes in today’s society, where technology is critically important, one must have some sort of math background and it is unfortunate many do not have it. High schoolers receive very little preparation in terms of career choices and as a result are left on their own.

“Thousands of students graduate from medicine and are not particularly good doctors, but smart kids understand there are other areas and subjects that they should go into,” he said.

Besides, not everyone has the skill and talent to become a specialist in a science field. Some are told to follow their heart and do what they like or go with what they can do best.

Krawchenko argues we cannot have a society, however, that plans to give up on science and technology, nor, he suggests, should everyone go into a technical field. He instead is talking about colossal disproportions, such as an IT industry that cannot grow because there are not enough good programmers.

He believes there is also a valid reason for people to study history, literature, language and related subjects, but it is better done the hard way, like learning Chinese so one can read Chinese sources.

He feels Kazakhstan’s achievement in math is exceptional.

“This is a competitive world and competitive brains mean one has to work at it in whatever field he or she is in. Making a film isn’t easy, either. I think it’s also a question of how mathematics is taught in school,” he said.

“It means that this is the society that is going to be competitive. Not everybody is going to rush into science, but when I went to school you couldn’t get into a university unless you had done math, physics, chemistry or biology. If you want to be globally competitive, you really have to do something with science, technology, mathematics and these sorts of fields,” he added.

Business and international relations are also quite popular choices among undergraduates in Kazakhstan and abroad. Some are lucky to find a job and build a career while others struggle, because there are many business graduates in the market.

“We have something that is called a school of professional and continuing education that teaches non-degree programmes. Since 2007, we have graduated over 100,000 people. We teach entrepreneurship and business and have been very successful in opening up 60 companies, because what we also taught them is a technological idea. So you didn’t just complete a business course, but you had to have a business plan in your head,” he said.

The pre-condition of entering the programme is that one has a business idea of value and the director noted it is fascinating how people picked up on the idea. Concepts range from how to grow vegetables to managing massive poultry farms or mini dairies.

“One guy opened up a mobile repair all over the place; another specialises in waste treatment. It’s not like one more shop or one more café. For example, in Tekeli we are going to have business and management right next to an engineering faculty,” said Krawchenko.

Many people are good at technology but terrible at business, while there are those who excel in business and have no clue about technology, he noted. Therefore, one focus of the school’s business course is going to be “for people in business to understand technology.”

“Also, if you look at businesses that have grown, that is because they have found some new technological niche. You don’t have to do linear algebra all the time; it’s a different mind-set,” he said.