ASTANA – Two million thefts were committed in Kazakhstan in a span of 25 years, of which about 1.5 million remain unsolved, said Kussain Igembayev, head of the Prosecutor General’s Office second department, during the March 27 meeting of the coordinating council on ensuring the rule of law, law and order and combating crime and theft, reported vlast.kz. 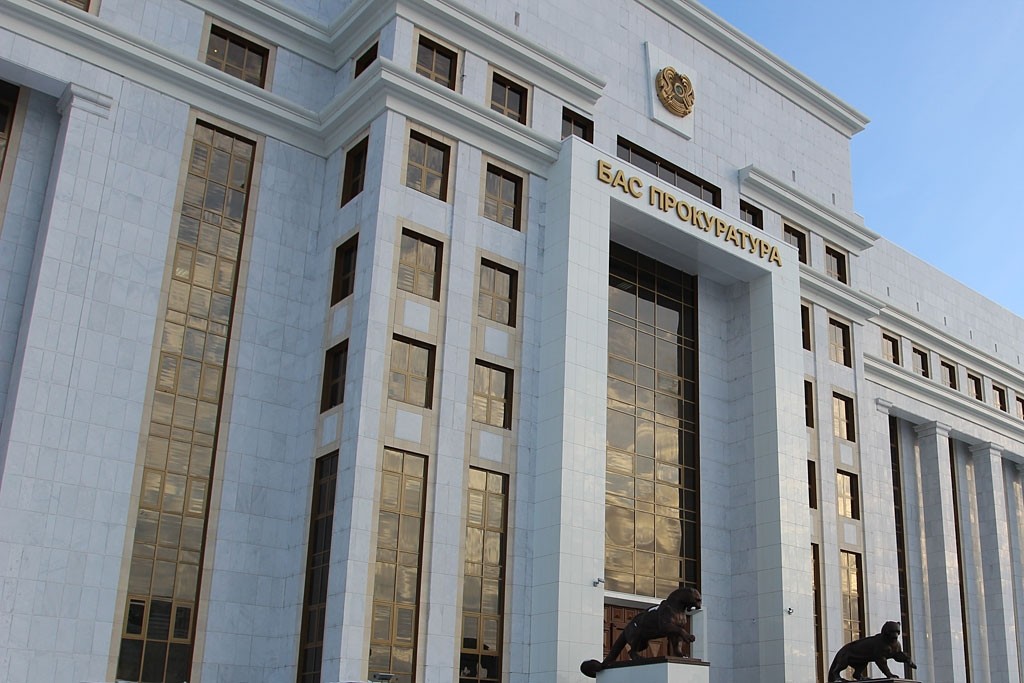 “For us, the feeling of security is the safety of the place where we live. How do thieves usually work? They look at how balconies are arranged, if there are double-glazed windows, if there is video surveillance, security or if the neighbours are on alert. Then, they get through the common entrance and use something to keep the door unlocked. In a couple of days, they determine the target – an apartment which was left unattended; they knock out the door, pull out the windows or pick the lock. We propose expanding the network of CCTV cameras. According to the Ministry of Internal Affairs, only 3 percent of multi-storey houses are equipped with such cameras. They are needed in the entrances to scare away thieves and help detain them,” said Igembayev.

More than 44,000 burglaries were committed last year alone and during the past five years, damage from thefts exceeded 70 billion tenge (US$223 million), he added. As a result, the Prosecutor General’s Office is encouraging installing video surveillance in residential buildings and developing concierge services.

Kazakhtelecom proposes installing cameras at the expense of the apartment owners as part of the Cloud Observation project. For a small monthly fee, people will be able to look after their homes from their smartphones and view archived recordings through their personal offices.

“The public-private partnership is also important. There is a need to interest businesses with favourable conditions. In Almaty, in the Nurtas micro-district, one of the video surveillance companies equipped 18 high-rise buildings with cameras. There have been no thefts reported in the past six months from that neighbourhood. Security costs are only 150 tenge (US$.50) per month. It is beneficial for both the tenants and entrepreneurs. To avoid cameras going idle, one can implement the mediator system. When one detects any offense, the owner of the video surveillance can pay part of the collected fine. Annually, fines amount over 40 billion tenge (US$127 million). The law ‘On the participation of citizens in the maintenance of public order’ provides for such a mechanism, but only for citizens. There is a need to include companies, too, or we could write this mechanism in a new legal act in the order of using video surveillance systems,” said Igembayev.

He also proposed developing effective forms of protection and promised, if possible, to introduce the work of concierge services in residential buildings in the capital.

“We studied the neighbour supervision programme, which is effective in the U.S. and in several other countries in Europe. In the North Kazakhstan region, it is already working. Neighbours, by agreement, monitor their territory and ensure the safety of their residences; these houses have signboards and any violation is reported to the local police. It is working. All this costs the local budget no more than 20 million tenge (US$63,770). We will develop this programme everywhere with the help of regional akimats (administrations). Concierge services are provided for ‘business class’ accommodations – of course, there are practically no thefts. If possible, we will use such services where we can,” he said.

Attorney General Zhakip Assanov, who also was present, suggested using employment programmes. He also noted the tenants themselves will agree to pay part of the sum for the concierge work. The main thing, in his opinion, is “to explain the necessity to the citizens in plain language.”