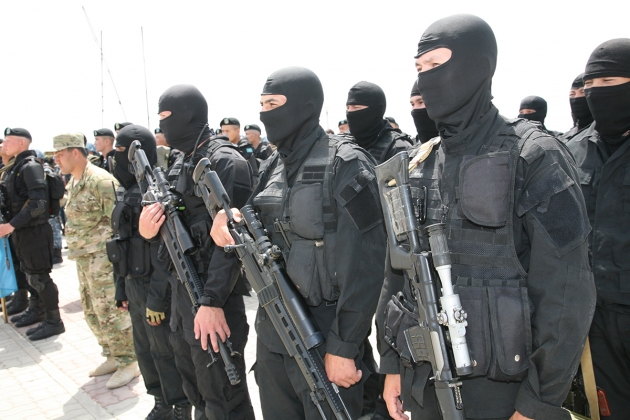 “We will work to use the potential of the route between Kazakhstan and Uzbekistan. The revival of the infrastructure system between the two countries is an important result of the visit of the Uzbek leader to Astana. We believe that this is good news for the Commonwealth of Independent States (CIS) and Eurasia as a whole. A unified transport connection constructed between Kazakhstan and Uzbekistan will make an important contribution to the development of the economic belt of the Silk Road and to the revival of the Great Silk Road,” said Zhang.

Negotiations on constructing a railway line from western China through Kashgar in the Xinjiang Uygur Autonomous Region and further through Kyrgyzstan to Uzbekistan have been conducted during the past 20 years, reported Kapital.kz.

“The most important thing is the project’s feasibility study and where to get financing. The project costs a colossal amount of $7 billion. If the parties want the Chinese government or Chinese banks to allocate money, how will they guarantee payback and who will pay out the loans? In addition, this is a very complex area running through the mountain ranges,” said Zhang.

“The rail transportation is much cheaper than air transportation and much faster than shipping. Goods from China to Europe are delivered in a month and a half by sea. The transportation takes two weeks or 10 days through Kazakhstan along the Silk Road. Kazakhstan significantly improved its services. The security of transported goods is guaranteed and the terms for customs are seriously shortened. You can register and skip the train every half hour. The possibility of loading empty trains in Europe for return transportation was also found,” he said.

Zhang noted the importance of constructing the Western Europe – Western China highway, which is expected to extend to the Lianyungang sea port.

“There’s also an issue on docking standards between our countries in the field of road transport, as there are different standards for cars, trucks, driver’s licenses and others. A road to Lianyungang sea port is expected to open by 2020 as part of the Shanghai Cooperation Organisation (SCO) agreement. There’s Kazakhstan’s sea terminal and now we need to think about how to open this route step-by-step,” he said.