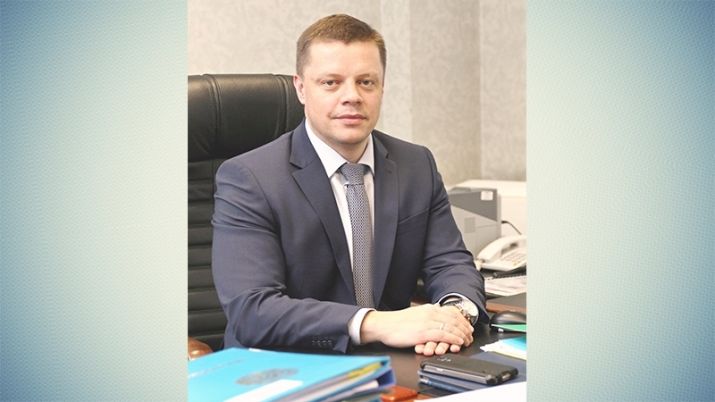 How do you assess the quality of Kazakh banks’ loan portfolio? Officially, the non-performing loan share indicators have significantly decreased during recent years. Does this statistics reflect the real situation? Some international experts think that the potential share of non-performing loans is quite high.

The banks’ portfolio quality is one of the key aspects influencing the future of the state financial market and its participants. As of early March 2017, the non-performing loans level (over 90 days of delay in payment), in accordance with banks’ reports, accounted for 7.32 percent or 1.1 trillion tenge; that is 3.8 percent lower than the maximum level set in 2014.

Banks’ reports, prepared in accordance with the International Financial Reporting Standards (IFRS), provide for quite a significant difference in opinions of banks’ managers and auditors referring loans to the non-performing loans category.

In 2015, major macroeconomic shocks took place and had a negative impact on the financial situation and financial solvency of bank borrowers. However, banks seek to delay recognition of losses on loans, including by means of “artificial” restructuring of loans, postponing the payment. Such loans are called “evergreen” in financial circles. As a result, loans, with no payment, are not included in the non-performing category in banks’ reports. That is why the National Bank has every reason to consider that, in general, the potential volume of non-performing loans exceeds the current level stated by banks in reports.

Thus, the real banks’ asset quality requires additional assessment because of the low quality of borrowers’ financial situations, use of non-hard collateral, for example, money and property to be received in the future, affiliated companies’ certificates of insurance, guarantees of natural persons, etc., as well as non-refundable loans of shareholders’ business and concerned persons.

This situation is not specific to Kazakhstan; many regulators face it. In order to solve it, the National Bank, like regulators in other countries, plans to perform an inclusive assessment of asset quality that is usually accompanied by stress tests. An inclusive assessment of banks’ asset quality will be conducted this year using a common methodology in order to bring the assessment to a common denominator. In order to ensure fairness and credibility to the assessment, central banks of other countries have attracted independent experts. We will apply a similar approach. The banks’ asset quality assessment will be conducted by an external consultant based on the methodology developed in line with international financial reporting standards.

Understanding the scale of potential problems will give us an opportunity to approach the process of introducing the system of structured problem resolution of failed banks widely using the instruments of recapitalisation and restructuring of healthy banks and appropriate rehabilitation of unhealthy ones.

Members of the International Monetary Fund (IMF) mission, who visited Kazakhstan this year, called on the National Bank to take quite a strong stand regarding “weak” banks. Do you share this approach or are you ready to lend a helping hand to financial institutions in trouble?

President Nursultan Nazarbayev, in his latest annual state-of-the-nation address titled “Third Modernisation of Kazakhstan: Global Competitiveness,” set a task for the National Bank to develop a package of measures for the bank sector rehabilitation within the fulfilment of the task aimed at “resetting” the financial sector. In particular, we have a task of accelerating the activities aimed at cleaning banks’ balance sheets from bad loans and, if necessary, ensuring recapitalisation of banks by their shareholders.

Following the results of the activities aimed at assessing the asset quality and stress tests, appropriate measures will be undertaken according to the identified problems. First of all, they include requirements of bank recapitalisation on the part of its shareholders to increase bank sustainability. In addition, measures will include procedures of rehabilitation and settlement of problem banks. That is why the National Bank’s actions aimed at conducting stress tests provide for the creation of legal and economic conditions for efficient rehabilitation and settlement of problem banks and safest approaches ensuring fast resolution of banks’ problems without erosion of credibility to the bank system and with minimum state expenses. Timeliness and awareness in undertaking measures to banks that are not strong enough lets the regulator significantly decrease public costs aimed at ensuring financial stability. The sooner the problem is identified, the easier it is solved and fewer social and economic losses are required.

In general, the National Bank adheres to a position in accordance with which only strong and financially stable banks can operate on the market, those that are able to meet the requirements of the regulator and conduct its activities not disrupting the financial stability of the bank system. Weak banks should leave the market.

Banks wishing to stay in the bank services market in the face of the volatile economic situation in the country and the world as well as challenges facing the banking sector of Kazakhstan should take appropriate measures – to unite or recapitalise. At the same time, the National Bank supports those banks’ initiatives that will ensure stability of the entire bank system. The chosen approach corresponds to the current international practice and received positive feedback from the IMF during recent meetings and discussions on the state of the economy and the banking sector.

Does it mean that we can expect new consolidation processes in the banking sector this year?

I repeat that we support the initiatives launched by individual banks to unite, which will help to increase the capitalisation of banks and improve existing business processes for customer service. At the same time, on our part we are ready to provide necessary support to banks for speedy completion of integration processes aimed at increasing the efficiency of the banking business.

What are the conditions under which the transaction can be concluded between Halyk Bank and Kazkom?

In accordance with legislative requirements, implementation of a potential transaction will be possible only if the rights and legitimate interests of depositors, creditors, other customers and counterparties of banks under contracts, including international obligations, are respected. In order to implement a potential transaction for the purchase of the Kazkommertsbank shares by Halyk Bank, there is a need to conduct a joint independent assessment of the Kazkom assets quality on the part of the National Bank and Halyk Bank. The quantitative parameters of the potential transaction will be determined after obtaining the results of the independent assessment. However, even now we can clearly state that the basic condition for the possible entry of Halyk Bank into the Kazkom capital is recapitalisation of the financial institution to a level sufficient to ensure its smooth operation.

Earlier it was said that it is planned to involve the Fund for Problem Loans into the potential transaction. What will be its role in this process?

As it is known, a significant part of the Kazkommertsbank credit portfolio (over 50percent) is represented by the liabilities of the BTA Bank. At the same time, the BTA Bank assets are assets with so-called long-term horizon of cost recovery. As a result, they do not form a sufficient level of financial flows necessary for their maintenance of Kazkommertsbank. Therefore, in order to ensure the financial stability of Kazkommertsbank, it is necessary to separate the assets of the BTA Bank from Kazkommertsbank at the first stage. The Fund for Problem Loans will serve as the operator at this stage. In the future, it is necessary to ensure involvement of these assets in the economic turnover within public-private partnership projects, including regional development programmes.

According to the task set by President Nazarbayev, legislative amendments are being developed in Kazakhstan aimed at introducing risk-based supervision that will allow the regulator to take preventive measures against banks that have not yet violated the norms but are pursuing a risky policy. Please, give us an example of what these anticipatory actions might be.

Yes, indeed, in his latest state-of-the-nation address, President Nazarbayev set a task to work out a package of measures to rehabilitate the banking sector, to ensure a transition from a formalised approach to risk-based supervision.

The National Bank has already started developing a package of measures to rehabilitate the banking sector, within which international principles of the regulatory and supervisory process will be implemented. In particular, it is planned to strengthen activities on prevention of crisis phenomena, without waiting for the emergence of problems and risk implementation.

At present, we have approved approaches to the introduction of risk-based supervision in accordance with the methodology adopted in the European Union. These approaches provide for the development of a new supervisory model, including the identification of methods for assessing the viability of the business model and its inherent risks, risk management systems and internal control of banks, as well as internal systems for determining capital adequacy and liquidity. Risk-based supervision provides for a complete change in the system of supervisory response measures, in particular the conceptual modification of existing limited impact measures and early response measures, grounds for applying sanctions and enforcement measures. This supervisory model will allow for gradually reducing the degree of banks’ exposure to various risks by improving their management systems.

In 2017, the National Bank plans to introduce a common methodology for assessing provisions with appropriate adjustments to the bank’s capital (reducing regulatory equity by the difference between regulatory provisions and provisions under the IFRS). In addition, approaches to the assessment of bank transactions with related parties and transactions on preferential terms will be strengthened. The issues of strengthening the responsibility of auditors and appraisers for concealing information about the deterioration of the bank’s financial situation, including the ban on carrying out activities in the financial market, will also be considered.

At the same time, at the legislative level, the mandate of the National Bank will be strengthened in terms of carrying out the forced restructuring of the bank’s capital structure and simplifying the process of uniting banks.