By Anuar Abdrakhmanov in Sports on 25 April 2017 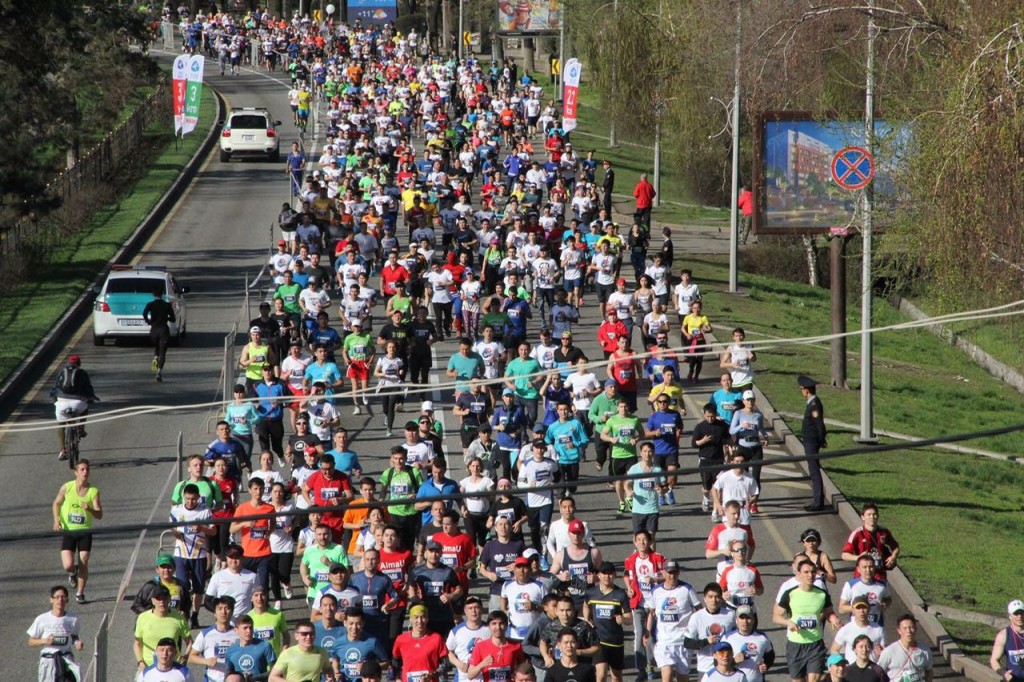 During the last several years, the event has become a landmark not only of Almaty, but of Kazakhstan as well. This large Central Asian sporting event, eagerly awaited by thousands, has become an annual holiday promoting an active lifestyle, health and charity.

“This is one of the biggest sporting events in Central Asia. We see that every year it is gaining momentum. We not only do sports, but we also help children with the money that was raised today. More than 500,000 Almaty residents do sports today and about 1,000 sporting events are held in our city. As the President of Kazakhstan Nursultan Nazarbayev said, ‘only a healthy nation can be competitive, so I wish everyone success and to feel a unified sports spirit,’” said Almaty Akim (Mayor) Bauyrzhan Baibek in his remarks before the start of the marathon.

Various people ran through the streets, including company managers, students, show business stars and even professional athletes, such as 2012 Olympic champion Alexander Vinokourov. 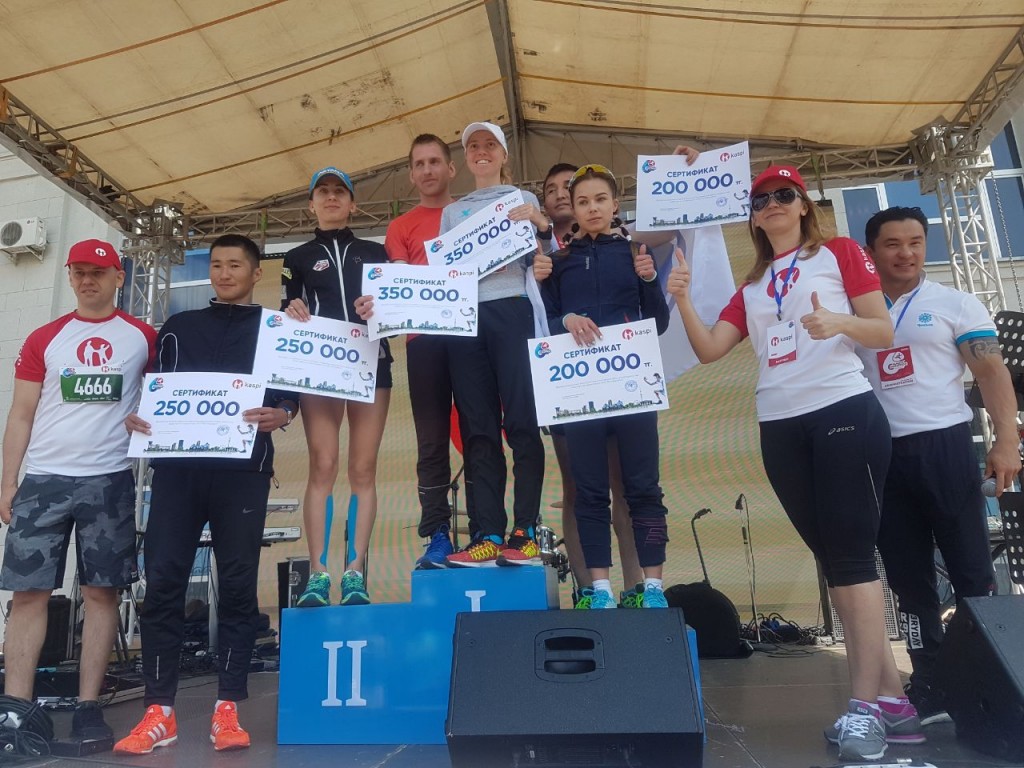 The finish line and awards ceremony took place at Central Stadium. Nikolai Grigorov and Polina Repina won the marathon and received cash prizes of 350,000 tenge (US$ 1,123). Amir Baitukanov from Ust-Kamenogorsk and Aidyn Kassen from the capital claimed second and third place, respectively, in the men’s marathon. Alyona Uvarova, of Almaty, came in second and Mariya Kireyeva, of Semey, took third in the women’s event. All participants were awarded memorable finisher medals and the winners received medals, certificates of merit and gifts from partners.

“This is the sixth time our city gathered lovers of a healthy lifestyle at the start of the Almaty Marathon, which has a significant impact on the city’s sports tourism. Every year, people are becoming more interested in mass sports events. The marathon has become one of the most anticipated annual sports and charity events. This year, the funds received from the entry fees will be sent to six specialised institutions, in which 1,500 children with serious illnesses study and receive treatment,” said marathon director Saltanat Kazybayeva.