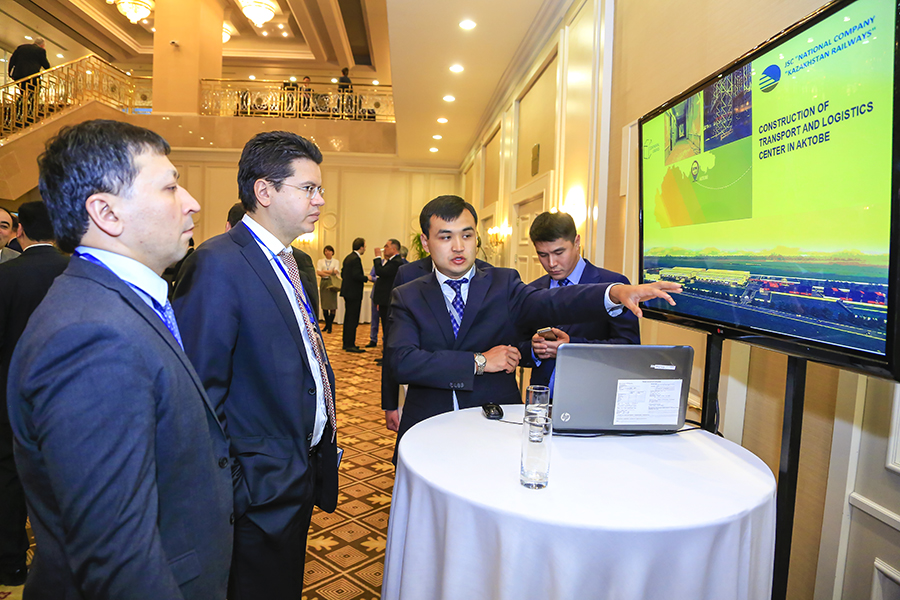 A delegation from the Kostanai regional Akimat (administration), headed by Akim (Governor) Arkhimed Mukhambetov, gave numerous press conferences in the capital on April 5 and met with foreign envoys in the hope of picking up business for the regional budget. The largest gathering included foreign ambassadors and Kostanai region government and business leaders who met under the umbrella of the Diplomatic Business Club (DBC), an association established two years ago to promote business interactions.

Kazakh Foreign Minister Kairat Abdrakhmanov who opened the gathering said  the Kostanai region is one of the most dynamically-developing industrial and agricultural regions in the country.

“The Kostanai region Akimat is working hard to attract investments to the region,” said Deputy Akim (Governor) Meirzhan Myrzaliyev in a more detailed presentation at the meeting. “We are working to raise the level of competitive advantages and improve the investment climate in the region. For instance, in the past year the volume of foreign investments in the region was 11.1 billion tenge (US$35.5 million), which was 11 percent more than in the previous year.”

The region is located in the north of Kazakhstan and occupies an advantageous economic and geographical position, Myrzaliyev said adding that Kostanai is “the centre of a market of more than 25 million people with the gross regional product of $295 billion”. He referred to the region’s bordering three big industrial regions in neighbouring Russia the trade with which is facilitated by the operation of the Eurasian Economic Union.

“An industrial zone with an area of 400 hectares is currently under construction to attract investors. In addition, the region has launched construction of the Kostanai Agro-Industrial Park. This project will help increase the export potential of the agricultural sector, create a unique system for trade in agricultural products and expand opportunities for its implementation without intermediaries,” said Myrzaliyev.

The Akimat presented a list of available facilities and areas in the region composed of 157 passport-free facilities, lands and projects requiring investments.

According to Myrzaliyev, there are specific examples of such policies already bearing fruit. Since the beginning of the year, two new foreign investors have already entered the region. One $5.5 million project has to do with the construction of a milk processing plant and the production of dairy products in the Fedorovsky District. The investor is a company called Industry Capital from Poland. The second project, worth $13 million including $10 million in foreign direct investment from ADM Capital from the Netherlands, will provide for the launch and modernisation of a poultry farm in the Karabalyk District.

The April 5 meeting became the latest in the series of Diplomatic Business Club events as it works to establish mutually beneficial connections.

“The concept of the DBC is to liaise with diplomats and businesspeople in Kazakhstan: diplomats can directly link any business to their country,” Globalink Logistics Group Ltd. President and CEO Siddique Khan, a member of the club since its inception, said in an interview for this story. “Secondly, it’s important to extend to the regions; either they come to us or we go to them. For instance, today we had a delegation from the Kostanai region. One of the ambassadors expressed willingness to go to Kostanai to explore business opportunities.”

DBC was established in July 2015 by the joint efforts of Kazakhstan’s foreign ministry and the country’s entrepreneurial association, the Atameken National Chamber of Entrepreneurs. The club has both hosted Kazakh regional businesses in the capital and reached out to the regions. In October 2015, DBC helped organise a trip to Khorgos for diplomats to explore the opportunities for cross-border trade with China and the potential of the dry port to become a major hub of the Silk Road Economic Belt. Last year, DBC hosted two regional akims, from Aktobe and the North Kazakhstan region, in Astana, followed by ambassadors’ trips to these regions to discuss concrete investment projects. DBC also helped organise a diplomatic visit the same year to the South Kazakhstan region for the Ontustik Invest business forum.

“I have a client in Greece, who several months ago asked me for a small favour – to find a supplier of wheat flour from Kazakhstan. Today, I saw four companies from Kostanai offering wheat flour and wheat for export. This [type of event] is about connections, so I told my client in Greece about it and now they might do business together,’ said Khan.

Some 30 various Kostanai businesses took part in the meeting, presenting 37 projects, 13 of which are oriented for export.