Kazakh President lays out principles for modernisation of nation’s identity

By Aigerim Seisembayeva in Nation on 18 April 2017

ASTANA – Kazakh President Nursultan Nazarbayev published April 12 a wide-ranging policy article, “Course towards the future: modernisation of Kazakhstan’s identity” in national newspapers outlining steps for modernisation of social norms and priorities alongside the political and economic modernisations announced in January. 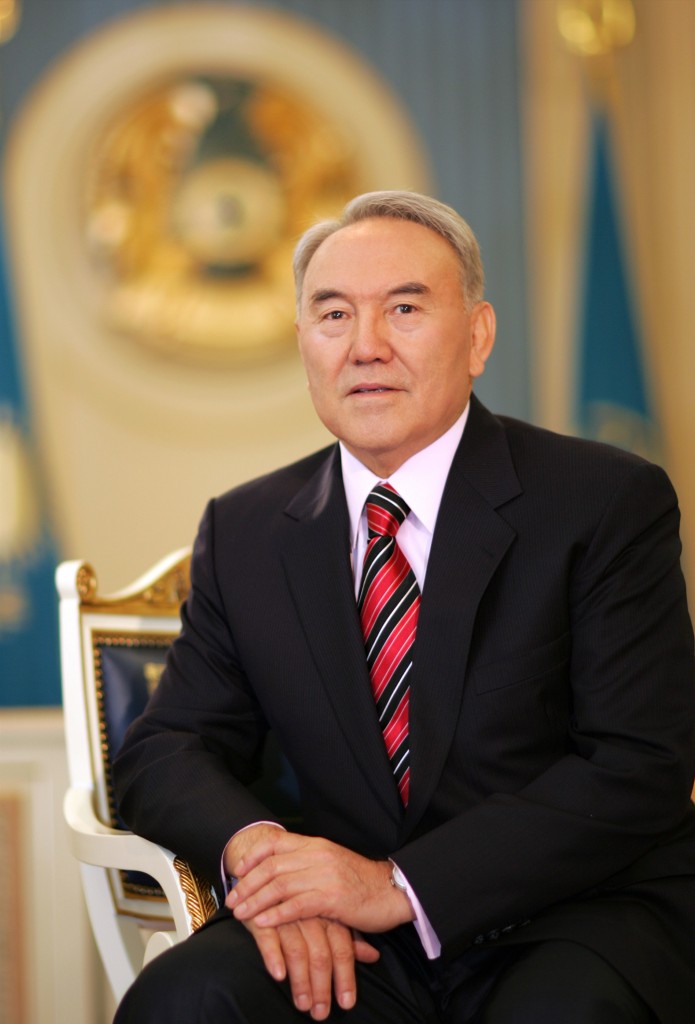 “I am sure that the large-scale reforms that we launched should be continued with advanced modernisation of nation’s conscience. It won’t just complement the political and economic modernisation, but will be its core,” the article reads.

The three components of national modernisation have one common goal – to enter the world’s 30 most-developed countries. In Nazarbayev’s opinion, it is impossible to become an advanced country preserving old models of consciousness and thinking. It is important to adapt to new conditions and take the best of what the new era offers.

“That is why I decided to share my vision of how we can take a step towards the future together and change the nation’s conscience to become a united nation of strong and responsible people,” he wrote.

He singled out several directions where he proposed to modernise the mindset of the nation and its people.

Society and individuals can succeed only by developing their competitiveness in not only material things, but also in knowledge, intellectual products and quality of human resources.

“That is why each Kazakh and the nation in general should possess a set of qualities fit for the 21st century. Among those qualities are computer literacy, foreign language proficiency and cultural openness,” Nazarbayev says.

2. Pragmatism
This implies knowledge of national and personal resources, their economical use and ability to plan.

“The ability to live rationally with an emphasis on achieving real goals, on education, healthy lifestyle and professional success is the pragmatism in behaviour,” the article reads.

3. Preserving national identity
This means preserving the inner core of national identity while changing only some of its characteristics. This does not mean keeping everything – both the things that drive people into the future and the things that drag them back. The nation has to use its best traditions as prerequisites and important conditions for success. A number of archaic habits should be left behind.

4. Cult of knowledge
Education should be the number one priority and key value for the nation. Only highly educated people capable of switching professions thanks to an elevated level of education will be able to live successfully in such conditions.

“The cult of education should be universal. And there is a crystal-clear reason for that. Half of existing professions will cease to exist in the upcoming decades because of the technological revolution,” Nazarbayev stresses.

“We must clearly understand the lessons of history. The time of revolutions is not over. And while they have changed greatly in their form and content, our whole recent history says directly and unambiguously: only evolutionary development gives nations a chance for prosperity. Otherwise, we will once again find ourselves in a historical trap,” the President said.

Understanding what is going on in the world and in the region;
Being ready for changes that the technological revolution brings;
Being able to adopt others’ experience and learn from others.

In this regard, Nazarbayev sets the examples of the two great Asian nations, Japan and China.

The President emphasises that not being open-minded means not being able to see the bigger picture and predict the future.

The first project is to transition the Kazakh language to the Roman alphabet.

“In December 2012, in my annual state of the nation address to the people of Kazakhstan ‘Kazakhstan – 2050’, I said that we need to begin switching to the Roman alphabet starting 2025,” he said.

By 2025, Kazakhstan will begin using the Roman alphabet in documentation, periodicals, textbooks and other official forms of communication to better accommodate the technological environment, communications, scientific and educational processes, the President wrote.

Nazarbayev tasked the government to elaborate a transition timetable. By the end of 2017, the government is to adopt a single standard version of the new Kazakh alphabet (a task made important by the presence of numerous sounds in the Kazakh language that cannot be simply identified by a single or simple Roman letter). In 2018, training to teach the new alphabet will start, and textbooks will be prepared for secondary schools.

During the adaptation period, the modified Cyrillic alphabet, currently in use, will also be applicable.

The second project is called the “New humanitarian knowledge. One hundred new textbooks in the Kazakh language” project in the social and human sciences.

The project seeks to facilitate comprehensive education in humanitarian sciences. It is to translate the 100 best textbooks of the world into Kazakh and enable youth to learn according to the best world standards. In the 2018-2019 school year, Kazakhstan is to start educating students using these textbooks.

For these purposes, a non-state National Translation Bureau will be created. It is to start its work in summer 2017.

This project will provide a qualitatively different level of training of personnel adapted to global competitiveness. And these people will further become the main conductors of the principles of modernisation of consciousness – openness, pragmatism and competitiveness.

Third, the “Tugan Zher” (“Homeland”) programme that will easily be translated into a wider framework of “Tugan El” (“Home Country”).

The programme will improve the business, educational and cultural environments of Kazakhstan’s regions. It includes conducting a serious study of local lore in the sphere of education, ecology and site improvement, study of regional history, and restoration of cultural and historical monuments and cultural sites of local significance. It is also about supporting business people, officials and other people who, having moved to other regions, would like to support their region of birth.

The “Tugan Zher” programme will be a basis for national patriotism. Loving one’s local community lays the groundwork for love of country, the President wrote.

Fourth, the “Spiritual holy sites of Kazakhstan” programme or “Sacral geography of Kazakhstan” will unite, in the national conscience, the monuments surrounding the Ulytau and the Mausoleum of Khoja Ahmed Yasawi, the ancient monuments of Taraz and many other places.

“It is one of the elements of national identity, that is why, for the first time in a thousand years, we should develop and implement such a project,” Nazarbayev stated.

He instructed the government to develop this project within a year and unite three elements in the project while maintaining a dialogue with the public:
– educate every citizen of Kazakhstan on the role and place of this Cultural and Geographical Belt;

– the mass media should be involved in national information projects in this sphere;

– domestic and international cultural tourism should be based on this project.

Fifth, the “Modern Kazakh culture in the global world” project will identify the best examples of modern Kazakh culture, translate them into the six languages of the UN and communicate them to the world. Nazarbayev said the state and creative intelligentsia should provide significant support to this project.

“I think that 2017 should be of critical importance: we should make a clear decision on what we want to show to the world in the cultural sphere. And we can implement this programme in five to seven years,” the President said.

Sixth, the “100 new faces of Kazakhstan” project will tell the story of 100 people from different regions, representing different age groups and ethnicities who have succeeded during the years of independence.

They are to become the central figures of TV documentaries and role models for the people. The project is to show the real faces of those who are creating a modern Kazakhstan using their intellect, effort and talent. Regional projects of “100 new faces” will also be launched.

“At a new break of ages, Kazakhstan has a unique historic chance to build a better future through modernisation and new ideas,” the President wrote. “I am sure the people of Kazakhstan, especially the young generation, understand the importance of the proposed modernisation.”