Economic development shall be considered along with urban planning, says Kazakh architect

ASTANA – Urban planning as an applied science and spatial planning has recently become popular in Kazakhstan. Meanwhile, the practical neglect of urban planning objectives and possibilities inevitably leads to economic losses. Amanzhol Chikanayev, author of the idea of agglomerating territories, member of the architectural council under President Nursultan Nazarbayev, honorary architect of Kazakhstan and professor at the International Academy of Architecture, spoke about the future of the urban planning science. 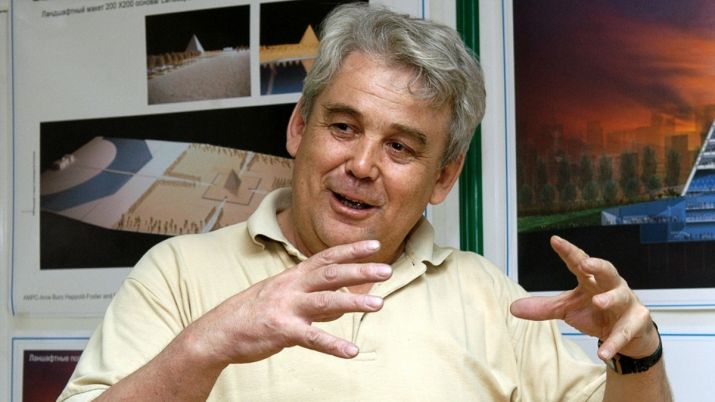 Do you think the expression “the world is urbanising” is inapplicable to Kazakhstan? After all, the estimated urbanisation rate in the country remains no higher than 60-65 percent.

The figures vary depending on the research level. Even if we accept the figure you gave, the development of large cities was negatively affected by what happened with our industry and agriculture in the 1990s. Make no mistake and do not think of urbanisation as an exclusively positive concept. Problems in rural areas made villagers stream into cities in pursuit of a better life and earnings.

Cities began to grow rapidly and spontaneously. However, not every villager with the diploma of an agronomist, zoo technician or even a mining engineer can find a job in a city in their field. A whole army of low-skilled workers from among tens of thousands of former village residents found themselves engaged in trade and pushing trolleys with imported goods in numerous bazaars and markets in cities. Now, the burden on urban infrastructure has increased dramatically and its development does not keep up with the needs of new citizens. What could be the solution? We need to look for new approaches based on new principles of economic management.

Urban planners must plan a territory in a way that will make a new economy effective. For this, one must understand what kinds of problems there are and what territorial planning should look like. When we delved into these questions, we identified a number of problems. The first has to do with spontaneous and even stimulated urbanisation, which leads to the growth of towns and cities and the transformation of the latter into megacities. By supporting urbanisation, we prioritise the allocation of budgets to cities and finance the development of urban infrastructure. Thus, making cities even more attractive to villagers, we turn them into strong magnets. As a result, this intensifies “washing away” the rural population and depopulation of rural areas. People who arrive in large cities cannot afford buying houses and getting a job, so they do their best to stay in suburban settlements.

This results in their fusion and integration into something qualitatively new – an urban formation which is usually called an agglomeration. Here again, the question is what to do? I would be glad if the current urbanisation led to the development of new industries, new technologies, construction of high-tech plants and growth of IT companies…

Does it mean that urban planners have to guide economists, analysts, etc. and join their efforts to develop a clear vector of development?

This is possible only if urban planners have a broad outlook and large-scale thinking. I should say, not every urban planner has such abilities. Some of them are used to drawing beautiful lines borrowed from abroad. But not everything that works well abroad can be applicable to us.

I have been abroad many times and understand the reasons that allow them to improve their living standards. This made me reflect on our situation. We have a potential that will help Kazakhstan take a rightful place in the world market. It can be easily integrated into the system of designs of the master plan.

The head of state pursues a wise and sound policy, requiring us to diversify the economy and turn it into a competitive one, producing goods with high added value that are in demand not only domestically, but also abroad. How can we do that? By analysing the situation, we state that we should compete in the global economy. Hence, our products must be of a better quality and cheaper than those of world corporations. And they, in fact, take the most favourable conditions from different countries: labour, commodities, they combine technologies. That is why they have very high quality products with a low final price.

So, we need to compete with them. The question is how?

Our territory is divided into oblasts [regions]. If each oblast does something in isolation, it will not work. Therefore, the country’s territory can be divided into three large economic areas, the macro regions. Let us start from the north. There are Sokolovsko-Sarbaisk and Lisakovsk iron ore deposits with the fourth largest reserves in the world. We also have Torgai (Turgay) bauxites. The central part of the country is rich in copper deposits in Zhezkazgan and Balkhash, a new abundant deposit 15 kilometres from Temirtau and large coal deposits in Karaganda, Ekibastuz, Kushmurun and Shubarkol. Ekibastuz has a major power plant which satisfies the electricity demands of the entire central and northern Kazakhstan and even exports it. East Kazakhstan is rich in copper, zinc, silver, gold, uranium, rare metals and rare-earth elements.

Thus, the northern, central and eastern parts of the country are a large economic region with a strong resource potential to develop related and complementary industries: mining, metallurgy and machine building.

I have an objection. In theory you brought them together, but in practice they are all private enterprises. What private owner would want to team up with anyone if they are already profitable?

You are right. I also had a natural question: Why are engineering and manufacturing plants producing high value added products not being created so actively? There is the issue of privatisation. Large industrial enterprises fell into private hands. Each entrepreneur sells products to an enterprise of the next technological link and has its revenue. At the most, there is only the second level of processing. On the way to mechanical engineers, products, which include all revenues of the chain, acquire the highest price on commodity. A mechanical engineer should turn everything into a final product, which becomes very expensive. As a result, our mechanical engineering is so underdeveloped. In Western countries, corporations are united and they distribute revenues in accordance with the final result. They deliver products at their cost of production to the next level of the chain, and thus, the final cost is low. The revenue of the final product is being distributed according to the shares of participation.

Nevertheless, can we compete with transnational corporations?

We have a resource capacity that allows us to do that. We must create investment passports of regions. Thus, there would not be a need for a businessperson to seek what is beneficial or not in regions. Such a document will have information on electric energy resources, transport infrastructure, logistics, sources of commodities and social infrastructure. Everything should be described. From this perspective, it will be easier for a businessperson to find his or her investment niche. We also should not forget that such a niche must be beneficial for the society and the state.

Tell us about the Almaty agglomeration development scheme. What do you plan to do in the region?

The President set two objectives for us: the first is to lessen the burden of overpopulation in Almaty and to create prerequisites for solving transport and environmental problems of the city; the second is to transform Almaty and the Almaty agglomeration into a zone of breakthrough industrial and innovation development of the economy. Today, Almaty has more than half of the scientific and research organisations and higher education institutions of the republic. But it lacks the relevant production, laboratory and experimental base.

We propose establishing an industrial and innovation centre in Kapshagai, which will create conditions for opening industrial, production and experimental enterprises and branches for advanced technologies by Almaty’s technological universities. Higher education institutions will place research centres there and will build university campuses for advanced students and professional staff. Of course, undergraduate students will stay and study in Almaty. However, the majority of Almaty students will move to Kapshagai. Graduate students will be involved in very interesting work in innovation technologies. The development of industry and social infrastructure in the resort zone of the Kapshagai water reservoir will attract labour migrants from other regions. Thus, a powerful countermagnet city will emerge to pull migration flows from Almaty.

The rural areas of the Almaty and Shymkent agglomerations will preserve the excess labour force, since even a countermagnet city will not be able to accommodate all those who wish to move there. What do you think?

Historically, the Great Silk Road passed through the territory of Almaty and the South Kazakhstan oblast. This region has many monuments of tangible culture, history and architecture. The richest and the most abundant foothills were there. There were excellent conditions for growing vegetables and berries, melons and fruits, cotton, oilseed and sugar beets.

That is why it is feasible to promote tourism in these agglomerations and rural territories themselves shall be used for intensive agricultural production to the greatest possible extent. The priority is to create large-scale production on the basis of cooperation.

There are offers to form intensive agricultural production in the south by creating big orchards, vineyards and vegetable plantations. In parallel, there is a need to raise the level of processing.

The task of government and business is the following: it is necessary for them to build processing enterprises and warehousing storages and to develop logistics. We, urban planners, should take this into account. For instance, we design settlements with family greenhouses; simultaneously, we foresee the construction of industrial hothouses and processing enterprises. We are reconsidering the existing logistics and we are planning and designing the Kyzylorda-Zhezkazgan road in order to sell our southern goods in the territory from Kostanai to the Russian Urals and even Siberia. This is the chain. It will completely reorganise the industrial and social landscape of the territories.

This is huge work and we practically do not have time to implement it, because the world is rapidly changing. What is the timeframe and how much money is needed?

It does not depend on us – on urban planners. We do not manage finances. However, since we live in a market society, we need to establish conditions in order for investors to inject money in the national economy.

As for the human capital deficit in urban planning: How do we address this and with whom?

At first sight, it seems that the state of human capital is more than perfect. Dozens and hundreds of Ph.D. theses are being defended. It seems to be a great intellectual power. But what is the value of these researchers? We claim that if Kazakhstan wants to occupy a decent place in the world economic space, we should start preparations now for post-industrial development. We must produce machinery, equipment and electronics that will be competitive on the global market. We have favourable conditions which have to be immediately revealed.

In my opinion, today we should unite efforts of agencies responsible for industry, agriculture and transport to rapidly analyse methods of the formation of industrial and agricultural policies of the country. Along with the development of enterprises, sectors and industrial economy, there is a need to upgrade and foster human capital. There is a form, but the content is needed.