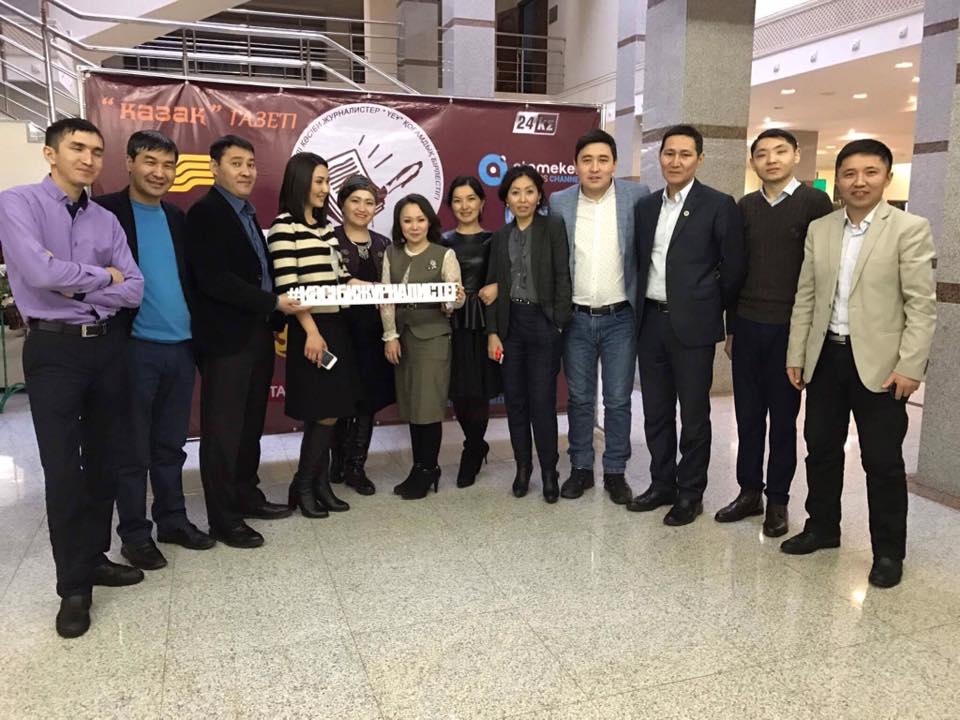 More than 70 people attended the Feb. 11 first meeting of the Kazakh-speaking Professional Journalists public association, during which the group identified the key work areas, brainstormed on the priority activities, outlined the action plan for this year and discussed the scope of work. The organisers presented the participants with membership certificates.

The main objective of the public association is to identify the challenges and find solutions to improve the work of Kazakh-speaking journalists working in print and broadcast media outlets. The organisation founders seek to build Kazakh-language journalists’ professional capacity and competitiveness.

“The modern-day demand is education, professionalism and competitiveness. To ensure we meet these requirements, the journalists need a common discussion platform. Since the first day of launch, we have received lots of support. We will use the social networks to maximise feedback and opinion sharing within the journalist community,” said Kenzhekei Toktamurat, one of the founders.

The new group is committed to serving as a platform for an open conversation about what skills the Kazakh-language journalists are lacking or what changes they are faced with. The association also seeks to raise the status of the Kazakh language through media.

The Kazakh government also seeks to strengthen multilingualism by supporting use of Kazakh and Russian, and building English proficiency through education.  To revive and support the Kazakh language use, which in the Soviet times was limited to domestic and local use, the Law on Mass Media requires all state television and radio channels to broadcast at least fifty percent of their content in Kazakh. However, journalists believe there is still much to be done.

“We want to ensure journalists have access to information in the Kazakh language. We want to help them in the work they do. It is not a secret that many state authorities are unable to provide information and give interviews in Kazakh,” Toktamurat said.

According to the organisers, this often hinders the timeliness of Kazakh news reports compared to Russian-language media who have better access to quick and comprehensive information.

To address this, the reporters, government bodies, national companies and financial institutions should work together and hold joint workshops to have a better understanding of each other’s work and industry specific topics and terms, the activists believe. This will help foster a new generation of professional Kazakh journalists working in different genres.

“We also want to focus on the media workers’ achievements, their contribution in strengthening civil society, covering and starting conversations on socially important topics, impacting decision-making. The organisation will be able to give credit to the people who have earned that though their work,” Toktamurat added.