By Aigerim Seisembayeva in Nation on 9 March 2017 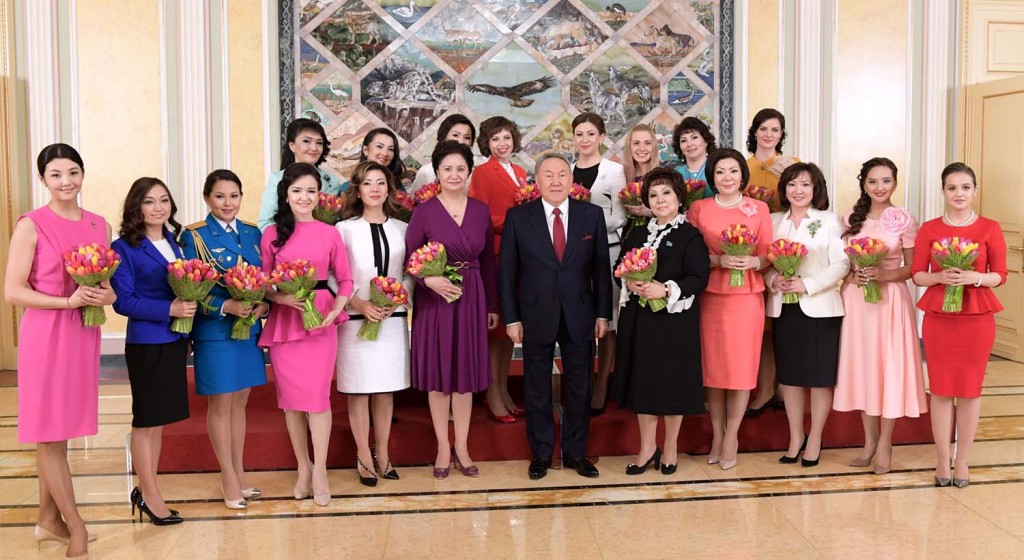 “Today, women of Kazakhstan make a special contribution to the formation of our state. The representatives of the beautiful half of humanity are working tirelessly in various spheres of our economy, including public service, science, private sector, education and health. Fifty-five percent of civil servants in the country are women,” Nazarbayev said at a large meeting held in Akorda with women coming from different walks of life.

He also touched upon the state’s demographic policy, focusing on the issues of support and protection of motherhood and childhood.

“Upon my instructions, the implementation of the Family and Gender Policy Concept until 2030 begins this year. In July, the amount of childbirth allowances will be increased by 20 percent. The annual cost of financial support for maternity and childhood constitutes 160 billion tenge (US$506 million). Another 120 billion tenge (US$380 million) is paid to parents from the State Social Insurance Fund. In 10 years, we have achieved a reduction in maternal mortality by 3.7 times, children’s deaths decreased by 1.5 times,” the head of state said.

In addition, the Kazakh President singled outtasks to strengthen the country’s gender policy, notingthe first task is to strengthen the institution of a family. In this regard, Nazarbayev noted that every third marriage breaks up in Kazakhstan, in particular, due to the unpreparedness of the spouses for responsibility. 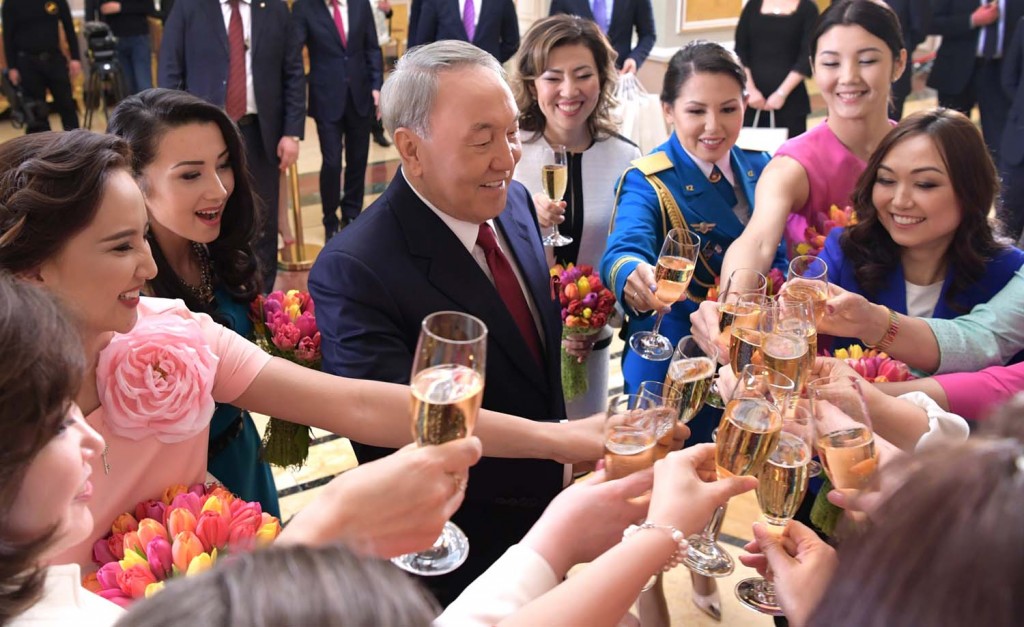 “There are half a million single-parent families in our country. It is necessary to take measures to address this problem,” Nazarbayev stressed.

At the same time, the President drew attention to the need to eradicate any manifestations of aggression against children and to provide employment for the younger generation by strengthening patriotic education in special circles and institutions.

“In addition, we can consider the possibility of holding an all-Kazakhstan Children’s Olympiad every four years under the supervision of Olympic champions. The next issue is that the average women’s income is still one-third lower than that of men. One of the reasons for this is the list of jobs approved by the government, on which the use of women’s labour is prohibited,” said Nazarbayev.

The head of state pointed out as next priorities of gender policy the need to create a comfortable environment for a mother and a child, as well as promote a culture of respect for motherhood.

“Perhaps, it is worth holding a nationwide open day for children. I hope that with your help, dear women, we will be able to implement all our plans,” the President noted.

Nazarbayev expressed confidence that it is women who will play a big role in the current political modernisation.

Participants of the meeting shared their achievements both in professional and daily activities.

At the end of the event, the head of state awarded the mother of many children Oksana Mukasheva with the “Altyn alka” (Golden Pendant) award and conducted a tour around the Akorda residence for the meeting participants.