ASTANA – Professors from Al-Farabi Kazakh National University (KazNU) and experts at Kazakh Research Institute of Oncology and Radiology plan to conduct studies to prove the efficiency of domestically produced medications to treat cancer. They still need to determine whether or not the medications will be efficient in humans. 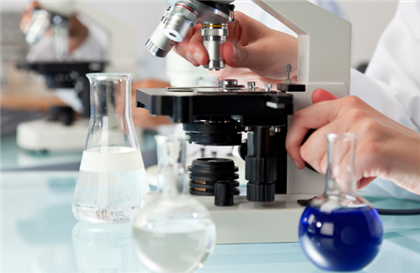 “Professors have already spoken to us about conducting more studies on their anticancer drugs. At present, the medications have had preclinical studies conducted on them, which is culture testing of tumour cells and testing on animals. Testing on humans shall be the next phase. The studies are still at quite an early stage. It is also early to discuss the efficiency of these medications for now,” Dauren Adilbay, oncology doctor and deputy director at Kazakh Research Institute of Oncology and Radiology, said in an interview for this story.

The medications Alnusidin and Leikoefdin, developed in Almaty by KazNU professors Dmitry Korulkin and Kairolla Rakhimov, are made with mountain ephedra and grey alder and can reportedly treat any form of cancer, even advanced stages of the disease.

Most drugs used to treat patients at Kazakh Research Institute of Oncology and Radiology are foreign-made, according to inform.kz.

The new domestically produced medications have had a hard time finding their way onto the shelves of local pharmacies despite all the clinical trials conducted during many years and their claimed inexpensive price and good quality compared to similar foreign drugs.

One of the reasons is the drugs were not officially registered by Kazakh government authorities due to confusion between Kazakhstan’s Ministry of Health and the drugs’ developers. The developers claimed the ministry was not willing to register their products, while the governmental body denied that claim, saying they never received the application from the developers to register their medications, according to Tengrinews.kz.

Experts promise to assist in the mass introduction and use of the new drugs once their efficiency, safety and quality are proven.

The doctor added radiation and chemotherapy are used for late stage three or four cancers. In most cases, surgery is the main treatment method during early stages of the disease and radiotherapy is an option in some cases as well.

“In case chemotherapy is needed this means the disease is in its late stage, when the cancer has spread to the blood. Unfortunately, surgical treatment cannot yet be replaced with anything nowadays. Any medication created is aimed for later stages of cancer. Most of our classical chemical medications are herbal, too, but that does not mean they are less harsh,” he added.