ASTANA – For the first time in the post-Soviet space, Kazakhstan has begun vaccinating children against pneumococcal infection, said Minister of Healthcare Yelzhan Birtanov at an expanded meeting of the board of the ministry dedicated to the results of 2016 and the tasks for 2017. 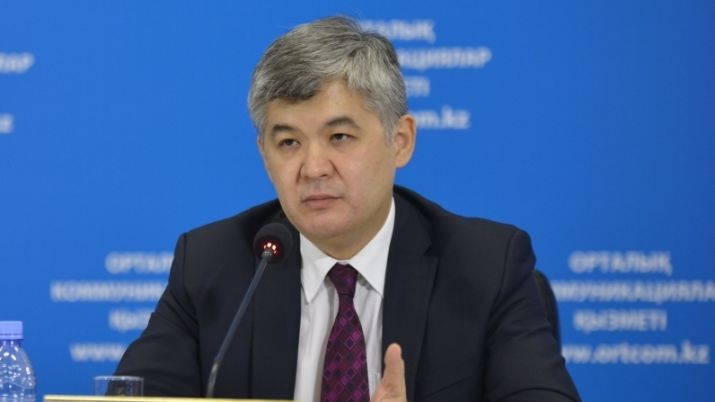 “To date, two regions of the country are covered by this type of vaccination, it will be carried out throughout the country stage by stage. These measures alone will reduce the death rate of children by 20 percent,” said Birtanov.

He also noted that 2016 was significant for the entire healthcare sector. The state programme Densaulyk was launched, which is a logical continuation of previous state programmes.

“Life expectancy in 2016 was 72 years, which is six years more than in 2006. There is a positive trend in infant mortality, in 2016 that figure was 12.6 cases per 1,000 births, which is two times less than in 2006. In order to reduce maternal and infant mortality, the ministry successfully introduced an integrated model of rendering medical care to obstetric patients and childcare,” said Birtanov.

According to the minister, the taken measures have resulted in a stable decline in infant mortality rates. According to the Statistics Committee, the maternal mortality rate in the reporting year was 12.7 cases per 100,000 births, whereas in 2000 it was 48.0 cases per 100,000 births. In order to reduce mortality, the role and responsibility of specialised medical organisations responsible for coordination, monitoring and ensuring the effectiveness and quality of medical care at all levels has been strengthened.

In addition, much attention is paid to the implementation of the National Screening Programme. In 2016, more than 11 million screening surveys of target groups of adults and children were conducted in the country. The coverage rate of screening was increased by at least 90 percent as well as the detection rate of cases of diseases.

“Considering the fact that more than 40 percent of the population lives in rural areas, special attention is paid to increasing the availability of medical care to rural populations, especially to those living in remote and hard-to-reach regions. Transport medicine is developing, 49 mobile medical complexes, 40 medical rescue stations and three diagnostic trains are functioning,” stated Birtanov.

Priority attention is paid to the treatment of diseases most influencing the demographic situation in the country.

The country’s 23 medical organisations in seven regions are implementing the Disease Management Programme in pilot mode for arterial hypertension, diabetes mellitus and chronic heart failure. This programme is aimed at teaching patients healthy lifestyle habits that contribute to reducing the exacerbation of chronic diseases, emergency hospitalisations and increasing the joint responsibility of citizens for their health.