ASTANA – The “Kazakhstan and the United Nations: Interaction for Peace” exhibition has opened in the Museum of the Library of the First President of Kazakhstan to mark the 25th anniversary of Kazakhstan’s accession to the UN and the beginning of the country’s activity as a non-permanent member of the UN Security Council. 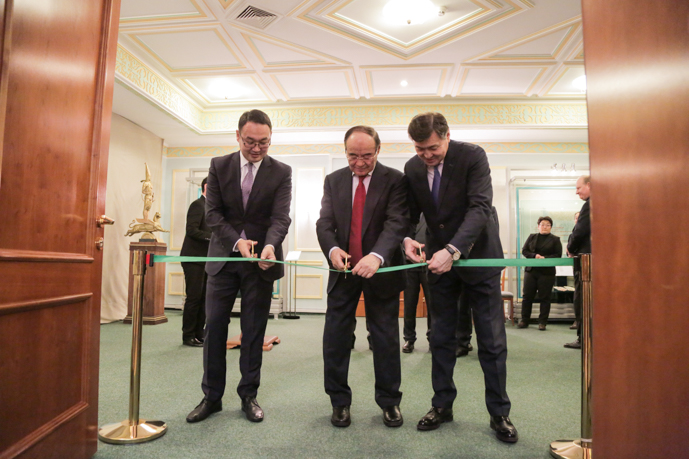 The exhibition will continue until Sept. 1 and features archival documents, photographs and diplomatic gifts illustrating the 25-year history of Kazakhstan’s work within the UN.

“March 2, 1992 became an historic day for Kazakhstan. It was the day when Kazakhstan joined the United Nations. At the plenary meeting of the 46th session of the UN General Assembly, resolution 46/224 on the admission of the Republic of Kazakhstan as the 168th member of the UN was unanimously approved. After the meeting, a solemn ceremony was held to raise the flag of Kazakhstan in front of the organisation’s headquarters. The recognition of Kazakhstan’s merits in strengthening regional and global security was the election of our country as a non-permanent member of the UN Security Council in 2017-2018,” said Deputy Foreign Minister of Kazakhstan Yerzhan Ashikbayev at the opening ceremony. 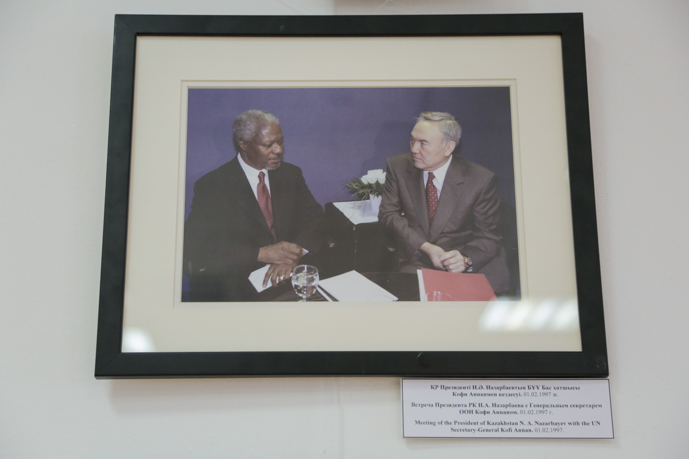 Important milestones in the development of cooperation between Kazakhstan and the UN include official visits to Kazakhstan by the UN Secretary General Kofi Annan on Oct. 17-18, 2002 and Ban Ki-moon on April 6-7, 2010. In addition, Ban Ki-moon attended the OSCE (Organisation for Security and Cooperation in Europe) summit Dec. 1-2, 2010 in Astana. 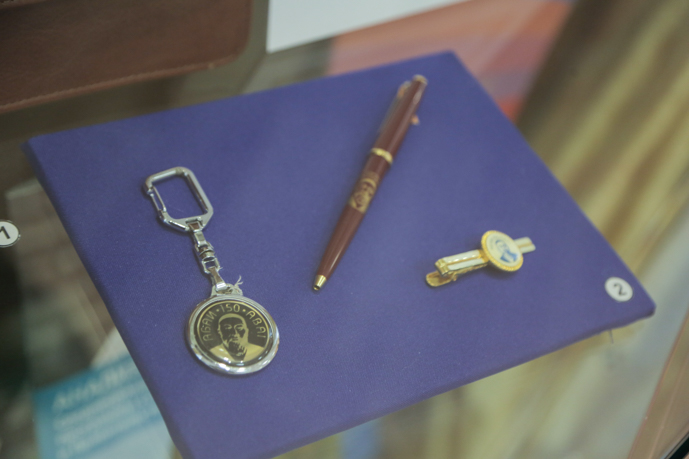 During his visit to Kazakhstan in 2010, the UN secretary-general visited the former Semipalatinsk nuclear test site. Ban Ki-moon also visited Astana in June 2015 to participate in the Congress of Leaders of World and Traditional Religions as a guest of honor.

On the initiative of Kazakhstan, the UN proclaimed Aug. 29 as the International Day against Nuclear Tests. Since 2009, this date is celebrated annually throughout the world. Kazakhstan also initiated the Universal Declaration for the Achievement of a Nuclear-Weapons-Free World, adopted by the UN General Assembly in December 2015.

“I would like to note that Kazakhstan has clearly defined working priorities in the UN Security Council, which were detailed in the political address of the head of state. First of all, we are talking about achieving peace and freedom from nuclear weapons, renunciation of wars and forceful methods of solving any conflicts as well as the international evil called terrorism. It is also worth recalling that Kazakhstan is the first country from our region that represents the interests of the region in the UN Security Council,” Ashikbayev pointed out. 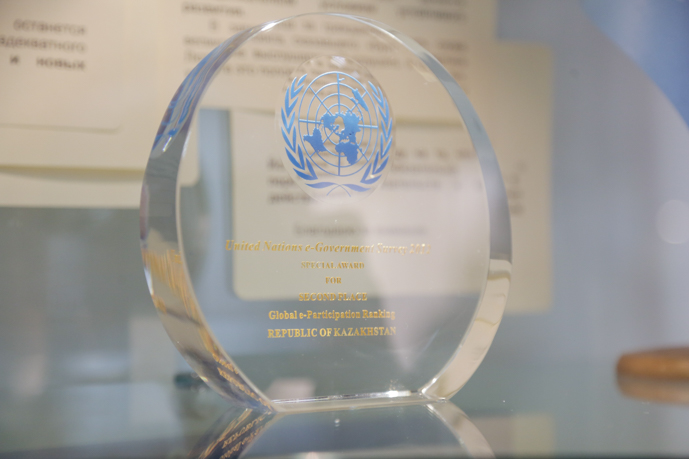