Astana to be positioned as one of leading platforms for Islamic finance, says AIFC governor

ASTANA – The future and prospects of Islamic finance in the CIS (Commonwealth of Independent States), as well as investment opportunities, Islamic capital market development and other issues, were discussed March 14 at the Islam Finance News (IFN) CIS Forum in the capital. The Astana International Financial Centre (AIFC) is expected to play a major role in Islamic finance development within the region. 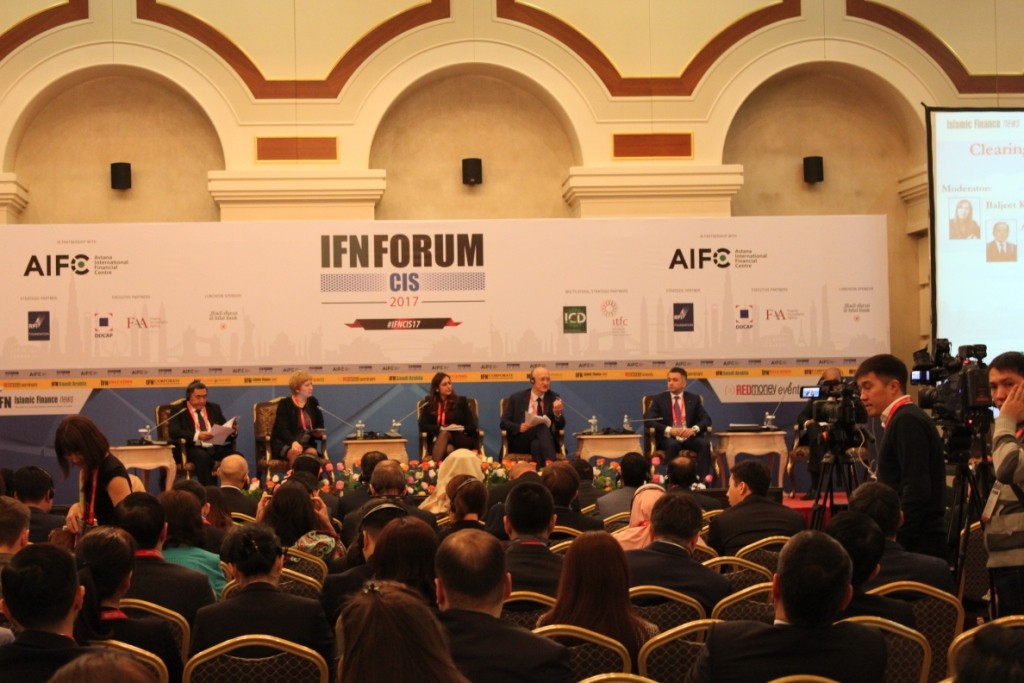 Kazakhstan would also use the centre as an opportunity to attract investments to the country, he added.

Islamic finance involves special legislation that implies high ethical principles which must be correlated with norms of Sharia (a system of religious law in Islam). This has prompted discussion, as some financial instruments are considered by many countries to be in strict accordance with Islamic financing, while some adhere to new ethical standards. In any case, Kazakhstan may consider becoming the pioneer in Islamic finance in the CIS countries, added Kelimbetov.

Islamic finance is one of the core pillars of the AIFC development, along with capital markets, asset management, private banking, financial technology and green finance.

“I believe that the next stage, a big breakthrough, is working within Islamic finance in the AIFC. Starting Jan. 1, 2018, we expect that there will be a lot of applications for Islamic financing licenses. We can say that in the next two years, the Islamic Development Bank plans to invest $300 million in Kazakhstan through both Islamic institutions and other tools. We, as AIFC, would like to be become the so-called ‘window’ for these investments,” he said.

Kazakhstan has been consistently working on creating and improving the regulatory framework for Islamic finance since 2008. The latest amendment, concerning the issue of Sukuk (financial certificates) and the conversion of a traditional bank into an Islamic one, entered into force in November 2015. That fact puts Kazakhstan in a unique position within the CIS region as the only country with such developed Islamic finance legislation.

In addition, according to the Thomson Reuters Islamic Growth Markets Investment Outlook report, in 2015 Kazakhstan was ranked fifth as an Islamic investment destination country among 57 OIC (Organisation of Islamic Cooperation) member countries.

In the last five years, CIS markets have started an active integration process due to the formation of the Eurasian Economic Union (EAEU). The treaty came into effect in 2015 and aims to create an attractive centre for economic development.

“Islamic finance may become one of the strongest driving forces toward the effective development of a large regional market that unites more than 170 million people, as the Islamic finance market is attractive due to its demographics and strategic location, as well as being blessed with an abundance of natural resources,” according to the press release by REDmoney, which organised the forum.

During his speech, Khaled Mohammed Al-Aboodi, CEO and General Manager of the Islamic Corporation for the Development of the Private Sector (ICD), noted the CIS has a high potential of Islamic finance development. He emphasised Islamic finance makes it possible to diversify the sources for financing infrastructure projects. Islamic microfinance is the best tool for reducing poverty, he added.