By Zhanna Shayakhmetova in People on 22 March 2017

ASTANA – The breathtaking pictures of exotic marine life taken by Almaty resident Nadezhda Kulagina took the fourth and sixth places in the wrecks category of the 2017 Underwater Photographer of the Year competition. 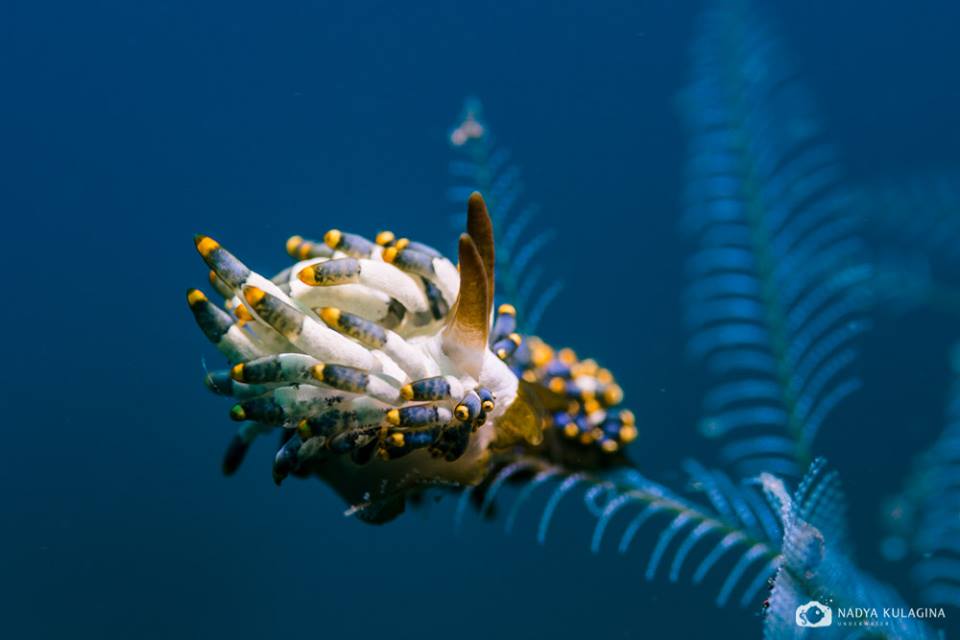 An interpreter by occupation, Kulagina has been involved in underwater photography for seven years. She specifically went to Sudan last year, going to the bottom of the Red Sea with like-minded people. Several dives were devoted to the study of the Umbria, the sunken Italian ship.

“I’ve always wanted to learn diving, but we do not have such an opportunity in Kazakhstan. Once I visited Hawaii, I tried diving for the first time. It was incredible and I decided to continue this hobby. After many years, I went to Thailand and learned diving there. After I learned to dive, I realised that I needed to take pictures. By this time, I was fond of photography and had my own studio, so I decided that my studio should be moved under water,” said Kulagina in an interview for this story. 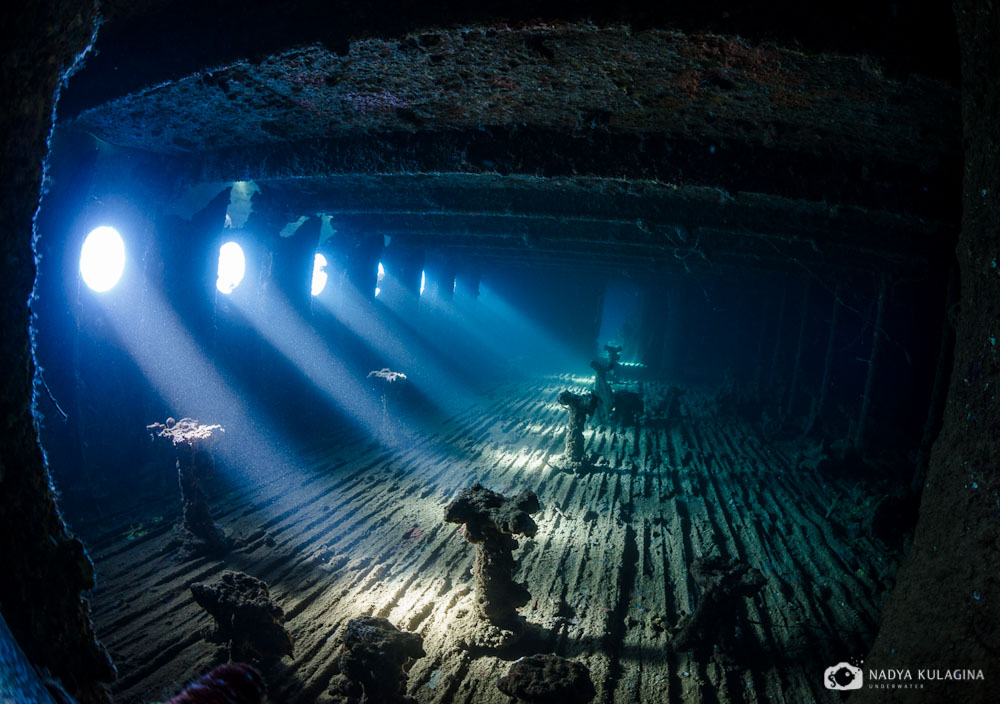 Her photograph “The Haunted Room” caught the attention of the jury with an atmosphere of complete tranquillity in the underwater scene and the flooded ship imprinted with rays of sunlight.

“The wreck cat[egory] was strong this year and one image which particularly caught my attention was this internal view. The position of the sunbeams pouring onto the decking is particularly eye-catching and the author has exposed both midtones and highlights. The composition leads the eye back and forth through the wreck and towards a door in the distance. The depth perspective of this image and its view is most eye-catching,” said jury member Martin Edge.

Kulagina noticed the room flooded with light on her way back from the dive. The rays streaming through the portholes were lined up nicely, creating a mysterious look of the way the room might have appeared when the Umbria was still intact and plying the seas.

“I couldn’t miss an opportunity to take a picture. The wreck lies on its side with the portholes looking up toward the surface, so the saloon is turned sideways, which is very confusing to the human eye. I flipped the camera vertically to take this shot. Since I used a very slow shutter speed to correctly expose the sun beams and still be able to see the far back of the room, I had to rest the housing on the side of the opening through which I was photographing and hold my breath in order not to blur the image,” she said.

The critics wrote “a pleasing composition and a strong idea” about her second picture, “Three Warriors.”

“Having seen hundreds of images of these three beautiful Fiats that rest in one of the holds of the Umbria wreck, I decided to take an image that would stand out from the others. The idea was to use off-camera strobes to light up the cabins of the three cars. Unfortunately, one of the strobes was too far and refused to fire. The hold with the cars is relatively small and very dark, so I had to be very careful not to kick up silt and rust. I was very limited on time, as the rest of the group was already breathing down my neck. To me, these three cars stand tall as the famous three warriors by Russian artist Victor Vasnetsov, hence the title,” said Kulagina.

“The photographs I sent randomly received prize-winning places. I thought that others pictures would catch the attention of the jury. I am still studying the art of underwater photography. Famous underwater photographer Alex Master is my teacher. I attend his master classes and learn a lot from him. I plan to go to Mexico soon. Several years ago I had an exhibition, so if I collect enough works, I will organise it again,” she added.

The Underwater Photographer competition was founded by Bernard Eaton in 1965. Photographers from 67 countries participated this year.