By Aigerim Seisembayeva in International on 17 February 2017

ASTANA – Another two days of talks on strengthening the ceasefire regime in the nearly six-year-old Syrian conflict ended Feb. 16 in Astana with the adoption of a document to formalise monitoring of the ceasefire.

The document will guide the activities of a joint operational group to be formed by Russia, Turkey and Iran that was agreed to be set up during the earlier meeting in January in Astana. The document is also meant to guide confidence-building measures among the opposing sides. 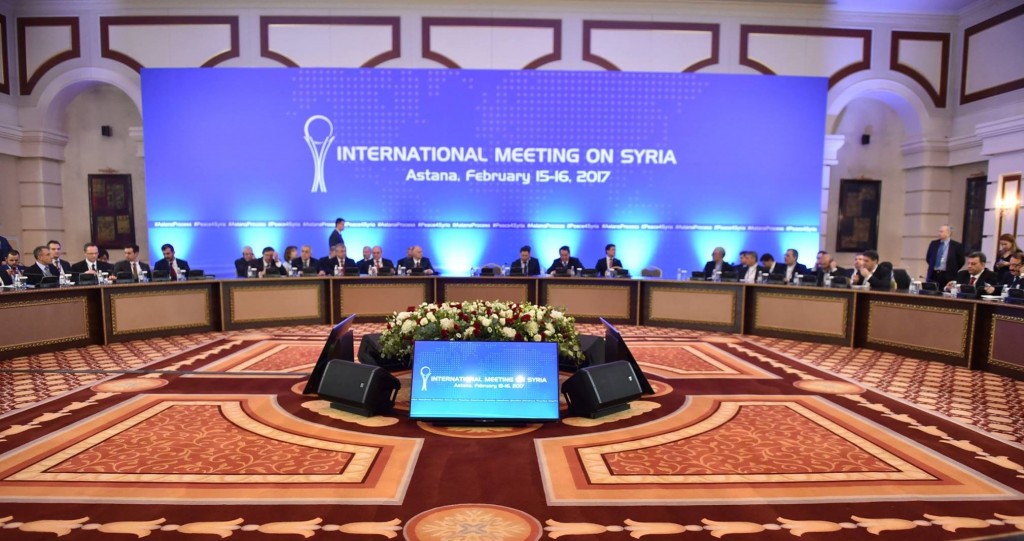 The parties also agreed during the talks to continue discussions of a mechanism to exchange corpes and prisoners, including women and children, said Russian Foreign Ministry Special Envoy for the Mideast Settlement and Director of the Department of the Middle East and North Africa Sergei Vershinin during a Moscow-Damascus-Astana teleconference following the talks.

The meetings were meant to also create a positive momentum in support of Feb. 23 peace talks in Geneva.

In addition to representatives of the trilateral monitoring group, the Feb. 15-16 meetings were attended bythe Syrian Arab Republic’s delegation headed by Syria’s Permanent Representative to the UN Bashar al-Jaafari and the Syrian armed opposition delegation representing nine groups and being headed by the political leader of Jaish al-Islam Mohammad Alloush. Representatives of the United States, Jordan and the UN attended the talks as observers. 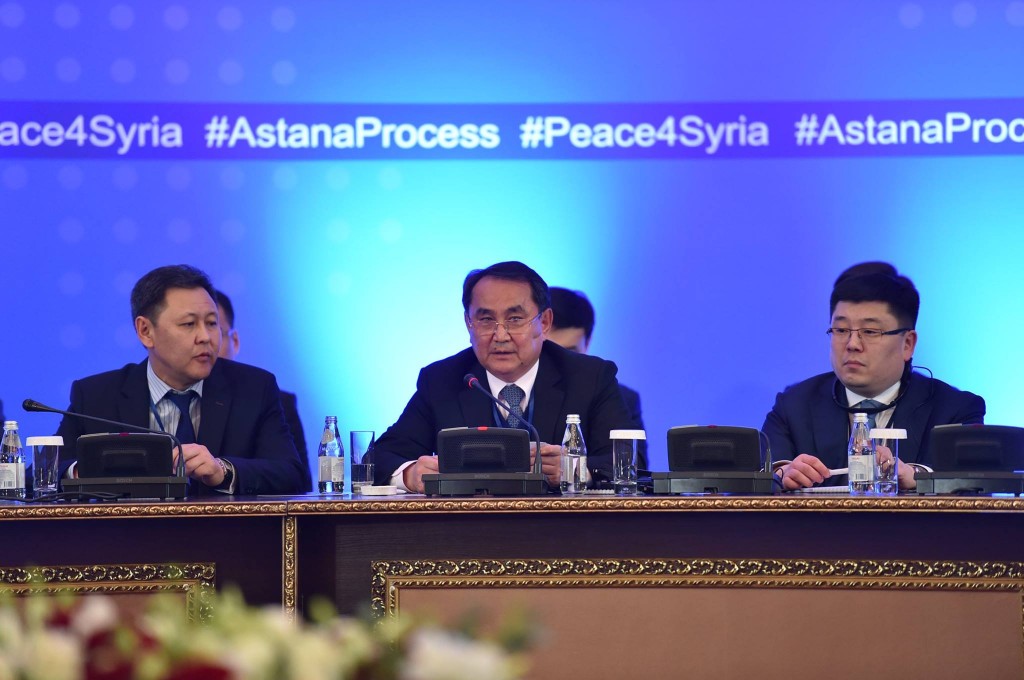 Kazakh Deputy Foreign Minister Akylbek Kamaldinov opened the talks’ plenary session expressing Astana’s hopes that the meetings on Syria would make a tangible contribution to the UN-led Geneva process and ultimately result in a comprehensive peace agreement on Syria.

“Kazakhstan, as a non-permanent member of the UN Security Council for 2017-2018, will make every effort to address issues of regional and global security. In this regard, we are prepared to further contribute to the process of Syrian settlement,” Kamaldinov said.

He highlighted that all the meetings in Astana were held in a constructive manner, and showed the importance of the Astana platform created with the support of President Nursultan Nazarbayev.

In a press briefing following the end of talks, Al-Jaafari emphasised that Damascus is committed to taking all steps to comply with the ceasefire regime in order to stop the bloodshed. 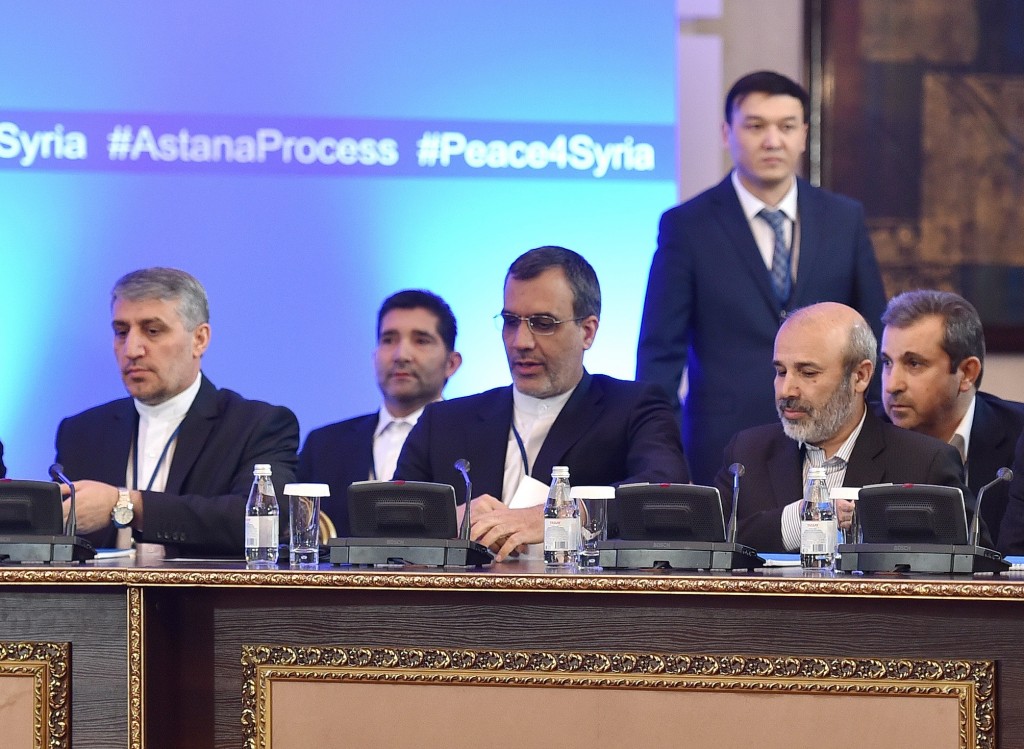 He said Turkey “cannot be fanning the flames and extinguishing them at the same time.” Al-Jaafari accused Turkey of continuing to facilitate the entry of “tens of thousands of mercenaries” to Syria and said the talks ended without a final statement because of the late arrival of the Turkish delegation and the Syrian opposition.

Alloush, in his turn, said all opposition groups represented at the talks would as well take measures to support the shaky truce.

Despite the objections of the Syrian armed opposition concerning Iran’s participation, the decision to establish the joint Russia-Turkey-Iran group was approved.

“We also discussed mechanisms to establish control over the ceasefire regime. Russia mentioned a brief document in response to the document that we presented,” Alloush said at a press conference.

The head of the Syrian armed opposition emphasised his delegation’s commitment to acting in the interests of the people of Syria, who have suffered a lot over the six years of the conflict. 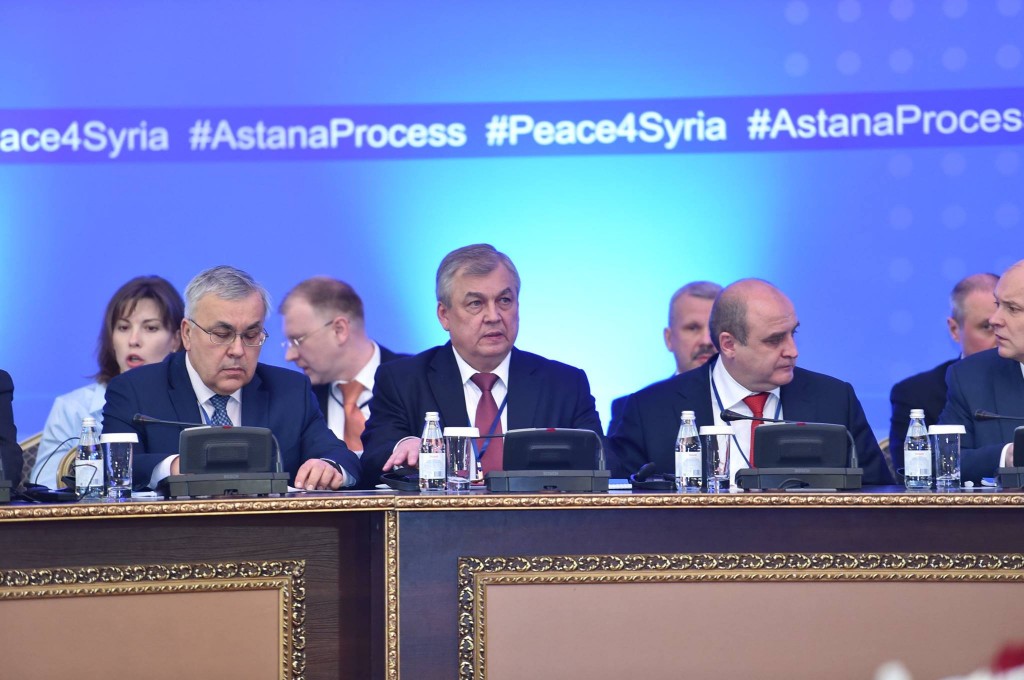 Head of the Russian delegation and Representative of the Russian President on Syrian settlement Alexander Lavrentiev noted that “the Astana platform is not confined to military matters on Syria, the parties might as well engage more closely with political issues.”

He also stated that there were two more documents that hadn’t been signed in Astana. One of them sets the procedures of identifying and preventing violations and provides for sanctions against violators of the truce. The other deals with areas that are under the control of moderate Syrian armed opposition groups that have signed the Dec. 29 ceasefire agreement. Lavrentiev said both documents might be adopted within less than a month.

The Feb. 15-16 talks followed two previous rounds of Syria negotiations in Astana. The first meetings were Jan. 23-24 and were the first to include both the Syrian government and the Syrian armed opposition. Representatives from Russia, Iran and Turkey also attended as well as representatives of the UN and the United States who attended as observers. The trilateral group, as well as observers from Jordan and the United Nations, met again Feb. 6 to discuss mechanisms to monitor the ceasefire.

The Russian delegation’s Vershinin said the Astana meeting was “another important step” towards bringing the ened of the conflict closer.

Al-Jaafari also said that the Geneva meeting “needs to take into account the Astana-1 and Astana-2 results and resolutions so that they become a basis for the work in the upcoming meeting.”