By Kamila Zhumabayeva in Culture on 24 February 2017

ASTANA – “Kelinka Tozhe Chelovek” (“Daughter-in-law is a Human, too”), a small budget comedy from Kazakh director Askar Uzabayev, was scheduled for a Feb. 23 release. 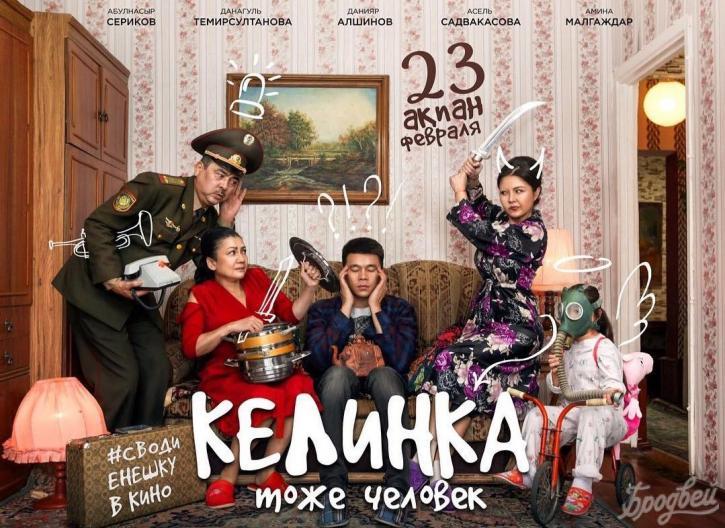 The film tells the story of the tense relationship between wicked mother-in-law Maira and daughter-in-law Aizhan living under one roof. There is very likely only one way to solve their family issues and improve their relationship. Aizhan and Maira literally switch bodies after Aizhan drinks from an old teapot she received as a gift from an enigmatic clerk at an antique shop.

“When we were in one of the venues with Askar, I told him I liked the idea of kelinka and eneshka (mother-in-law). He replied that there was a script almost complete and that I could read it,” said the film’s actress and general producer Assel Sadvakassova, according to Tengrinews.

Uzabayev, however, was working on his own at a time and did not wish to talk about teamwork. 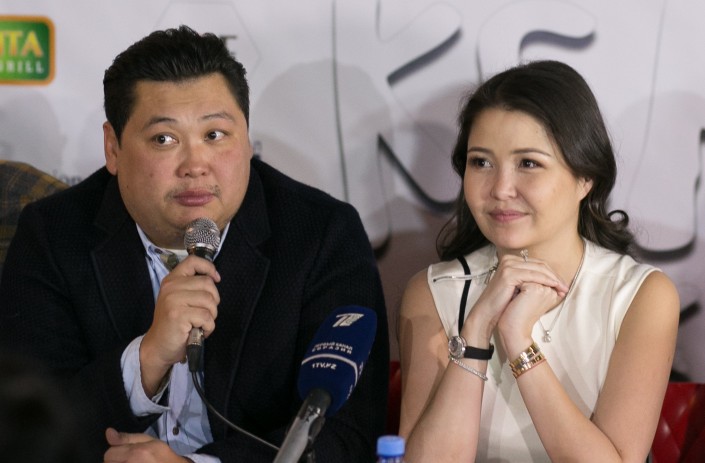 “When I finished reading it, I really liked it and I began to ‘work on it’ so that we could make this project together,” she added.

A movie about family values always was and will be of interest, said Uzabayev.

“Our film happened to be about a relationship between a mother and a daughter-in-law and their adversarial position. We wanted to laugh at it all and make a satirically interesting film. In theory, this topic will never be old. But we will close the topic about ‘kelin’ with this film, because there are many other topics in the Kazakh film scene that were not opened up yet,” he noted.

He added an idea to make a movie about feminists in Kazakhstan emerged during a press conference. It was intentionally made with a small budget and, in fact, with a low budget.

“We wanted to prove that one can make a good film based on its screenplay, acting and fullness without spending some hundreds of thousands or millions of dollars on it. And it can teach completely different big-budget films a thing or two,” said Sadvakassova.

Despite its comedy genre and many laughable moments, the movie is quite insightful and even drives some viewers to tears.

“Many topics are opened up in this film; creators tell about other family values amidst the relationship of a daughter and a mother-in-law. The entire time I was laughing, standing by, criticising and was emotionally involved with the characters. I even shed a tear a little during some moments.  I am very impressed, although honestly I am quite hard to please,” said Almaty resident Baglan Iteshov.