By Mikhail Maksimov in Business on 20 February 2017

ASTANA – In 2017, the National Bank of Kazakhstan will continue its policy of a free floating exchange rate, its strengthening of the base rate on the real sector of economy and will retain principles of inflation targeting, Daniyar Akishev, chair of Kazakhstan’s National Bank, announced recently. 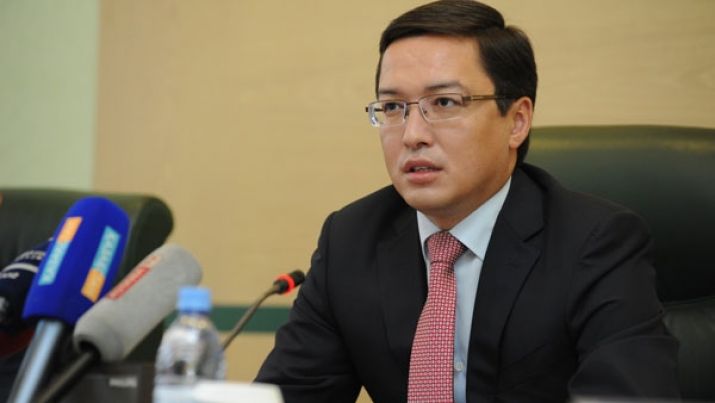 “Last year was a difficult one. It was the first year after high turbulence across the financial landscape. Therefore, the bank had a number of difficult tasks which needed resolving in a short period of time. First of all, reducing inflation. In our view, it is not simply a tribute to theory that a low inflation is an important macro economic index. It is indeed the main figure of social well-being of citizens that lies on the base of efficient activity of the National Bank and its monetary policy,” Akishev noted.

Stabilisation of inflation expectations is another important aspect, according to him. Polls conducted by specialised companies demonstrate a significant reduction of a share for those who expect high growth of prices. The chairman assured that the impact of transferring a change in the currency exchange rate into domestic prices has been overcome.

“Now we will have to work further within standard instruments of monetary policy,” the head of the bank said.

“Liquidity granting or withdrawal by the National Bank automatically takes place in any amounts a financial market participant can be eligible for. This means that with the National ’Bank’s involvement in the market, price for tenge forms, which then transforms into the cost of credit resources for a real sector of the economy,” Akishev continued.

“Basic areas of monetary policy for year 2017,” published in December of 2016, contain the basic priorities of the National Bank.

According to the head of the bank, maintaining the regime of a free floating exchange rate is the first priority while following principles of inflation targeting and keeping inflation at 6-8 percent corridor is the next priority.

Increasing the impact of the base rate via the credit channel on the real sector of economy is the bank’s third priority.

Akishev stressed that the National Bank will continue operations on the currency market and most of the tasks will be fulfilled in case of favourable situations on external markets.

“The main focus will be on continuing information campaigns on openness, awareness-raising activities on all areas and comprehensive expanding published information and statistics. Various forms of information delivery depending on the audience, both for wide public and experts, investment banks and analysts will be elaborated,” he said.