ASTANA – Last month the Almaty-based Institute of World Economics and Politics presented a new book by Talgat Zhumagulov, a Kazakh diplomat, which describes the activities of the nation’s foreign service during the historic chairmanship of the Organisation for Security and Cooperation in Europe (OSCE) in 2010. 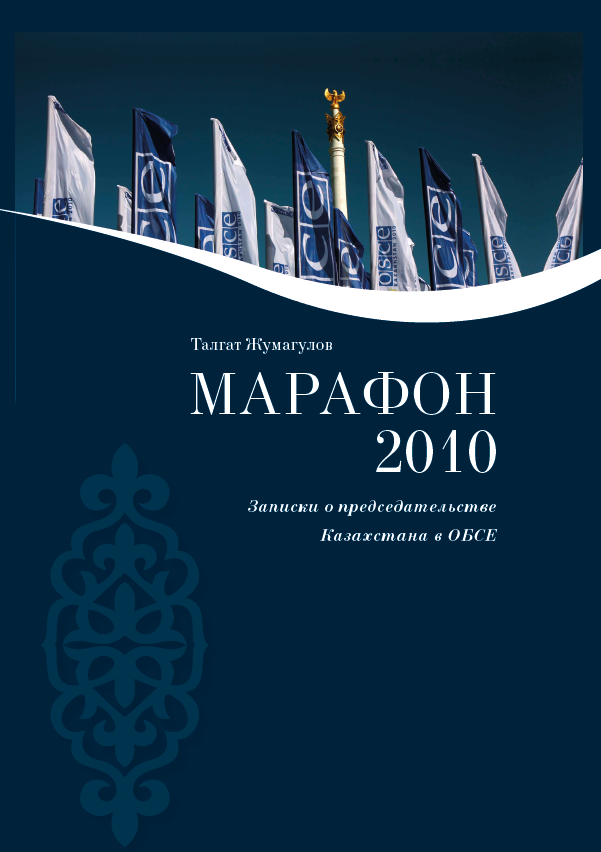 According to a description by the publisher, “the modern history of Kazakhstan is still waiting for its historian but the evidence of direct participants of the events is of interest already today.”

Having read the 320-pages volume titled “Marathon 2010”, The Astana Times decided to approach the author and ask him a few questions about the fruit of his effort.

The idea of ​​writing a book came up in the early days of January 2011, right after the completion of the chairmanship. The book’s core content emerged during the subsequent year based on fresh memories and intensive interviews with colleagues. Great encouragement came from Kairat Abdrakhmanov (then Ambassador in Vienna, now Kazakhstan’s Foreign Minister). I guess, if the book were started today, it would be very difficult to retrieve many valuable details from anyone’s memory. However, only years later it became possible to prepare the whole material for publication.

Speaker of the Senate Kassym-Jomart Tokayev, who stayed at the forefront of preparation and execution of the chairmanship, in his foreword stressed Kazakhstan’s commitment to the OSCE and the importance of further in-depth study of the Organization’s ever-evolving phenomenon.

“The legacy of the Astana Summit and Kazakhstan’s chairmanship may become a distinct subject of a comprehensive analysis in academic and diplomatic circles,” he said.

What in your view is the main legacy of Kazakhstan’s OSCE chairmanship for both the country and the organisation?

First of all, the chairmanship work showed that Europe matters greatly for Kazakhstan, especially in terms of security, development and values. The years of nationwide preparation and carrying out of the chairmanship had strengthened the Europe-oriented political evolvement of the Kazakh society.

Secondly, according to many experts, Kazakhstan succeeded in drawing Europe’s considerable attention to Central Asia.

Thirdly, the management of such a large and complex organisation had enormously strengthened Kazakhstan’s diplomatic capacity. It was a great school for foreign affairs professionals at all levels.

I think the organisation itself had experienced a large ascent during the Kazakh leadership. At the very outset President Nursultan Nazarbayev made it clear that Kazakhstan would put forward an ambitious agenda and revitalise all the areas of OSCE’s work. The President’s swift actions during the political crisis in Kyrgyzstan, the chairmanship’s comprehensive and all-engaging dialogue on European security, the reinvigorated negotiating formats on protracted conflicts, promotion of values of tolerance and non-discrimination and many other activities got strong support and high appreciation from participating states.

And yes, the first OSCE Summit in the 21st century, with the adoption of the very substantial and far-reaching Astana Commemorative Declaration “Towards a Security Community,” is the most valuable legacy. It incorporates huge multilateral diplomatic and expert work and is still to be assessed adequately. 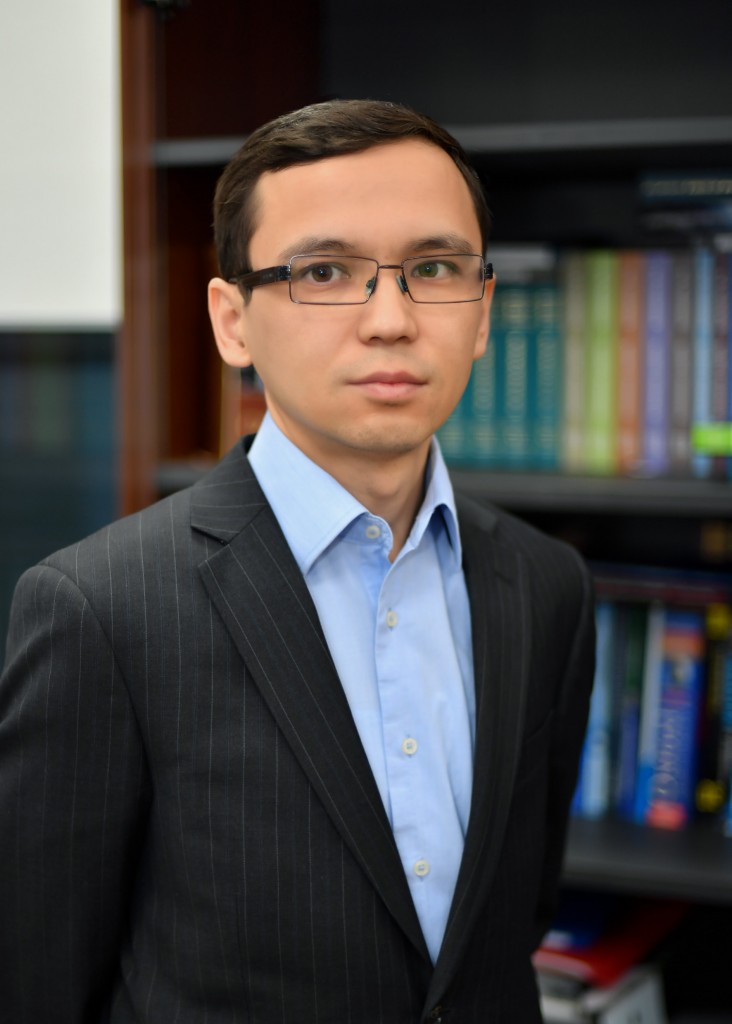 What role do you see for the OSCE now and in future?

As I see it, the OSCE has two unique features. First, it is the only multilateral platform for dialogue on the most pressing security issues in Europe. Second, it provides practical toolkits for conflict prevention, management and resolution, all of which proved to be relevant in the Balkans, Georgia, Nagorno-Karabakh, Transnistria, and recently in eastern Ukraine.

These two features define the OSCE’s indispensability today and for years to come.

Do you get the sense that the Spirit of Astana, coming from the OSCE summit and the Astana Declaration, are still relevant for the body?

Kazakhstan’s idea of the OSCE Summit in 2010 was gigantic at first sight, but its substantive basis mainly derived from the OSCE’s lessons and insights from previous chairmanships, specifically the Finnish and the Greek.

We didn’t say we would invent a bicycle. We said, “we are starting a ‘Corfu Process’,” (named after the Greek island where its first meeting took place and set forth in the 2009 OSCE Athens Declaration on security dialogue). So, continuity is crucial to this organisation.

Kazakhstan swept everybody into a tough yearlong series of intensive all-encompassing multilateral negotiations and innumerable bilateral talks with each of the 56 members. Thus the “Spirit of Astana” is a spirit of the OSCE’s commonness, which for the first time was reflected in the notion of the “Trans-Atlantic and Eurasian Security Community” of the Summit Declaration.

It seems to me that the Astana Declaration was significantly ahead of its time. By today the participating states have not even begun proper implementation of this Summit level document. Yet it contains specific instructions and unique commitments.

How can people get hold of your book? Do you foresee a translation into English?

The book was supported and published by the Institute of World Economics and Politics (IWEP) under the Foundation of the First President of the Republic of Kazakhstan – Leader of the Nation. The IWEP is the only place to purchase the book thus far. My understanding is that there are some complexities in promoting it to the bookstores. I hope the issue will be resolved soon.

An English translation is an excellent idea. I think it is quite feasible and necessary work to do. The OSCE stories of 2010 can be very useful for future chairmanships, participating states’ diplomats and all those who study the issues of international security.

The name of the book hints at your hobby of running marathons. What does it give you? Do you see marathon running gaining in popularity in Kazakhstan?

The word “marathon” was used repeatedly by OSCE diplomats in Vienna as a description of the Astana Summit preparation process. In a way, this was an endurance race for many people involved. I thought it would be an interesting title for the book.

As for the athletic marathon, it has gained a huge popularity in Kazakhstan in recent years. The cities of Almaty and Astana host their own 42.2-kilometre races annually. In terms of organisation, the Kazakh mass marathon events are no less efficient and comfortable as compared to the world’s major city races. And in terms of the beauty of running routes they certainly have no rivals.