By Dana Omirgazy in Business on 15 February 2017 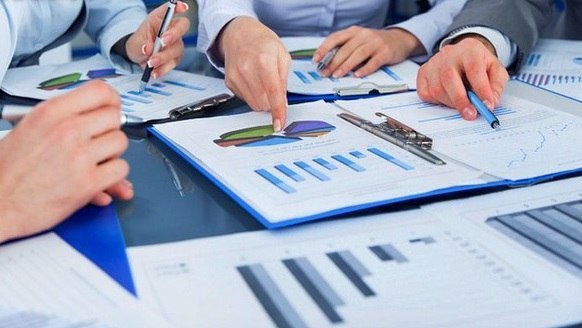 “Over the past few years, Kazakhstan’s economy has been growing at a record pace leaving behind the countries of Central Asia, Russia and the European Union, slightly lagging behind only China,” noted the Kaznex Invest report.

According to the release, more than 20 million hectares were devoted to agricultural crops in 2015. Approximately 50 varieties of crops grow in Kazakhstan.

The same year, Kazakh consumption of agricultural and food products totalled in excess of $35 billion. On average, consumption grew at an annual rate of more than 5 percent (2010-2015) with imports remaining high.

The nation’s location between some of the largest importers of agricultural and food products, like Russia and China, makes the country more attractive for investors. Foreign direct investments in the agriculture and food industry have grown significantly, totalling more than $1.3 billion during the past five years.

The chemical industry was also reported to be attractive for foreign investors due to a rich resource base and proximity to large growth markets, particularly China, Russia, Turkey and Iran.

“Access to low-cost feedstock with a high content of ethane (10 percent) and high demand for petrochemical products in neighbouring countries make investments in this segment attractive. In addition, Kazakhstan is one of the key sources of hydrocarbons to the world economy, ranking 16th in the world by production volume in 2015,” outlined the report.

The Kazakh mining sector is a demand driver for bulk and specialty chemical production, said analysts. According to expert projections, given the positive global outlook for the mining industry, the demand for industrial chemicals will increase. Meanwhile, the growth dynamics of foreign direct investments in chemicals indicates the sector’s increased attractiveness for foreign investments.

Kaznex Invest and McKinsey analysts believe machinery to be another promising Kazakh sector. In 2015, market size amounted to $14.7 billion, although the sharp decline in 2014 and 2015 was largely due to the devaluation of the national currency.

“There is a considerable potential for import substitution in the machinery market, where import share has remained consistently high (80-85 percent) in the last five years,” noted the release.

The fourth most important sector of Kazakhstan’s economy is trade. Its share in the country’s GVA (Gross Value Added) is growing steadily, accounting for 18 percent in 2015.

“The young and employed population of Kazakhstan creates a buoyant demand for modern trade formats in all product categories,” said the release.

Kaznex Invest is Kazakhstan’s investment promotion agency and unified coordination centre for developing special economic zones. It supports foreign companies and private investors interested in setting up business in Kazakhstan and serves the existing foreign investors helping them to expand and develop their business.