By Aigerim Seisembayeva in International on 9 February 2017

ASTANA – Kazakhstan welcomed the first meeting of the joint operational group of Russia, Turkey and Iran set up in January in Astana to monitor the ceasefire in Syria which took placed Feb. 6 in the Kazakh capital. It said the next meeting is provisionally scheduled for Feb. 15-16. 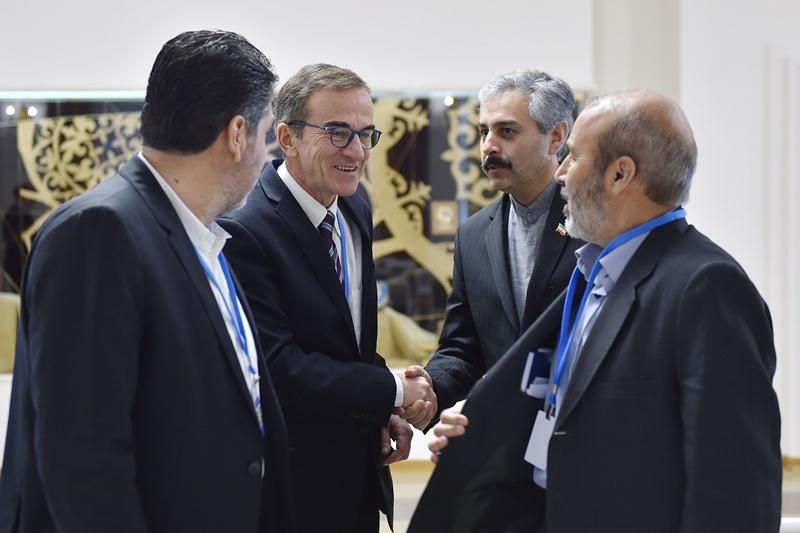 “This meeting, which took place in a business-like and constructive atmosphere, has shown the relevance of the Astana platform created, thanks to the support and authority of the President of Kazakhstan, Nursultan Nazarbayev, to discuss issues of strengthening the cease-fire regime in Syria. The Kazakh head of state is known internationally for his peacemaking initiatives and concrete contribution to the resolution of conflict situations and reduction of tensions among the states of the world,” the Ministry of Foreign Affairs in Astana said in a Feb. 7 comment from its press service. Representatives from the UN and Jordan also participated in that meeting.

The group discussed measures to monitor and verify compliance with the ceasefire, prevent provocations and determine the modalities of the ceasefire. The participants also discussed confidence-building measures to facilitate unhindered humanitarian access, according to Spokesperson for the Office of the UN Special Envoy for Syria Yara Sharif.

The group was formed as an outcome of the so called International meeting on Syria Jan. 23-24 in Astana. The meeting, which was the first to include both the Syrian government and the Syrian armed opposition, was attended by delegations from Russia, Iran and Turkey, the three guarantor states of the ceasefire regime agreed to at the end of December, and UN Secretary-General’s Special Envoy for Syria Staffan de Mistura. U.S. Ambassador to Kazakhstan George Krol attended the talks as an observer.

“We at the Ministry of Foreign Affairs of Kazakhstan proceed from the position that the meetings in Astana on the resolution in Syria, organised with the assistance and active participation of UN Secretary General’s Special Envoy Staffan de Mistura, are aimed at supporting the Geneva process. In this connection, we are convinced that the next meeting of the technical group, tentatively scheduled for February 15-16 in the Kazakh capital, will allow creating the necessary conditions for the launch of the next round of Geneva peace talks under the UN auspices,” the Kazakh foreign ministry said.

It continued: “Kazakhstan’s offering a platform for meetings of interested parties and the strengthening of Astana as a peacemaking capital are among our country’s real contributions to the process of resolving the Syrian crisis as a non-permanent member of the UN Security Council in 2017-2018.  Kazakhstan will continue sparing no effort and taking consistent steps to help find the solutions to issues of regional and global security.”

UN experts have been providing support for the monitoring effort, including the sharing of UN experience and best practices related to the monitoring ceasefires in other settings.

Sharif noted the UN hopes the monitoring group’s efforts will strengthen the ceasefire on the ground and contribute to the Feb. 20 UN-led intra-Syrian negotiations in Geneva and the political settlement in line with Security Council resolution 2254.