ASTANA – SOS Children’s Villages International has built numerous houses for orphans and given families to thousands of children in 135 countries throughout the world. To mark the organisation’s 20th anniversary in Kazakhstan, Corporate Foundation National Director Zhanargul Kusmangaliyeva spoke about its history and discussed plans for the future. 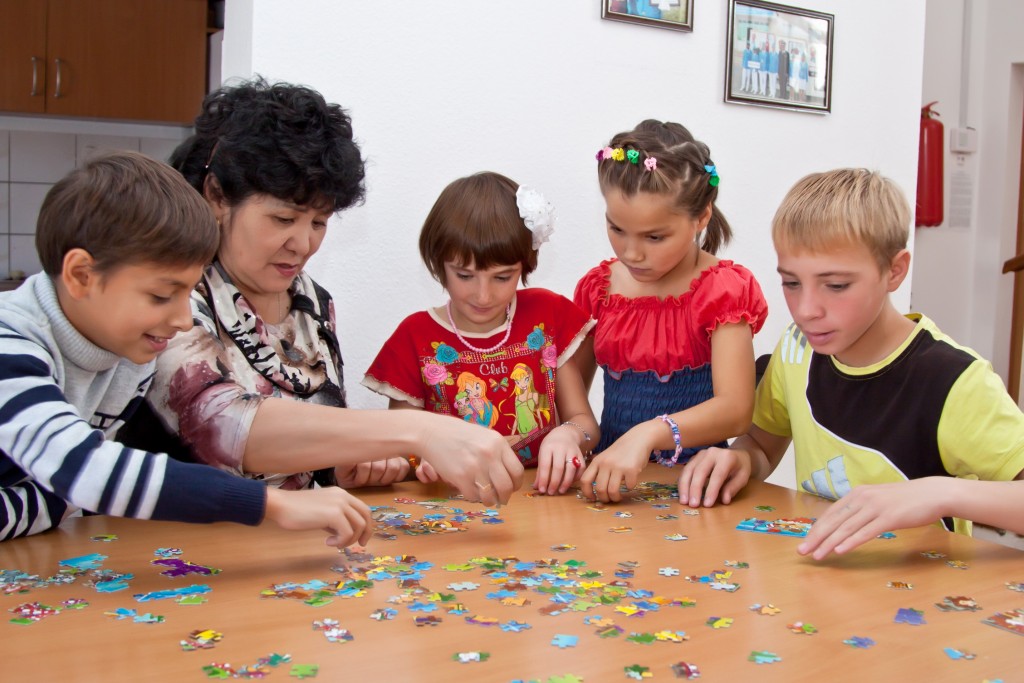 “The idea of children’s villages belongs to Austrian social pedagogue Hermann Gmeiner, who was the first to build the children’s village in 1949 in Austria. Since that time, the network of villages grew around the world. The SOS movement came to our country in 1994 by the initiative of the First Lady of Kazakhstan, Sara Nazarbayeva. She is the Honorary President of SOS Children’s Villages Kazakhstan. The main aim of the foundation is the construction and maintenance of the family-type SOS villages for orphans and children left without parental care and the mission of the foundation is to show the meaning of ‘family’ for hundreds of kids,” she said.

The first children’s village was built in Almaty in 1997, followed by SOS villages in Astana and Temirtau. Each has several houses where 340 children currently live.

“Every house is occupied by a family consisting of five-seven children and a woman caregiver, a so-called SOS mother. All the children call her ‘mother,’ but first of all an SOS mother is an officer who passed serious training because she raises every child from the moment of receipt in the children’s village to adulthood. Our children have an absolutely normal life: they go to regular school and are engaged in arts and sports clubs. Every village also has pedagogues, psychologists and doctors to help the caregivers. I would also like to mention our feature: siblings are not separated and have an opportunity to live together in one family. This is very important!” said Kusmangaliyeva.

She corrected the misnomer that villages are home only to healthy children.

“This is not true. We often accept children with delays in development (retardation) from foster houses. Our experts and mothers need to do everything possible to ensure that kids ‘catch up’ with their peers. Three years ago, the child development centre was opened on the basis of SOS Children’s Village Astana for these purposes. Now, 246 children aged four-ten years receive preschool training and half of them have improved mental and speech development,” she added.

Kusmangaliyeva noted that despite the fact the SOS family model is very close to family conditions, most homes do not have an SOS father.

“Historically, such a model was created because the first SOS Children’s Villages appeared right after the Second World War, when the number of men was much less than women. Now, we have started to select married couples as parents-caregivers. This is perhaps the main news of our anniversary year in Kazakhstan,” she said. 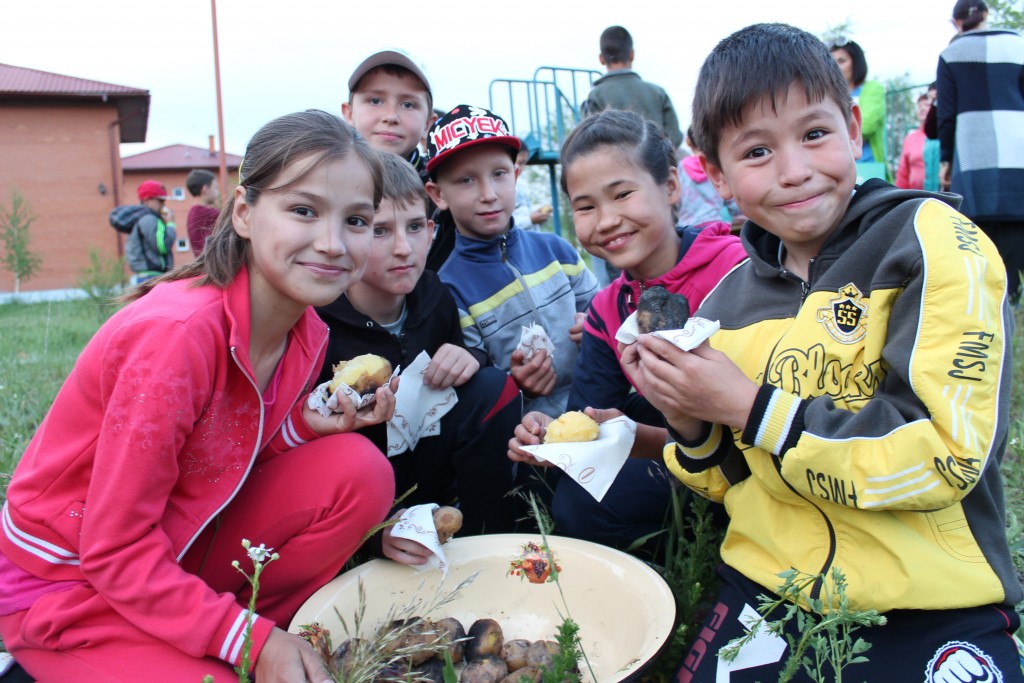 Couples must be married at least five years to become parents-caregivers and spouses must have a secondary or higher education. A pedagogical, psychological or medical degree, as well as the positive experience in raising native and adopted children, is welcomed.

“The couple is allowed to have no more than two of their own underage children. Both the staff of the foundation and its trustees see great potential in this initiative for all who wish to dedicate their lives to children,” she said.

“Our main success is the well-being of our children. Every fifth graduate of Children’s Villages gets a higher education; the rest go to the secondary professional educational institutions. The adolescents older than 16 move to the youth facilities; there are five of them in three cities,” she added.

When the teens are ready to relocate, they are supported by a semi-independent living programme, including partial compensation to rent an apartment until they are 27 or get a personal apartment. 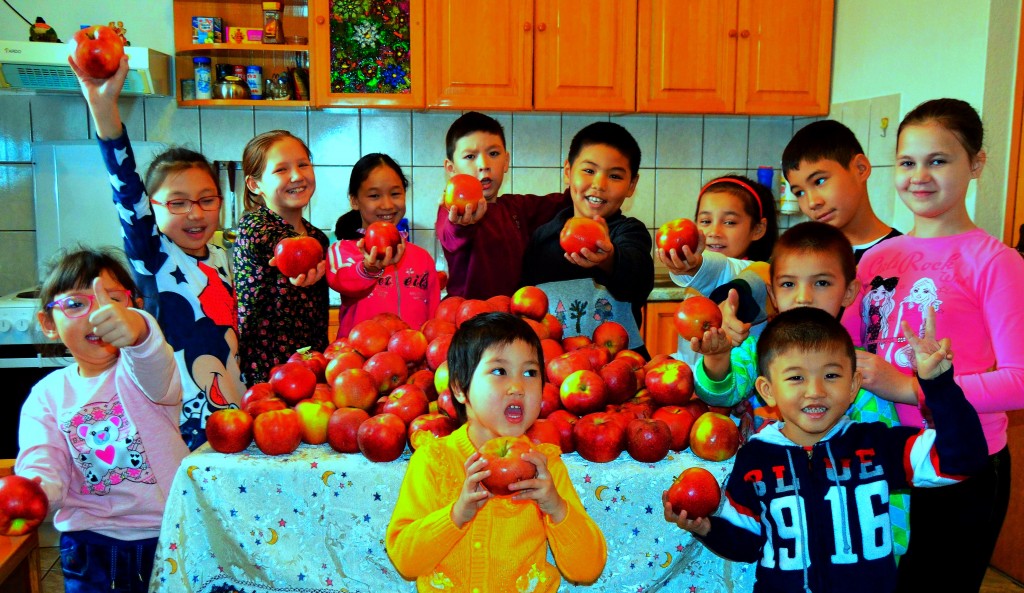 SOS Children’s Villages Kazakhstan has expanded its mission not only to support children’s villages, but also to prevent child abandonment and develop social projects.

“‘Together we build a happy family’ is a project supporting foster parents. This project is implemented under the Heart for Children charitable programme, supported by the Amway for Future charitable foundation and the CAF Foundation,” said Kusmangaliyeva.

“Our experts and invited foreign professionals conducted a series of trainings and consultations for social workers, psychologists, SOS mothers, foster and deprived biological parents. Also, we opened the Youth Resource Centre in the SOS Children’s Village Astana for young people 15-25 years old who graduated from state residential institutions and are in a difficult situation. Here children get legal, social and psychological help. We will continue to establish and develop new social projects. We have big plans for the future,” she added.

“I would like to take this opportunity to thank our dear friends – the Association of the Spouses of Ambassadors in Astana. For several years, we have participated in a Christmas Charity Bazaar organised by them and get a portion of the proceeds to buy clothes for children and for medical needs. We gratefully accept any help – financial and non-monetary. Such assistance is always necessary for children,” said Kusmangaliyeva.