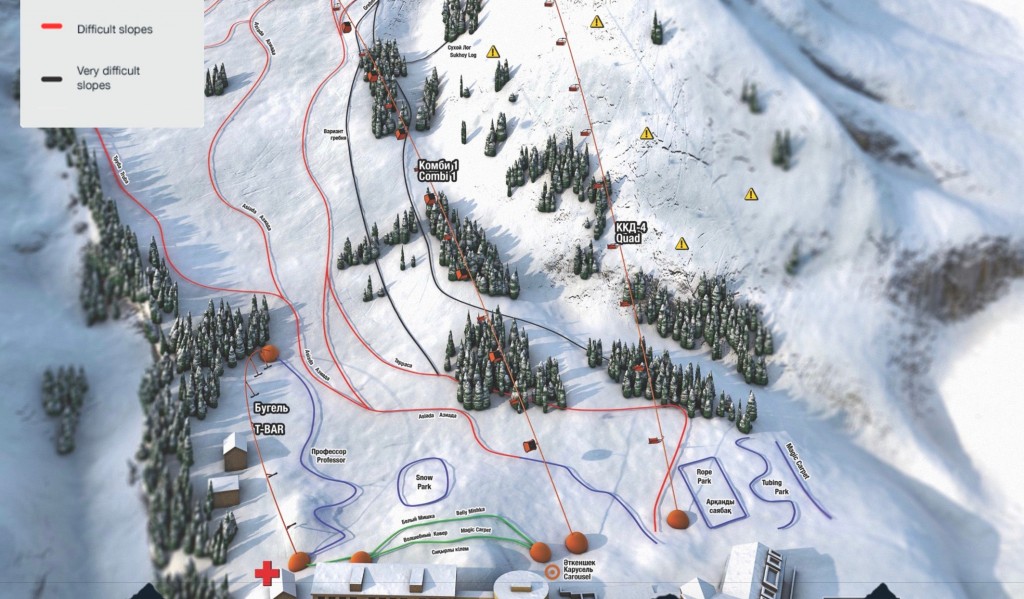 According to the company’s official press service, the resort has shut down the following runs of cable railway Combi 1: Professor, Asiada, Truba, Pole Chudes, Olimpyskiy and Terrasa. The other runs and cable railways will work as usual, including Levyi Talgar, Combi 2 and Travelator.

The press service also notes the railway Combi 1 will operate as usual for hikers as well as for ascending and descending skiers.

According to a resort representative, the sale of weekly season tickets will also be halted during the Universiade.

“Lockers can be rented for one day due to the fact that they will be handed over to the athletes during the competition. And night skiing will resume only after the Universiade,” the press service noted.

Because of such measures, the Shymbulak administration will provide its customers with 30 percent discounts until the end of the Universiade on all day tickets purchased at the box office, as well as an additional 30 percent discount on already reduced prices with online payment via the shymbulak.com or homebank.kz websites.

The company’s website describes the Shymbulak Ski Resort as a place “located in the beautiful Zailiyskiy Alatau mountains at 2,260 metres above sea level. It is 25 kilometres from the city centre of Almaty City and has an average temperature of +25 С in the summer and -7 С in the winter. The average snowfall is around 1.5 metres. It is usually very sunny as the average number of sunny days a year can reach 90 percent.  The ski season normally begins in December and can run until April.”