By Irina Ignatova in Central Asia on 28 January 2017

In the near future, Kazakhstan may become a regional education hub, said Zhanbolat Meldeshov, President of the Centre for International Programmes (CIP), which manages the Bolashak scholarship programme in his recent interview. 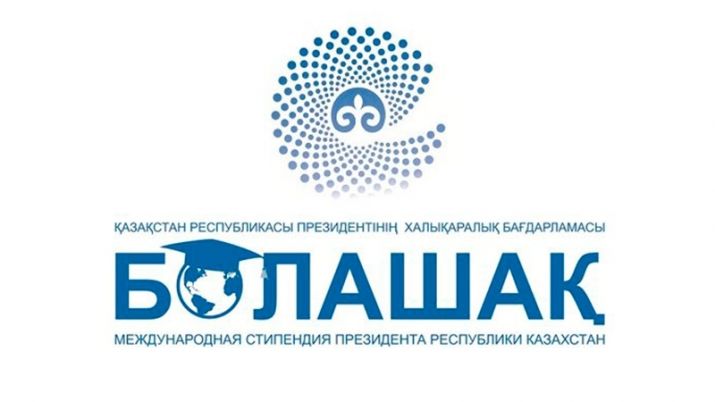 The Bolashak international presidential scholarship was established 23 years ago. How does it help implement state tasks?

The Bolashak international scholarship was established by President Nursultan Nazarbayev in 1993. Young people received an opportunity to study at leading world universities. In 1997, the programme significantly changed when President Nazarbayev introduced the national development Strategy 2030. After that, the opportunities to receive scholarships to study technical and medical professions abroad increased and the number of graduates has doubled.

Since 2012, training and retraining of professionals abroad began to be conducted on the basis of a targeted approach. The dynamic development of the country, opening of new industrial facilities and the close integration into the global community dictated the need to update the competences of employees of almost all sectors of the economy. Bolashak is now available for older people with experience. In addition to academic training, there were introduced scientific and professional internships abroad. Today, we face an ambitious task to train specialists for the implementation of the projects of the Plan of the Nation 100 Concrete Steps..

The professional community has repeatedly raised the issue of the acute shortage of high-class experts in the technical sphere. Also, the question of professional development of teachers and doctors remains urgent. Will the situation get better?

Referring to the statistics, more than 9,000 specialists studied abroad with the help of the Bolashak programme. There are about 2,500 graduates working in the sphere of ​​innovative projects and technologies, the oil and gas sector, metallurgy, energy and the agricultural complex. For example, Bolashak graduates work as construction engineers in large-scale industrialisation projects, such as modernisation of the Pavlodar petrochemical plant, reconstruction of the Atyrau oil refinery and other businesses. More than 2,000 professionals were trained in the educational sphere. Ninety-eight PhD graduates are engaged in scientific and research projects on the basis of universities and major research institutes. More than 500 highly skilled doctors are working in the regions and leading medical centres of Astana. We can say that there are Bolashak graduates in every regional hospital. Our aim is to provide the villages with doctors and teachers with international experience.

This year, the rules of selection for higher educational institutions have been tightened. What is the process of selecting partner universities now?

The main thing for us is the level of training of the applicants. Therefore, since last year, a list of universities recommended by the CIP focused on the universities positioned at the first 100 of the international ranking and included into the top 10 ranking by subjects. However, some European universities do not have a target to be included into the ratings. For example, the University of Strasbourg in France is far from first place in the international ranking, but among its graduates there were 18 Nobel Prize winners. So, this university is included into our list. We also pay attention to the place of foreign universities in the national rankings, its achievements in science, and take into account the recommendations of our foreign partners. Thus, we update our list annually by conducting complex analyses.

President Nazarbayev outlined a new course of reforms in all key areas of state development in the Plan of the Nation 100 Concrete Steps. What kind of work is being done by the centre to implement those tasks?

Last year, the CIP introduced a new development plan for the Bolashak programme until 2020.  Since 2016, all internships are targeted and focused on training of specialists who will work on the projects of the Plan of the Nation 100 Concrete Steps.  The national commission determines the categories of passing professional training. For, example, we already formed a group of fellows for training in the U.K. and the U.S., who in the future will work at the Astana International Financial Centre (AIFC).

It is no secret that the majority of skilled professionals trained under the programme remain to work in Astana and Almaty. How do you solve the issue of strengthening personnel potential in the regions?

Indeed, from 9,000 fellows who studied abroad, more than 2,000 engage in labour activity in the regions. Some imbalance exists due to the fact that the fellows are trained by the tripartite agreement concluded between the student, the programme administrator and the organisation where he works. The prerequisite of the contract is the preservation of the scholarship workplace. Today, the CIP is working to improve its range of administrative mechanisms based on the analysis of the implementation of the programme. In particular, for the development of humanitarian, technical and managerial capacity of the regions, we provide the possibility of an alternative three-year working requirement for those who express the wish to be transferred to local executive bodies and organisations from Astana and Almaty. We believe that obligation to work for three years in the region, instead of five years in the major cities, will ensure personnel rotation.

Applicants for the Bolashak scholarship pass pre-language training in Kazakhstan. How effective is this model?

How much are our Bolashak students desired on their return to Kazakhstan?

Employment of the Bolashak students is not a problem. Nearly in 100 percent of the cases, they can apply their knowledge.

Our graduates work in key areas, such as economics, IT, oil and gas sectors, education and science, the public sector, medicine, law, chemical and petrochemical industry, construction and art. To a greater extent, the programme graduates are in demand in the public sector (56 percent). However, in recent years more and more Bolashak students find themselves in the private sector (29 percent). A good knowledge of languages ​​helps our graduates to be employed in international companies and organisations.

In general, there are many free scholarship programmes aimed both at the undergraduates and professionals, who want to improve their skills. Some universities offer not only free training but also provide scholarships to foreign students, in some cases, even pay for the flight. In many cases, Great Britain provides grants and scholarships for international students. This is not charity, but a natural process of globalisation of education.

There are a lot of opportunities, but sometimes there is not enough information. The CIP has great experience in international educational cooperation and we are ready to act as an information platform on the issues of study abroad. Since the end of last year, we have intensified the work in this direction.

We plan to become a bridge between foreign and Kazakh universities on the establishment of joint programmes and attracting professors to our universities. In addition, for us it is an effective mechanism for the promotion of Kazakhstan’s educational products at the international level. We believe that in the future Kazakhstan can become an educational hub for the Central Asian states.