ASTANA – Roman Catholics in the capital attended Christmas Mass Dec. 24-25 in the city’s Our Lady of Perpetual Help Cathedral. 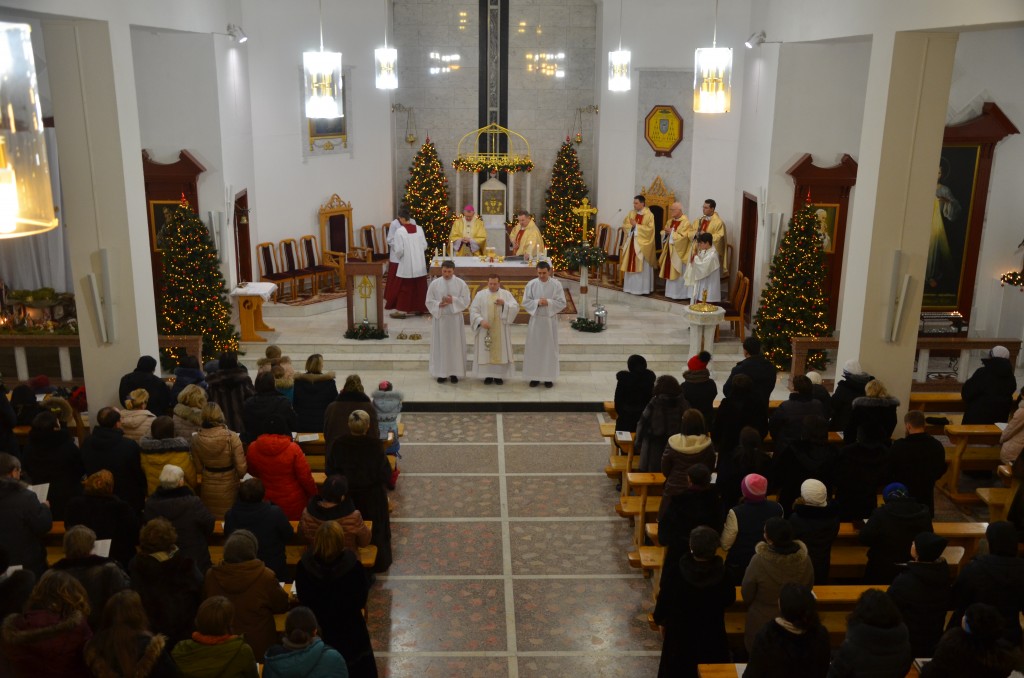 Christmas mass at Our Lady of Perpetual Help Cathedral.

“According to a Catholic tradition, on Dec. 24, on the eve of Jesus’s birth, Catholics get together with their families and loved ones to mark the date. They often read from the gospels, extracts from the Bible where Luke the Evangelist describes how the infant Jesus was born. We hold a Mass at midnight, which has become a tradition and gathers a great number of people. We read the extracts from the Bible in different languages. Normally, the church service is conducted in Russian. However, this year, we read three extracts from the Bible. This first scripture was read in Russian and Polish, the second scripture was read in Russian and Kazakh and the third one was read in Russian and English due to a significant amount of the Catholic expatriate community. On Dec. 25, we had a church service in Russian at 11 a.m. and another one in English at 5 p.m. This we do every Sunday,” Episcopal Conference of Kazakhstan President and Astana metropolitan Archbishop Tomasz Peta told The Astana Times.

The Catholic Church in Kazakhstan is part of the worldwide Catholic Church under the spiritual leadership of the Roman pope. Roman Catholics are a minority in the country, whose population is predominantly Muslim. According to Peta, there are approximately 150,000 Catholics in the Kazakh population of 17 million, most of whom are ethnic Poles, Germans and Lithuanians. The Catholic population decreased in the country after the fall of the Soviet Union, when many German Catholics emigrated to their native land. Kazakhstan also has nearly 3,000 Greek Catholics, also referred to as Eastern Rite Catholics. 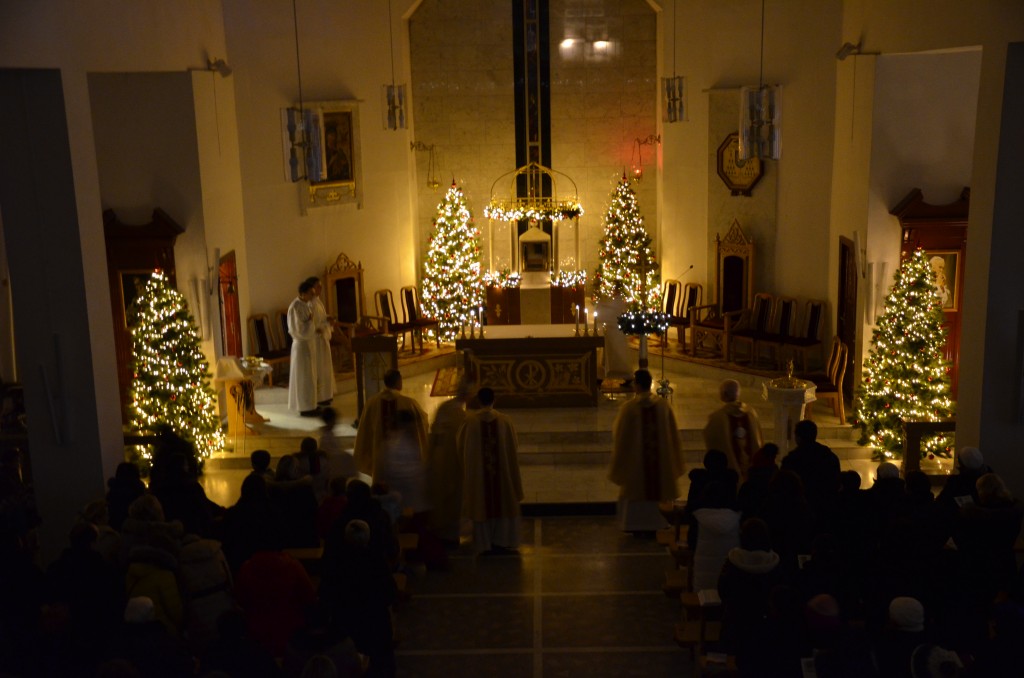 Christmas mass at Our Lady of Perpetual Help Cathedral.

In addition to religious traditions, the cathedral has cultural traditions to mark Christmas.

“On the evening of Dec. 25, we traditionally give an organ concert which is open to the public. It is usually organised by the faculty and gifted students of the Kazakh arts academy. The concert is always a highlight,” said the archbishop.

This year, the cathedral pleased its parishioners with two additional Christmas performances. Nuns and local youth prepared a classical play of Jesus’ birth, staging it just before the midnight mass on Dec. 24. Another performance was given by younger children following morning mass the next day.

“The plays carried a deep message. This year, they were especially touching. These were classical church skits, but with a modern plot twist. For instance, the young kids’ play was spectacular. A kid wishes for a smartphone as a Christmas present on Christmas Eve. Then, an angel descends and shows the child the sufferings and challenges that the underprivileged children are faced with. Then, the angel and the child travel to these homes and help those children to have their wishes come true. In the end, the kid is happy even though he has not received the smartphone he had hoped for. He realises there are other, more profound values in life,” noted Peta.

Catholicism has a long history in the country. The first Catholics to arrive in what is now Kazakhstan traveled along the Silk Road trade routes from the west to the east. In the second century AD, Roman war prisoners were taken to the nomadic steppes after their defeat by the Persians. There is a mention of a small Catholic parish in the chronicles of the fourth century and records of the Melkite monastery in the late fourth and early fifth centuries.

“There are Kazakh tribes that are historically, predominantly Christian. Christianity had a continuous presence in the territory of modern Kazakhstan starting from the first century until the 14th-15th centuries. In the 12th-14th centuries, there was a solid, permanent Catholic mission here. The last Catholic bishop of that period died in 1340 in Almalyk at the border of China and Kazakhstan,” said Peta.

The country’s Christian population saw a rise in the 19th century, when many Poles, Lithuanians, Belarussians, Ukrainians and Russians were deported to the Kazakh steppes under the Russian tsars.

Ironically, another rise was caused by Joseph Stalin, who deported millions of Catholics and their clergy to labour camps in Kazakhstan. For many years, people secretly gathered in their homes to pray. In 1978, the government relaxed the rules and people began to profess their faith more openly. It was only after 1991, however, that the Catholic Church in Kazakhstan was restored; with the fall of Communism, the community felt free to worship in public.

Pope John Paul II established an Apostolic Administration in 1991 and diplomatic relations between the Holy See and Kazakhstan were established three years later. Bishop Jan Paul Lenga gave his blessing May 18, 1995 for construction of a new church. Cardinal Joachim Meisner, the Pope’s envoy, consecrated Our Lady of Perpetual Help, a Latin archdiocese of the Roman Catholic Church in Kazakhstan, on June 27, 1999. The same year, the apostolic administration was divided into four sections; three new apostolic administrations were created in Almaty, Astana and Atyrau and a diocese formed in Karaganda.

Pope John Paul II, the first Pontiff to visit Kazakhstan, made the trip in 2001. Two years later, he elevated Astana to an archdiocese and Almaty to a diocese and Catholic priests were ordained for the first time in the country in 2006.

The archbishop believes one of the greatest freedoms exercised in a society is the freedom of religion and conscience. He recalled meeting with German Chancellor Angela Merkel in Astana. Merkel asked the archbishop if freedom of religion was truly practiced in the country or simply existed only on paper, to which he remembered responding, “the people of Kazakhstan can choose their own religion, faith, choose whether to believe God or not to and that’s a true miracle.”