ASTANA – The exhibition “Cultural monuments of terracotta army of Emperor Qin Shi Huang” will be held at the National Museum of Kazakhstan July 5-8, according to the press service of EXPO 2017. 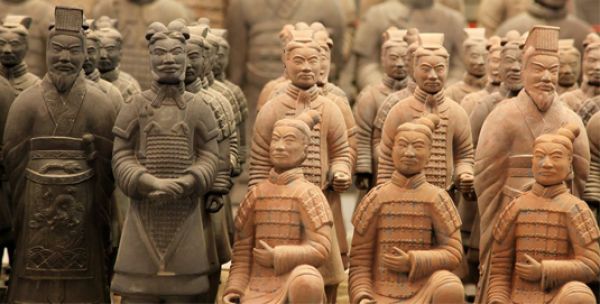 The terracotta army exhibition will be held within EXPO 2017 International specialised exhibition.

The terracotta statues were buried with the first emperor of the Qin dynasty – Qin Shi Huang, who unified China and connected all parts of the Great Wall in 210-209 BC. The year he took the throne in 246 BC, a 13-year-old Ying Zheng (later Qin Shi Huang) began to build his tomb.

According to his plan, the statues had to accompany him in the afterlife and gave him the opportunity to realise his power ambitions in the afterlife, as it was during his lifetime. 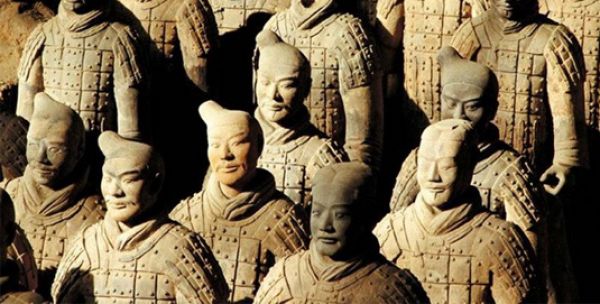 The figures of warriors are real works of art crafted individually by hand with the use of a variety of techniques. Each statue has its own unique features and even facial expressions.

They were discovered in 1974 by local farmers in the Lintong District, Xi’an in the Shaanxi province of China. The figures differ in height according to their roles, with the tallest being the generals. There are warriors, chariots and horses. Estimates were that the three pits containing the terracotta army held more than 8,000 soldiers, 130 chariots with 520 horses and 150 cavalry horses, the majority of which remained buried in the pits nearby Qin Shi Huang’s mausoleum, according to online sources. Also, other terracotta non-military figures were found in other pits, including officials, acrobats, strongmen and musicians. 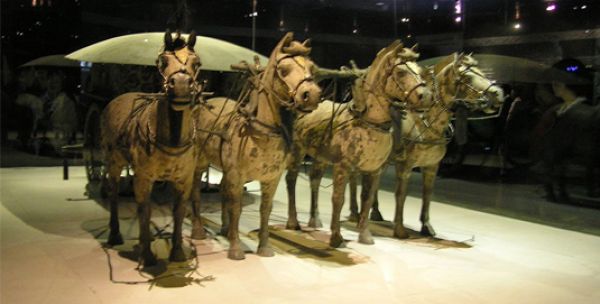