By Aleksander Kuzennyi in Nation on 21 January 2017

The head of the Akmola Public Health Administration Gulnara Kulusheva answers questions about the state of affairs in the region’s healthcare system. 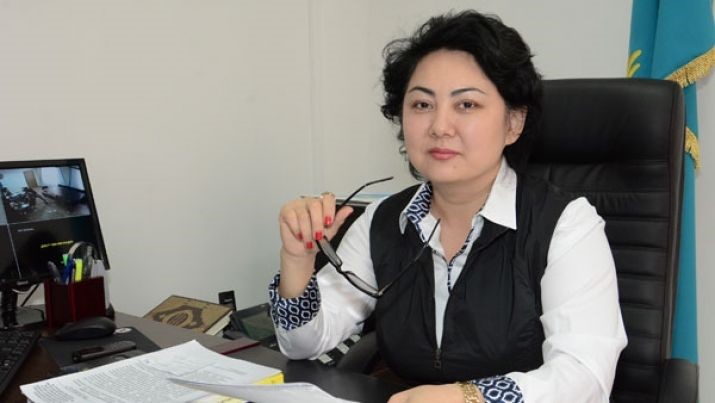 Quality Department for Healthcare Services recently noted an extremely unpleasant thing. It turned out that there are so-called ‘carminative’ diseases caused by senseless attitude of doctors towards patients?

There exists a problem of mercy, compassion and participation in the fate of a patient. Believe me, one would scarcely ever want to admit that, but the facts are stubborn things, and it is better to talk about them. By keeping silent, we hide the medical unkindness; therefore, it can give the new seedlings. It is important to return to our practice the “procedure” when a patient can be treated by a word as well.

What measures do you take?

You can be sure, the severest ones, despite the lack of doctors, in egregious cases we show the door. I am consumed with another idea: mercy and compassion cannot be brought up within a day, month or even a year. Whether it may be present or be lacking at all, therefore, one should ask himself/herself before choosing the most humane specialty in the world: can you treat by a word? For any doctor, it is the most important rule, what is more, for the whole life.

You mentioned shortage of doctors… Has the problem been solved?

It is in process and quite successfully. We have decreased the shortage of obstetricians and gynaecologists, anaesthesiologists and neonatologists. The healthcare department and local executive bodies are working closely. The Oblast Akim Sergey Kulagin instructed the akims of districts and cities of Kokshetau and Stepnogorsk to send 120 school graduates a year to study at the medical academy. At the expense of the local budget, 170 students get a profession in medical institutions of the country. In the current year, 341 experts arrived in the region, among them were 64 doctors and 277 nurses.

Life has become longer. To whom should the credit go?

I think, to everybody. The population, so to speak, has become more careful with its own health. Gyms are built in our region, and still there is shortage of them, people go skiing, jogging, walking and swimming. Ninety percent of health is formed by a person and only 10 percent accounts for medical assistance. Such statistics are observed in developed European countries, but we are just beginning to follow this path and learning by our personal experience that a healthy lifestyle is good and bad habits are bad.

Life has become longer due to contemporary medical equipment as well, which provides not only qualitative diagnostics but also helps to identify diseases at an early stage. Achievements in this area are impressive. Let us consider the latest know-how. Medical equipment was purchased for hospitals providing cardiac care for more than 100 million tenge, for obstetrics and childhood – for 140.4 million tenge, for tertiary patient care by a city hospital in our regional capital Kokshetau  – for 22 million tenge, additionally 73.4 million tenge (US$220,828) was laid down for 2017. Annually, we update the material base of Regional Oncologic Dispensary, Primary Health Care and Regional Hospitals No. 1 and 2.

Recently, we have started to attract experts not only from national-level clinics, but also from near and far abroad. In October 2016 alone, we held four workshop sessions with their participation. Thus, a Lithuanian obstetrician-gynaecologist, Professor Linas Rovas, made a three-day visit to the Akmola Regional Perinatal Center. Every day, he held theoretical and practical training in obstetrics and gynaecology and foetus cardiotocography. There were also planned and emergency surgeries. Task number one for all of us is to eliminate maternal mortality. And we are solving it through inviting international authorities, thus raising the responsibility and professionalism of the local doctors.

We have successfully held a two-day workshop session in paediatric cardiosurgery in the regional hospital. The team of leading doctors from Almaty and Kokshetau did a surgery on a child’s heart. We were preparing three little patients for surgery during a year. In 2016, 11 children were operated on. Since 2008, from the opening of the cardiac surgery department, in total 50 children with congenital heart disease were operated on. The cost of one such surgery amounts to 2.2 million tenge. Akmola citizens take such service free of charge within the guaranteed volume of free medical care. The facility for diseases has registered about 900 children diagnosed with congenital heart disease, 145 of them need surgical aggression, and they will certainly receive such aid.

It is important to have a modern cancer diagnosis. Some patients after learning about their cancer diagnosis, did not entirely trust local experts. There were cases when those were wrong, and the treatment was not so effective. So they went to Russia, Germany, Israel, and now, when they return from there, they say “we have everything at home; we do not know why we went there.” Moreover, foreign oncologists are surprised with the availability of high-end drugs. For example, one package of pellet chemotherapy costs 2,000 dollars, in Kazakhstan, patients receive these drugs free of charge.

Our oncologists are not in need almost in all positions. The regional Dispensary has recently acquired specialised expensive equipment. Now, transurethral resection of a urinary bladder tumour can be carried out in the native walls. The workshop for local surgeons was held by physician-onco-urologist from the Kazakh Research Institute of Oncology and Radiology in Almaty Magzhan Kossanov. In Kazakhstan, such operations have been done for 15 years. And now, formerly unique medical services have shifted to regions. The peculiarity of this minimally invasive surgery is that it is performed endoscopically.

There was a workshop session in Kokshetau City Hospital No.1, where on Oct. 29, the Kokshetau team of doctors, together with the head of Gynaecological Department of the National Scientific Centre Ardak Akhmetzhanov performed endoscopic surgery in three patients with hysteromyoma. Why didn’t such surgeries take place before? There was no equipment.

What can you say about the medical drugs provision for dispensary patients? I recently heard that with Kulusheva’s coming to the post, at last, the order was established.

It sounds dramatic. When money is allocated by the national government, region, you can only manage them competently. There were complaints; now they are a rare exception. National health care has advanced forward in drug provision as well. Before the cost of drugs contained in a special subsidised list of medicine was paid for by the state and half by the patient. But today, the medical drugs provision of dispensary patients is completely free. In 2016, 1.2 billion tenge (US$3.6 million) were allocated only from the local budget for such purposes in comparison to 929 million tenge (US$2.8 million) in 2012.

It is impossible to handle without the help of the government in the purchase of expensive drugs for patients with transplanted organs. Their cost ranges from 65 to 450 thousand tenge (US$196-$1,354). And a person must take such medicine after the operation during their whole life. In 2011, only after a five-year period, there were 12 Akmola citizens that received them for free and today they are 42.

The metropolitan area is believed to be among the leaders in terms of new health facilities construction. Is this information authentic?

Yes. As recently as last year six facilities were built; now there are four more. Currently, 592 medical institutions serve the population of the region.

Kazakhstan health care is moving forward (which is also recognised by international experts), by implementing in 2015 the State Programme Salamatty Kazakhstan (Healthy Kazakhstan). The country launched the implementation of another State Programme Densaulyk (Health) for 2016-19. Its purpose is to strengthen the nation’s health, reduce mortality from socially significant diseases, increase life expectancy and develop primary healthcare.

Our healthcare moves towards the people’s needs. And how it makes it, largely depends on on-site industry managers, all healthcare workers in the region. Now, we are actively preparing for the introduction of compulsory health insurance, which will bring citizens to social responsibility for their health and improve the quality of medical services.