Spacecraft Assembly and Test Complex to Be Completed in 2017

By Azamat Syzdykbayev in Nation on 6 December 2016

ASTANA – Construction of a new spacecraft assembly and test complex is expected to be completed in 2017, according to Kazakhstan Gharysh Sapary national company president Marat Nurgozhin. 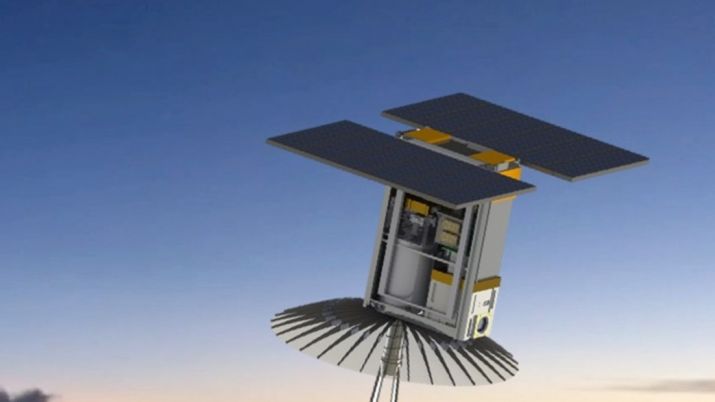 “The most important project to us is the creation of a spacecraft assembly and test complex, which will be equipped with modern technologies. At present, all technological equipment made in countries such as France, Belgium, Germany and the United States is already in Astana and in the first quarter of next year the installation at the respective test sites will begin. We will do everything necessary to complete a spacecraft assembly and test complex by 2017 and the National Space Centre’s ‘heart’ will work,” he said.

The work employs the most advanced technologies which have not yet been used in the Kazakh construction industry. For example, serious difficulties resulted from building the rehabilitation acoustic chamber, but it was completed in September.

The percentage of Kazakh production has increased throughout construction.

“In the course of the project it was decided to increase the proportion of local production from 10 percent to 55 percent, which will include the full cycle of creation of a spacecraft. It will be implemented at the expense of the established special design-technological device with pilot production of the individual components. Without waiting for the overall production process, we have begun to establish test sites,” said Nurgozhin.

He also spoke about other aspects of the organisation, in particular about space remote sensing.

“Space remote sensing of the Earth, which includes two satellites, KazEOSat-1 with high spatial resolution of 1m and KazEOSat-2 with an average spatial resolution of 6.5m which operates only in the multispectral channels, went into operation last year. Both of the space devices are operating normally, carrying out round-the-clock monitoring of the Earth. The satellite ground control and processing of satellite images began working in 2014. Operators of data management went through the training and certification of junior strategic partner,” he stated.

More than 320 -million square kilometres have been already captured, Nurgozhin added. The main consumers are ministries, including defence, energy, agriculture, internal affairs and other state and local agencies. To ensure the country’s needs, the company also uses remote sensing data from foreign satellites.